Seven-time Super Bowl champion, New York Times bestselling author, and entrepreneurial mogul Tom Brady has garnered accolades on and off the field as a leader and expert in peak performance. Brady has won eighteen division titles, seven Super Bowls, three NFL MVP’s and three first-team all-pro awards, all while pioneering a holistic approach to preparation, performance, and recovery. Building on this honed expertise, in 2013 Brady and longtime body coach, Alex Guerrero, co-founded TB12, a health and wellness brand, to share his proven TB12 Method and holistic systematic approach to wellness. Brady’s motivational book, The TB12 Method: How to Achieve a Lifetime of Sustained Peak Performance, has gone on to become a New York Times #1 bestseller.

Brady’s serial ventures include his namesake next generation apparel brand, BRADY. He is expanding his portfolio with his global, multi-platform content company 199 Productions, which already boasts numerous high-profile projects including a partnership with ESPN, Disney, and Religion of Sports to produce the tentpole docuseries Man in the Arena, to tell the story of Brady’s iconic NFL career. He has long prioritized philanthropy, sustaining relationships with a number of non-profits including the TB12 Foundation, Best Buddies, Make-A-Wish and more. Among other notable achievements, Brady has been honored as ESPY’s “NFL Best Player,” Sports Illustrated’s “Sportsperson of the Year,” TIME’s “100 Most Influential People,” and the NFL 100th Anniversary “All Time Team.” Brady shares personal stories of perseverance, leadership, and disruption as well as savvy business insights about the latest trends in impactful conversations for audiences of all kinds.

Play
Now
Media Interview- "I'm still fueled by the love of the game" on NFL Countdown [3:25]

A Conversation with Tom Brady

Seven-time Super Bowl champion, New York Times bestselling author, and entrepreneurial mogul Tom Brady has garnered accolades on and off the field as a leader and expert in peak performance. In this moderated Q&A, Brady shares personal stories of perseverance, leadership, and disruption as well ...

Seven-time Super Bowl champion, New York Times bestselling author, and entrepreneurial mogul Tom Brady has garnered accolades on and off the field as a leader and expert in peak performance. In this moderated Q&A, Brady shares personal stories of perseverance, leadership, and disruption as well as savvy business insights about the latest trends in impactful conversations for audiences of all kinds. 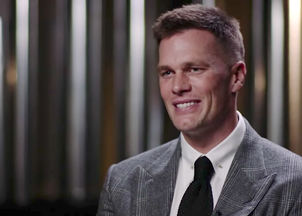 Seven-time Super Bowl champion, New York Times bestselling author, and entrepreneurial mogul Tom Brady has garnered accolades on and off the field as a leader and expert in peak performance. Upon retiring from his record-setting career on the field, Brady steps into his role as a multi-faceted mogul with a diverse and robust portfolio including his health and wellness brand TB12, his namesake next generation apparel brand, BRADY, his multi-platform content company 199 Productions and more. His experience as a leader of winning teams at the highest competitive levels has honed his insights for entrepreneurs and corporations alike, and he challenges audiences to think several steps ahead, cultivate a growth mindset, and compete only with their own potential. 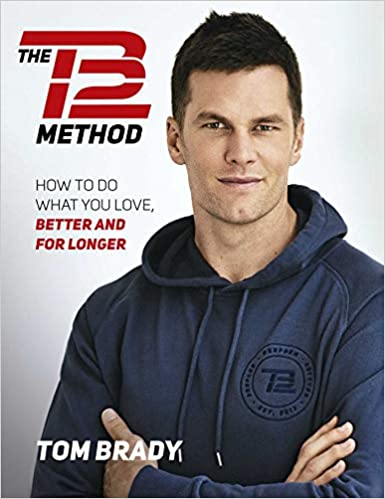 The TB12 Method: How to Do What You Love, Better and for Longer

Tom Brady and Gisele Bündchen Take Equity Stake in Crypto Firm FTX - Bloomberg
Tom Brady’s buzzy celebrity NFT startup Autograph banks $170M from Silicon Valley’s top crypto investors - TechCrunch
The 100 Most Influential People of 2021 - TIME
Tom Brady and Gisele Bundchen Pull Historic Power Move to Grow Their $650 Million Combined Net Worth - Sports Casting
Through Genetics, Luck or ‘Prehab,’ Tom Brady Endures at 43 - The New York Times
Once Again, Tom Brady Did Exactly What He Had to Do - Sports Illustrated
The Time Bandits Who Changed Football - The Ringer
The Only Way Is Through - The Players' Tribune
For Super Bowl Win No. 6, Tom Brady Passes Around the Credit—and Ends the GOAT Debate - Sports Illustrated
Tom Brady: Super Teammate - Forbes
What Tom Brady Can Teach Entrepreneurs About Getting Their Minds Ready for Competition - Entrepreneur
Why Tom Brady Will Never Quit - Men's Health
'You gotta prove it every day': Tom Brady shares leadership wisdom that works on and off the field - CNBC
Biography

Seven-time Super Bowl champion Tom Brady is one of the most accomplished athletes of the past two decades. With 18 Division Titles and ten Super Bowl appearances, Brady’s accolades both on and off the field have inspired a generation of young athletes to pursue their greatest potential. Brady has won six Super Bowl titles with the New England Patriots, as well as one with the Tampa Bay Buccaneers – more than any other quarterback in NFL history.

Throughout his enduring career, Brady and his team have integrated a holistic and natural approach to health and wellness through preparation, performance and recovery. In 2013, Brady along with his business partner, Alex Guerrero, co-founded TB12, a performance lifestyle brand, to share his approach and wellness movement with a global audience. The TB12 brand delivers personalized, comprehensive programming to a worldwide audience and integrates revolutionary concepts in deep-force muscle pliability work, hydration, nutrition, functional strength & conditioning, and cognitive health. TB12 supports athletes through an omni-channel approach that incorporates physical locations and an expansive growth plan, immersive digital experiences, and innovative functional products.

In 2019, Brady and TB12 celebrated the opening of their flagship location in Boston on Boylston Street, offering clients one-on-one and small group training programs to promote athletic longevity, regardless of skill level. They plan to open sites in New York, Miami, Chicago, Los Angeles, San Francisco, London and Toronto. In 2015, Brady published his motivational book, The TB12 Method: How to Achieve a Lifetime of Sustained Peak Performance, a #1 New York Times Bestseller.

Brady’s off-the-field ventures include newly launched 199 Productions, his global, multi-platform content company which will develop original, premium content including documentaries, feature films and television shows. The company already has a slate of projects in development, including several featuring Brady, with gripping stories spanning sports, entertainment and health and wellness among others. The name is a not-so-subtle nod to his draft pick, and projects in development include “Unseen Football,” in partnership with Avengers: Endgame directors Anthony and Joe Russo and their non-fiction group, Wonderburst. The documentary will be a love letter to football, taking viewers into the invisible realms of America’s favorite sport. 199 Productions is also partnering with ESPN, Disney, and Religion of Sports to produce a nine-episode multi-platform series titled “Man in the Arena”, which will be released in the fall of 2021. The series will be a first-hand account of Brady’s iconic NFL career, including each of his ten Super Bowl appearances.

Brady has always prioritized the importance of philanthropy. With his TB12 Foundation, Brady helps young athletes maximize their potential by providing opportunities for holistic wellness education and elite training. He also maintains long-standing relationships with a number of nonprofit organizations, including Make-A-Wish, which creates life-changing wishes for children diagnosed with a critical illness.

Throughout his unprecedented football career and particularly in his first championship season with the Tampa Bay Buccaneers, he has shattered numerous NFL records. Brady is the first player in NFL history to accumulate 80,000 total yards, holds the most game wins of any quarterback, the most consecutive division titles – eleven – and has the most career touchdown passes of any player in history.

Family is the foundation of all of Brady’s endeavors. In 2009, he married environmental champion, global activist, best-selling author and supermodel Gisele Bündchen. He is the proud and supportive father of three children – John, 13, Benjamin, 11, and Vivian, 8.

Born and raised in San Mateo, California, Brady has always been an athlete, playing baseball, basketball, and of course football from a young age. After graduating high school, Brady attended the University of Michigan from 1995-1999, where he fought hard to become the first-string quarterback. His intensive training, persistent work ethic and tireless motivation resulted in Brady finishing his college career ranked as the third best quarterback in Michigan history.

Brady’s achievements throughout his successful career include being honored as ESPY ‘NFL Best Player,’ Associated Press’ ‘Male Athlete of The Year,’ Sports Illustrated’s ‘Sportsman of the Year,’ Sporting News’ ‘Athlete of the Decade,’ and was named to the NFL 100th Anniversary ‘All-Time Team,’ among others.