Award-winning All-Star NHL Defenseman, philanthropist, and entrepreneur P.K. Subban is a dynamic athlete whose impact extends far beyond the sport. As a hockey star, Subban has received the coveted James Norris Memorial Trophy, was named to the NHL All-Star team in 2013 and 2015, and won a gold medal representing Canada at the 2014 Sochi Olympics. Beyond the rink, Subban continues to enhance his roster of projects, founding his media company PeeK Productions and teaming up with NBC Sports to produce P.K. Subban’s All-Star Special and an original docuseries, The P.K. Project. He is a gifted host and moderator, bringing levity and insights to all his various projects, including NHL Hat Trick Trivia, NHL's video game matchup, as well as his YouTube channel. Subban is executive producing the docuseries Black Life: A Canadian History, which will explore 400 years of the Black experience in Canada. Subban is a powerful voice in conversations about social justice, equity, and inclusion, entrepreneurship, and how to make a difference in work and life.

Subban has been profiled by Sports Illustrated in a piece titled 'P.K. Subban Wants to Grow the Game of Hockey. Here's How He Plans to Do It.' and featured in The Daily Beast, Forbes, on NPR’s Wait Wait… Don’t Tell Me!, and more. He founded the P.K. Subban Foundation, which aims to create positive change by building community in support of children and families affected by illness. Through this charitable initiative, he pledged $10M to the Montreal Children’s Hospital, to date the largest donation made by any Canadian athlete. In his keynote for the dedication, Subban shared: “In life, I believe you are not defined by what you accomplish, but by what you do for others.” He also launched his Blueline Buddies program, which connects communities, builds bridges and fosters conversations, and won the NHL's King Clancy Trophy for his off-ice charitable and community efforts. Subban is an in-demand speaker and his insights, star power, and valued-driven vision make an impact at events with audiences of all kinds. 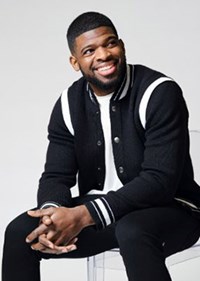 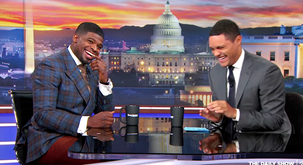 A Conversation with P.K. Subban

Award-winning All-Star NHL Defenseman, philanthropist, and entrepreneur P.K. Subban is a dynamic athlete whose impact extends far beyond the sport. Subban is a powerful voice in conversations about social justice, equity, and inclusion, entrepreneurship, and how to make a difference in work and life ...

Award-winning All-Star NHL Defenseman, philanthropist, and entrepreneur P.K. Subban is a dynamic athlete whose impact extends far beyond the sport. Subban is a powerful voice in conversations about social justice, equity, and inclusion, entrepreneurship, and how to make a difference in work and life. His insights, star power, and valued-driven vision make an impact at events with audiences of all kinds.

NHL Hockey star P.K. Subban is a force of personality and a force for the greater good. He's as skilled on camera as he is on the ice, and injects energy and star power to every event

NHL Hockey star P.K. SUBBAN is the athlete you want to hang with. Gregarious, fun-loving and energetic, Subban lives large-- in sports, in life and in his social and philanthropic activism. He's the man you want to have at your virtual event to generate buzz, keep the fun going- and also to engage in thoughtful conversation, as P.K. never shies away from speaking what's on his mind.  P.K. makes a fantastic choice for emcee or host of your next event.

During the quarantine, he launched a virtual hockey trivia show NHL Hat Trick Trivia and hilariously played the part of commentator for NHL's video game matchup, and even dished on his skills in the kitchen. In interviews and on social media, Subban has been contributing to conversations about social justice and equity, and the importance of inclusion, including in his own sport. Sports Illustrated just profiled P.K.'s efforts in an article titled, "P.K. Subban Wants to Grow the Game of Hockey. Here's How He Plans to Do It."  He runs a YouTube Channel to show fans a different side of him and capture his life as a professional athlete, which features many different topics. His media company Peek Productions was created with a mission to develop content that speaks to a wide audience of individuals, from sports fanatics to aspiring young children. His foundation actively works to empower children and families by creating programs that support them during challenging times in their lives.

P.K. Subban is one of the most dynamic athletes and personalities in sports. Known not only as an All-Star NHL defenseman for the New Jersey Devils, Subban is also a philanthropist, entrepreneur, producer and fashion enthusiast.

A Toronto-native, Subban made his debut in the NHL in 2011 and finished his rookie season ranked among the top 25 defensemen in scoring. After being awarded the James Norris Memorial Trophy in 2013, he was also named to the NHL All-Star team in both 2013 and 2015. In 2017, Subban led the Nashville Predators to their first-ever appearance in the Stanley Cup finals and continues to be one of the premiere players of the NHL. Most recently Subban was acquired by the New Jersey Devils in June 2019.

Subban was named the cover athlete of EA’s NHL 19 with one of the most iconic covers in the company’s history. Additionally, he won the Gold medal representing Canada at the 2014 Sochi Olympics. With these accomplishments, P.K. has become a global ambassador for many sport and lifestyle brands including Adidas, Bridgestone, Red Bull, Wheels Up and others. Subban continues to enhance his roster of projects off the ice.

This year he teamed up with NBC to create a first-of-its-kind content partnership to produce a television special and an original digital docu-series, The P.K. Project. This marked the first time NBC Sports partnered with an active player and was the first deal for Subban’s production company, PeeK Productions.

In addition to Subban’s expansive career in sports and entertainment, he has shown relentless passion for charitable initiatives and enriching his community. His desire to support families who are affected by illness inspired the establishment of the P.K. Subban Foundation. Subban’s dedication and immersive efforts with the foundation have resulted in tremendous growth since its inception in 2014.

His most recent pledge resulted in a $10 million dollar donation to the Montreal Children’s Hospital, which to date is the largest donation made by any Canadian athlete. The hospital showed their gratitude by naming their newly renovated atrium after him, where he continues to surprise staff and patients with his visits.

Extending his philanthropic passion in Nashville, Subban also launched his Blueline Buddies program, where he hosts a member of the Metro Nashville Police Department and an underprivileged youth at every Predator’s home game taking care of game tickets, dinner and meets with the group prior to and after the game to lift their spirits and give them a few hours to forget about everything on the outside. Subban recognizes the importance of athletes serving as role models and building bridges and prioritizes being a part of the solution to social issues that arise in his community.