Lilly Singh is an actress, performer, comedian and entrepreneur. As the host of NBC’s A Little Late With Lilly Singh, she is the only female to host a late-night show on one of the big four networks.

Named one of TIME’s 30 Most Influential People on the Internet, Forbes’ 30 Under 30, and Fast Company's Most Creative People, Lilly has developed a massive, engaged fan base thanks to her hilarious sketch videos on YouTube, collaborations with brands including Smashbox, Bobbi Brown, Dell and Coca-Cola, and her inspiring book How to Be a Bawse: A Guide to Conquering Life.

Heralded for her candor and comedy, Lilly offers hilarious, empowering, and informative conversations about her career, diversity, activism, pop culture and more.

These HWA Speakers are using their voice to highlight how we can come together as a community to make a difference, and how impacts of the coronavirus are inextricably linked to race, socioeconomics, and politics. 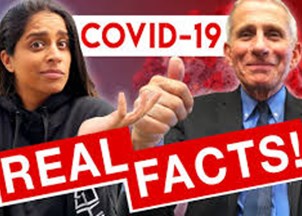 Award-winning YouTube personality and comedian LILLY SINGH has become a go-to comedic voice and source of engaging virtual content amid these unprecedented times. With some 15 million followers on her YouTube channel, Singh produces weekly, hilarious and informative content with recent episodes including myth-busing coronavirus with Dr. Fauci and comedic routines surrounding quarantine. Singh was also sought-out for NAB Show Executive Leadership Summit for a 30-minute virtual conversation on representation in the media; she co-hosted GLAAD's "Together in Pride: You Are Not Alone," a virtual event spotlighting the LGBTQ community response to COVID-19, and participated in Global Citizen's One World: Together at Home--a livestreamed concert event and campaign rallying funds for the COVID-19 Solidarity Response Fund, and the largest gathering of major artists since 1985's Live Aid. Heralded as a changemaker who uses her voice and platform to make an impact, Singh also participated in Verizon's #PlayItForwardLIVE, a livestreamed esports competition that works to support small businesses.

The host of NBC’s A Little Late With Lilly Singh, Singh is the only female to host a late-night show on one of the big four networks. She is also the author of New York Times bestseller How to Be a Bawse: A Guide to Conquering Life in which she shares her keys to success in being a no-holds-barred rule-bender who is unapologetically authentic. Singh brings her virtual mastery and unique combination of comedy and empowerment to every engagement, to talk about topics such as diversity, activism, pop culture and more.

From what we know so far about the coronavirus and how to stay safe, to connecting us to those on the front lines, to bringing us top stories in new "virtual" ways, HWA's leading journalists are engaging and informing in equal measure. 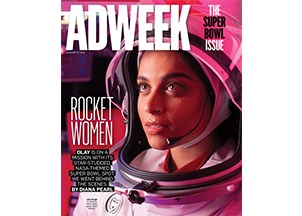 Award-Winning YouTube Personality and comedian Lilly Singh graced the cover of AdWeek's Super Bowl issue in support of her leading role in Olay’s second-ever Super Bowl spot. The Olay commercial served as an important push towards inclusivity as it aimed to have more women see themselves represented on the biggest stage in advertising. As the host of NBC’s A Little Late With Lilly Singh, Singh is the only female to host a late-night show on one of the big four networks. She has also been named one to TIME’s 30 Most Influential People on the Internet, Forbes’ 30 Under 30, and Fast Company's Most Creative People. At speaking engagements she is heralded for her candor and comedy, offering hilarious, empowering, and informative conversations about her career, diversity, activism, pop culture and more.

How to Be a Bawse: A Guide to Conquering Life

Lilly Singh is a multi-faceted entertainer, actress, producer, writer and creator. She is the host of “A Little Late with Lilly Singh,” her NBC late-night talk show that premiered on September 16, 2019. She is also an executive producer as part of her company, Unicorn Island Productions.

A leading force in the digital world, she has amassed a global audience of over 36 million followers across her social media channels, where she writes, produces and stars in comedic and inspirational videos.

In 2018, Lilly appeared in Ramin Bahrani’s Emmy nominated HBO film Fahrenheit 451 opposite Michael Shannon and Michael B. Jordan. She has also appeared in the feature films Ice Age: Collision Course and Bad Moms.

Lilly is a New York Times best-selling author with her book How to be a Bawse: A Guide to Surviving Conquering Life. She has collaborated with Selena Gomez, Dwayne “The Rock” Johnson, Jimmy Fallon, Bill Gates, Michelle Obama, Zendaya and Priyanka Chopra among others. Singh starred in and produced her own YouTube Red feature length film, A Trip to Unicorn Island, in 2016.

A successful entrepreneur, Singh released her own best-selling signature lipstick called BAWSE with Smashbox and has collaborated with Calvin Klein, Pantene and Olay. Singh was named in Forbes’ 30 Under 30 Hollywood & Entertainment list, Fast Company’s Most Creative People and TIME named her one of the most influential people on the internet.

In 2017, UNICEF appointed Lilly as one of their Goodwill Ambassadors. As a prominent voice and activist for women’s rights and girls’ access to education, Singh created her #GirlLove initiative to inspire positivity among women in order to better support each other’s voices and encourage upward mobility.

Lilly currently resides in Los Angeles, California and was born in Toronto, Canada.