Pro Football Hall of Famer Tony Gonzalez is an actor, author, and entrepreneur. He shares lessons he’s learned throughout his storied career about overcoming the fears and obstacles holding you back from your goals to lead an enlightened existence, with actionable takeaways that will be meaningful for any audience.

Gonzalez currently stars as Desmond Porter in Spectrum Originals’ drama series Long Slow Exhale. Set in the high-stakes world of women’s basketball, Gonzalez portrays a former professional football player who struggles with a medical condition. In fall 2022, Gonzalez joined Amazon Prime Video’s Thursday Night Football as an NFL analyst. He worked previously as a sports analyst for CBS’s The NFL Today, FOX NFL Kickoff and FOX NFL Sunday, as well as the Sports Emmy Award-nominated Thursday Night Football pregame show. As an actor, Gonzalez has appeared on NCIS and in the film xXx: Return of Xander Cage, and he and his brother were featured in the documentary Play it Forward. He has written numerous books, and has developed multi-media programs that celebrate and advocate sports for children in an educational format. While Gonzalez is best known for ‘getting open’ on the field, his podcast Wide Open with Tony Gonzalez is a deep dive into conversation with the brightest minds in the worlds of business and entertainment, discussing health, wellness, and mindset, and how to embrace revolutionary change.

Gonzalez’s philanthropic endeavors include a partnership with the Boys and Girls Clubs; Shadow Buddies, an organization that provides emotional support through education and being named an ambassador for Scholars’ Hope. He is also involved with Give Power, a non-profit organization that develops clean water and energy systems, and won a Presidential Volunteer Award for his work with the Books and Buddies Project.

In Conversation with Tony Gonzalez

In this inspirational moderated conversation, NFL Great Tony Gonzalez shares lessons he’s learned throughout his storied career as a Pro Football Hall of Famer, sports analyst, author, actor, and entrepreneur. Gonzalez speaks with thoughtfulness and candor about mindset, overcoming obstacles, and how to embrace revolutionary change, all while leaving a major lasting impact on audiences. 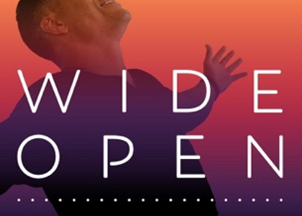 Pro Football Hall of Famer TONY GONZALEZ is best known for getting open on the field, but in his podcast series WIDE OPEN, he dives deep into conversation with the brightest minds in the worlds of business and entertainment to discuss health, wellness and mindset. Each week, listeners learn more about how tackling life's obstacles can lead to an enlightened existence. 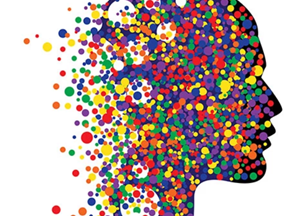 In 2019, CBS News named Gonzalez one of their “Fathers of the Year.” He also launched his podcast Wide Open with Tony Gonzalez, which has been ranked within the top 50 Health & Fitness podcasts on Apple platform. The podcast is an unrestrained and raw look into how to embrace all the revolutionary change taking place in the world of health, mindset, wellness, family and more. Gonzalez takes the audience through a different side of his journey and brings on legendary guests to dive deeper into these topics so you can level up your life physically, mentality, and spiritually, in order to have a more successful and enlightened existence. Notable guests have included Scooter Braun, Jessica Alba, Michael Strahan, Mike Tyson and Deion Sanders. The podcast can be found on all major podcast platforms, including Apple and Spotify. In 2021, Gonzalez and his wife October launched the Tony Gonzalez Poncho capsule collection in partnership with MSX and G-III. Officially licensed by the NFL, the limited-edition Ponchos are sold via HSN and QVC.

Following his retirement after the 2013 NFL season, Gonzalez took his talents to television, appearing as a regular studio analyst on The NFL Today (2014-16), and contributing to other NFL related programming on CBS. An author and entrepreneur, Gonzalez has developed multi-media programs that celebrate and advocate sports for children in an educational format. In April 2015, Play It Forward, a documentary about Gonzalez and his brother, premiered at the Tribeca Film Festival and aired on Showtime. On television, Gonzalez has starred in multiple episodes of NCIS as the character Special Agent Tony Francis. He made his feature film debut in the 2017 blockbuster xXx: Return of Xander Cage alongside Vin Diesel.

Gonzalez’s career spanned 17 years in the NFL, 12 with Kansas City after being their first-round pick in 1997, and five with Atlanta before his retirement in 2013. He is the NFL’s all-time leader in touchdowns (111) and yards (15,127) by a tight end. He also is the NFL’s all-time leader in consecutive starts (120) and Pro-Bowl appearances (14) by a tight end and ranks second overall among all players in catches with 1,325 on his record. Known for his strength and durability, Gonzalez missed only two games during his 17-year career.

Gonzalez attended University of California, where he played football and basketball and majored in Psychology. During his junior season, he recorded 46 receptions for 699 yards and five touchdowns, earning him first-team All-Pac 10 and first-team All-America honors. That year he also was a starter for the California basketball team averaging 17.1 points and seven rebounds and helped lead them to the Sweet 16 in the NCAA Men’s Division I Basketball Championship.

Gonzalez’s philanthropic endeavors include a partnership with the Boys and Girls Clubs; Shadow Buddies, an organization that provides emotional support through education regarding illness, disability, or medical treatments, as well as being named an ambassador for Scholars’ Hope, working with underserved children in Huntington Beach, Calif. Gonzalez has also been involved with Give Power, a non-profit organization that develops clean water and energy systems in communities across the world. He is very active in health, wellness and fitness space. Gonzalez was an investor and trainer in the fitness app FITSTAR, which was acquired by Fitbit in March 2015. In 2021, Gonzalez joined Caldera + Lab as Chief Wellness Ambassador in an effort to inspire men to prioritize their wellness and become the best version of themselves.

The Sporting News named Gonzalez the #1 NFL Good Guy in 2004.  Additionally, he won a Presidential Volunteer Award for his work on the “Books and Buddies” project, which sought to promote understanding between teenagers and seniors. Gonzalez and his wife, October, reside in Austin, Texas with their four children.