Evans has keynoted conferences convened by Bill Gates, Michael Milken, The Economist, and the World Economic Forum (Davos). He has also addressed closed-door sessions of the world’s telecom regulators in Geneva, privacy authorities in Uruguay, and the cabinet-level Senior Executive Council of the Pentagon. His TED talk, How Data will Transform Business, has been viewed more than 1 million times. 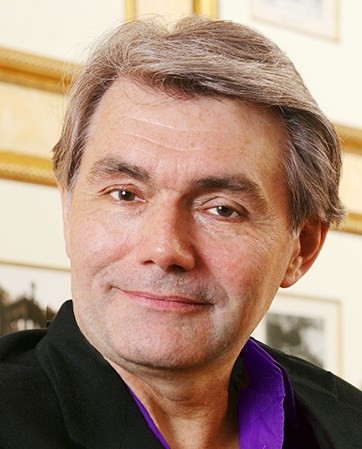 How Data Will Transform Business - What does the future of business look like?

In an informative talk, Philip Evans gives a quick primer on two long-standing theories in strategy — and explains why he thinks they are essentially invalid. ...

In an informative talk, Philip Evans gives a quick primer on two long-standing theories in strategy — and explains why he thinks they are essentially invalid.

Blown to Bits: How the New Economics of Information Transforms Strategy

Philip Evans is a senior partner and managing director in BCG’s Boston office. He founded BCG’s media sector and has consulted for corporations worldwide in the financial services, consumer goods, media, and high-technology industries. He has also advised governments on military strategy, homeland security, and national economic policy.

Philip’s long-term interest is the relation between information technology and business strategy. He is a coauthor of, among other publications, four Harvard Business Review articles, one of which, “Strategy and the New Economics of Information,” won HBR’s McKinsey Award. Blown to Bits(coauthored with Tom Wurster) was the best-selling book worldwide on technology and strategy in 2000 and has been translated into 13 languages. He is a frequent speaker on technology and strategy at industry, corporate, and academic conferences and has given keynote addresses at events convened by Bill Gates, Michael Milken, and the World Economic Forum.

Philip’s fellowship research concentrates on the emergence of a new form of corporate and industrial organization, the stack. A stack is a modular, layered, industrial architecture topped by a peering community. It pictures an industry as parsed horizontally among dissimilar “actors” (only some of which are corporations) and delivering value bidirectionally, with lower layers providing platforms on which participants in higher layers engage in peer transactions.

The skeleton of a stack is a set of rules, often contractual or embedded in the technology, by which markets, hierarchies, and self-organizing “clans” of actors coexist and coparticipate symbiotically. The stack “de-averages” motivation, agency, scale, modes of innovating, and modes of risk-taking. Stacks are newly enabled by the rise of scalable communities and by falling transaction costs. They are given urgency by the intensifying agency problems and market failures that characterize decades-old compromises at the heart of many industries. In many cases, they have advantages over traditional architectures, especially with respect to innovation, adaptability, and the efficient exploitation of scale.

The major output of Philip’s fellowship will be a book titled Stacks, to be published by the Harvard Business Press.

Philip graduated with double first-class honors in economics from Cambridge University, winning two University prizes. He was a Harkness Fellow in the economics department at Harvard and also obtained an MBA with honors from the Harvard Business School.