Please send me availability & fees for Nicholas Negroponte
Thank you for your interest in this Harry Walker Agency speaker.
You will hear from one of our agents in the next 24 hours. If you have any other questions or information, please call us right away at 646.227.4900. Are you also interested in learning more about other speakers? Create a My Speaker List.
A 30-year history of the future | TED [19:43] - Get Sharable Link
https://www.harrywalker.com/speakers/nicholas-negroponte/?videoid=32872
A 30-year history of the future | TED [19:43] 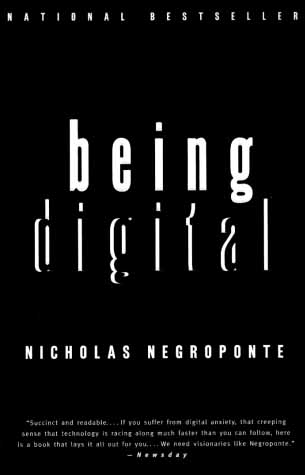 Nicholas Negroponte is a world-renowned technology visionary with the keenest understanding of technology and its impact on business and society. An exceptional speaker, his broad range of experience and thorough understanding of digitization and its impact on industry make him the foremost authority on transformations that define our future. Negroponte is a new media pioneer, and the driving force behind One Laptop per Child (OLPC), a non-profit that seeks to provide children around the world with new opportunities to explore, experiment, and express themselves via computers. After earning two professional degrees in Architecture from MIT, Negroponte joined its faculty in 1966. Based on his extensive research in computer graphics, computer aided design and human computer interface; he founded MIT’s Architecture Machine Group, a combination lab and think tank, which studied new approaches to human-computer interaction. He later also founded MIT’s legendary Media Lab (1985), one of the world’s leading interdisciplinary research centers that applies an unorthodox research approach to envision the impact of emerging technologies on everyday life.

Negroponte continued to demonstrate his big-picture thinking by becoming the first investor for Wired magazine, for which he also contributed a monthly article. Combining and expanding upon those ideas, he wrote the bestselling book Being Digital, which solidified his status as an expert on how the worlds of interaction, entertainment, and information would eventually merge. Being Digital has since been translated into 40 languages. He was the first speaker at TED and spoke over ten times thereafter.

Perhaps his most notable and controversial achievement is his current non-profit program, OLPC, a project to bring durable, affordable and innovative computers to children worldwide. Believing that a nation’s most precious resource is its children, Negroponte aimed to put low cost, robust, connected laptop technology into the hands that need it most-----the nearly two billion children in developing countries. This revolutionary way to promote learning started with Negroponte building five schools in rural Cambodian villages that do not have electricity, telephone or television-----but now have broadband wireless. In November 2005, at the World Summit on the Information Society held in Tunis, Negroponte unveiled the concept of a $100 laptop computer, The Children's Machine, designed for students in the developing world.

Negroponte served on the board of directors of Motorola for 15 years and was general partner in a venture capital firm specializing in digital technologies for information and entertainment. He has personally provided start-up funds for more than 40 companies, including Zagats, Skype, and Ambient Devices.