Gold Medal Olympic figure skater Nathan Chen is setting records and redefining men’s figure skating, one extraordinary win at a time. With his inspiring performances at the 2022 Winter Olympics, Chen cemented his position as ‘Quad King’ – landing multiple quadruple jumps in both his programs and setting Olympic records. Starting on the ice at age 3, he built an impressive competitive resume, and in 2017 he became the youngest man to win the U.S. Championship in more than five decades. Chen has earned numerous titles, winning three World Championships, six Grand Prix events, two Grand Prix Finals, and six U.S. titles, with flawless technique, fearless programs, and exuberant performances. With his second trip to the Olympics, Chen is the first Asian American man to win an Olympic title, and the first Asian American male skater to win U.S., World, and Olympic titles. An expert on developing a winning mindset, Chen offers insights about cultivating focus, harnessing the power of positive self-talk, and enjoying the moment, that have a major impact on audiences of all kinds.

Chen has been featured in GQ, Vox, The New York Times, The New Yorker, Teen Vogue, Forbes, and many more. Following his historic win, Chen thanked figure skating legend Michelle Kwan for being a role model and dedicated his gold medal to his mother for “her never-ending support.” In addition to accolades on the podium, he was named the 2019 Team USA Male Olympic Athlete of the Year, and was included on Forbes’ 2019 “30 Under 30: Sports” list. In captivating conversations, Chen shares his strategies for overcoming obstacles and his triumphant journey to winning Olympic gold. 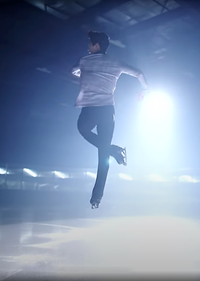 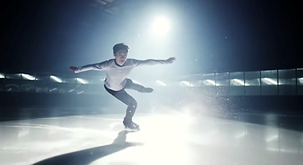 Please send me availability & fees for Nathan Chen
Thank you for your interest in this Harry Walker Agency speaker.
You will hear from one of our agents in the next 24 hours. If you have any other questions or information, please call us right away at 646.227.4900. Are you also interested in learning more about other speakers? Create a My Speaker List.
Rave Reviews About Nathan Chen
“
It was incredible to host Nathan Chen and share his Olympic journey at our annual users conference. The interview was seamless, and all our attendees loved the meet & greet.

What it Takes to Win Gold

In this memorable moderated conversation, Gold Medal figure skater Nathan Chen shares his journey to the 2022 Winter Olympics, where he won a record-breaking and historic Gold Medal. Chen offers riveting insights from his impressive competitive career as he continues to redefine men’s figure skating ...

In this memorable moderated conversation, Gold Medal figure skater Nathan Chen shares his journey to the 2022 Winter Olympics, where he won a record-breaking and historic Gold Medal. Chen offers riveting insights from his impressive competitive career as he continues to redefine men’s figure skating, captivating audiences of all kinds.

Gold Medalist and repeat World Champion figure skater Nathan Chen lets the audience in on how he has developed a champion's mindset in this inspiring moderated conversation. Chen shares practical takeaways for cultivating focus, harnessing the power of positive self-talk, and enjoying the moment tha ...

Gold Medalist and repeat World Champion figure skater Nathan Chen lets the audience in on how he has developed a champion's mindset in this inspiring moderated conversation. Chen shares practical takeaways for cultivating focus, harnessing the power of positive self-talk, and enjoying the moment that will have a major impact with individuals and organizations looking to fulfill their potential and achieve big goals. 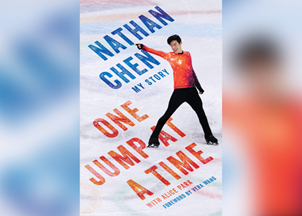 Olympic gold-medalist Nathan Chen says teamwork is a core focus of his new memoir, ‘One Jump at a Time’

Gold Medal figure skater NATHAN CHEN shares his Olympic journey in his highly anticipated and exhilarating memoir One Jump at a Time: My Story. The three-time World Champion tells the story of his remarkable journey to success, reflecting on his life as a Chinese American figure skater and the joys and challenges he has experienced. The book, which he wrote with Alice Park, is slated for release on November 22nd and is already the #1 Best Seller in its category on Amazon. In an interview with Newsweek, Chen shared that teamwork is a core focus of the book, saying: “Everything in my life has really revolved around having a really strong team around me, people that have helped me.” Chen is also working on an upcoming children’s book – Wei Skates On – which is inspired by his identity as a Chinese American and his mother, whom Chen calls “the biggest part of my skating journey.” In his writing as well as in sought-after speaking engagements, Chen shares unparalleled insights about overcoming obstacles to follow your purpose and achieve greatness.

Chen has been an incredibly positive influence in the Asian American community, as the first Asian American man to win U.S., World, and Olympic titles. For his groundbreaking achievements, Chen has been named to Forbes “30 Under 30 Sports List,” the Harper’s Bazaar 2022 Icons list, as well as the TIME 100. In the profile for TIME, figure skating luminary Michelle Kwan wrote: “He’ll inspire generations of skaters to come who will hear his Olympic story and learn that nothing is impossible.” After a fantastic event with O.C. Tanner, the host raved: “It was incredible to host Nathan Chen and share his Olympic journey at our annual users conference. The interview was seamless, and all our attendees loved the meet & greet.”

Nathan Chen said he was 'surprised' by how 'normal' the Olympics felt despite happening in the middle of a pandemic - Insider
The Golden Hour With Nathan Chen - Character Media
Gold Medal Olympian Nathan Chen is the brainy figure skater on a remarkable hot streak - GQ
Nathan Chen was always America’s best shot at figure skating gold - Vox
Nathan Chen Is Winning by Not Trying So Hard to Win - New York Times
Olympic skater Nathan Chen’s 7-word mental hack to capture gold: I stopped thinking ‘I’m here to win’ - CNBC
Nathan Chen Is Waiting for His Silver Medal - The New Yorker
In Nathan Chen’s Olympic Triumph, a Welcome Blast of Joy - The New Yorker
Figure Skater Nathan Chen on the Olympics, the Russian Skating Controversy, and His Future in the Sport - Teen Vogue
Biography

The 2016 U.S. Championships were just a preview of what was to come. In 2017, he ignited the crowd with five quadruple jumps in the free skate. His record-breaking score allowed him to become the youngest U.S. men’s champion in more than five decades.

He headed into the 2018 U.S. Championships with high expectations after having dominated on the Grand Prix circuit and winning his first Grand Prix Final title. Chen earned his second U.S. title and a spot on the U.S. Olympic team headed to PyeongChang, South Korea.

At the 2018 Olympics, Chen contributed to the U.S. team where they won a bronze medal. After faltering in the short program of the men’s event, he performed an extraordinary first-place, five quadruple jump free skate that enabled him to rise from 17th to fifth place. That would be the last time he would lose for the next three and a half years. He won three World Championships, six Grand Prix events, two Grand Prix Finals and four more U.S. titles, all in dominant fashion.

After dominating men’s skating since 2018, Chen returned to his second Olympic Games. He opened his 2022 Olympics in the team competition, flawlessly skating his short program, “La Boheme.” The U.S. Team earned an Olympic silver medal, marking their best-ever team finish.

Chen again performed “La Boheme” in the men’s event. He followed his world record breaking performance with a soaring free skate set to the music of Elton John, who issued a congratulatory tweet upon Chen’s resounding victory. With the 2022 Olympic gold medal, Chen joined elite company as only the seventh U.S. man to ascend the top step of the Olympic podium, expressing his appreciation for the champions who preceded him.

When asked who he dedicates his gold medal to, Chen said, “My mother. No one deserves it more, and I am forever grateful for her never ending support.”

Chen was named the 2019 Team USA Male Olympic Athlete of the Year and was included in 2019 Forbes’ 30 Under 30 list. Off the ice, Nathan plays the guitar and piano and enjoys playing basketball and tennis.

Chen, the youngest of five children, will return to Yale University in August 2022 to begin his junior year, majoring in statistics and data science.