Dr. Michio Kaku is a theoretical physicist, bestselling author, acclaimed public speaker, renowned futurist, and popularizer of science. As co-founder of String Field Theory, Dr. Kaku carries on Einstein’s quest to unite the four fundamental forces of nature into a single grand unified theory of everything.

Dr. Kaku is the author of numerous New York Times bestselling books, including Physics of the Future, Physics of the Impossible, Parallel Worlds, Einstein’s Cosmos, Visions, Beyond Einstein and Hyperspace. His most recent book, The Future of the Mind, was released in February 2014.

Please send me availability & fees for Michio Kaku
Thank you for your interest in this Harry Walker Agency speaker.
You will hear from one of our agents in the next 24 hours. If you have any other questions or information, please call us right away at 646.227.4900. Are you also interested in learning more about other speakers? Create a My Speaker List.
Rave Reviews About Michio Kaku
“
Dr. Kaku was huge hit!!!

Play
Now
In Conversation - The Future of Humanity | Talks at Google [39:26]

How AI and High Tech Will Conquer the Coronavirus

AI expert and theoretical physicist Michio Kaku explains how AI's ability to process vast amounts of raw data will help scientists finding unexpected correlations and causes to diseases, as well as identify and contain hotspots. Kaku explains how scientists will defeat future outbreaks by tracking spikes in thermometers connected to the internet, to developing and manufacturing new vaccines, to responding to all known mutations of a virus, to developing therapeutics.

AI and The Destiny of Humanity

Traverse the frontiers of astrophysics, artificial intelligence and technology to a stunning vision of our future in space, from settling Mars to traveling to distant galaxies. Moving human civilization to the stars is increasingly becoming a scientific possibility–and a necessity. Whether in the ne ...

Traverse the frontiers of astrophysics, artificial intelligence and technology to a stunning vision of our future in space, from settling Mars to traveling to distant galaxies. Moving human civilization to the stars is increasingly becoming a scientific possibility–and a necessity. Whether in the near or distant future, we must face the reality that humans will one day need to leave planet Earth to survive as a species

Physics of the Future

In this talk based on his newest book, Physics of the Future: How Science Will Shape Human Destiny and Our Daily Lives by the Year 2100, speaker Michio Kaku offers a stunning and provocative vision of the future. Based on interviews with over 300 of the world's top scientists, Kaku presents the revo ...

In this talk based on his newest book, Physics of the Future: How Science Will Shape Human Destiny and Our Daily Lives by the Year 2100, speaker Michio Kaku offers a stunning and provocative vision of the future. Based on interviews with over 300 of the world's top scientists, Kaku presents the revolutionary developments in medicine, computers, energy, quantum physics, and space travel that will change our lives and alter the course of civilization itself.

The Future of the Mind

In this talk based on his newest book, The Future of the Mind: The Scientific Quest to Understand, Enhance, and Empower the Mind, Dr. Kaku illustrates the stunning breakthroughs being made in neuroscience, which are finally beginning to unravel the mysteries of the most complex object in the known u ...

In this talk based on his newest book, The Future of the Mind: The Scientific Quest to Understand, Enhance, and Empower the Mind, Dr. Kaku illustrates the stunning breakthroughs being made in neuroscience, which are finally beginning to unravel the mysteries of the most complex object in the known universe: the human brain. Dr. Kaku takes audiences on a grand tour of what the future might hold, explaining how the brain functions and how technologies will change our daily lives. He will present a radically new way to think about "consciousness" and provide fresh insights into mental illness, artificial intelligence and alien consciousness. Learn how what was once solely thought of as science fiction has become a startling reality.

Who Knew Science & Physics Could Be So Fascinating?

Reading the Mind of Gods: String Theories, Higher Dimensions & Einstein’s Quest of a Theory for Everything 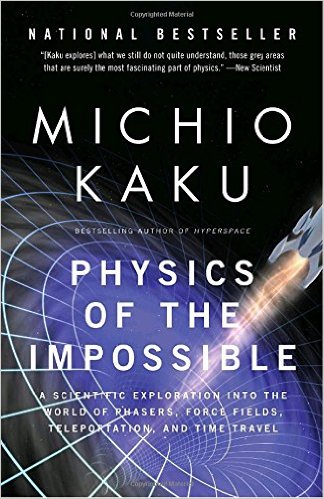 Physics of the Impossible: A Scientific Exploration into the World of Phasers, Force Fields, Teleportation, and Time Travel 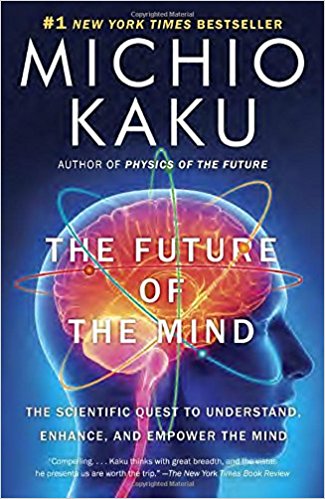 The Future of the Mind: The Scientific Quest to Understand, Enhance, and Empower the Mind 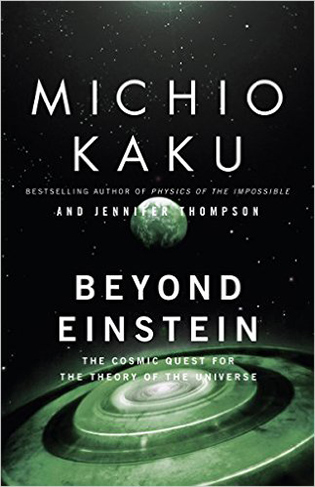 Beyond Einstein: The Cosmic Quest for the Theory of the Universe

Dr. Michio Kaku is one of the most widely recognized figures in science in the world today. He is an internationally recognized authority in two areas. The first is Einstein’s unified field theory, which Dr. Kaku is attempting to complete. The other is to predict trends affecting business, medicine, finance, and our way of life, based on the latest research in science. He has written four NY Times Best Sellers. His latest is the Future of Humanity, which projects the future of the space program decades to centuries into the future. His previous best seller, The Future of the Mind, hit #1 on the NY Times, Amazon, and Barnes and Noble Best Sellers List, making it the #1 hardcover, non-fiction book in the country. He appears regular on national and international TV, and hosts numerous science TV and radio programs.

His Facebook site has over 3 million fans, and over 1 million people receive his tweets per week.

Dr. Kaku holds the Henry Semat Chair in Theoretical Physics at the City Univ. of New York. He graduated from Harvard University in 1968 (summa cum laude and 1st in his physics class). He received his Ph.D. in physics from the Univ. of Calif. at Berkeley in 1972, and been a professor at CUNY for almost 30 years. He has taught at Harvard and Princeton as well. His goal is the complete Einstein’s dream of a “theory of everything,” to derive an equation, perhaps no more than one inch long, which will summarize all the physical laws of the universe. He is the co-founder of string theory, a major branch of string theory, which is the leading candidate today for the theory of everything. His Ph.D. level textbooks are required reading at many of the world’s leading physics laboratories.
He is the author of several international best-sellers. Besides The Future of Humanity and The Future of the Mind, his other New York Times best-sellers include Physics of the Future, and Physics of the Impossible. Other books include Hyperspace and Visions: How Science Will Revolutionize the 21st Century. For Physics of the Future, he interviewed 300 of the world’s top scientists, many of them Nobel Laureates and directors of the largest scientific laboratories, about their vision for the next 20 to 100 years in computers, robotics, biotechnology, space travel, etc. These are the scientists who are inventing the future in their laboratories. The Physics of the Future gives the most authoritative and most authentic understanding of the world of the future. Physics of the Future was also chosen by Amazon as one of the Top 100 Books of 2011.

His book, Parallel Worlds, about the latest in cosmology, which was a finalist for the prestigious Samuel Johnson Prize for Non-Fiction in the UK, and also a finalist for the Aventist science book award.
His other NY Times best seller, Physics of the Impossible, earned glowing reviews from the LA Times, New Scientist Magazine, Guardian Newspaper (UK) and many, many more. It was also the number 1 science book in the United States.

His best seller The Future of the Mind details the stunning breakthroughs being made in neuroscience, which are finally beginning to unravel the mysteries of the most complex object in the known universe, the human brain. Recent scientific advances in brain-machine interface have made possible a form of telepathy, telekinesis, recording and uploading memories, and even photographing thoughts.

He was featured in the full-length, 90 minute feature film, Me and Isaac Newton, which was nominated for an Emmy in 2001. He was profiled in Tech-TV’s Big Thinkers series and is a regular commentator on that cable network. He has spoken on over 500 radio stations around the country.

He has also appeared in a number of major science specials. In 2006, he hosted a four part, four part series for BBC-TV and BBC World on the nature of time, called Time. In winter of 2007, he hosted a 3 part, 3 hour Discovery–TV series about the next 50 years, called 2057. He has also hosted a new 3 part, 3 hour documentary, for BBC-TV about the future of science, called Visions of the Future. It aired in the UK in the fall of 2007, and received glowing reviews from the London newspapers, including the Times, Daily Telegraph, and Guardian. It also received some of the highest ratings for BBC4.

His book, Physics of the Future, became the basis of a 6 hour TV special on the Science Channel called Futurescape.

He also hosts his own national weekly radio program which airs in 70 cities in the US and also the KU national satellite band and internet, called Science Fantastic. It is the largest nationally syndicated science radio show on commercial radio in the United States, and perhaps the world.

He has written several op-ed pieces for The Wall Street Journal, as well as the Boston Globe.