Lawrence O'Donnell is an Emmy-winning producer and the host of MSNBC's The Last Word with Lawrence O'Donnell. Bringing his extraordinary background in politics, entertainment and news to the nightly program, O'Donnell provides the last word on the important issues and most compelling stories of the day.

A sought-after speaker for his straight talking political commentary, O'Donnell has an uncanny ability to go beyond the headlines to provide audiences with prescient analysis.

Prior to his time as a political analyst, O'Donnell served as an executive producer for the acclaimed series The West Wing, a senior advisor on Capitol Hill, and a political columnist and writer.

The Last Word on Today's Headlines with Lawrence O’Donnell

As host of his own nightly MSNBC show, Lawrence O'Donnell brings a unique background in politics, entertainment and news to millions. Audiences can always count on O'Donnell to cut through the rhetoric and to deliver blunt and straightforward analysis of the important issues and compelling news stor ...

As host of his own nightly MSNBC show, Lawrence O'Donnell brings a unique background in politics, entertainment and news to millions. Audiences can always count on O'Donnell to cut through the rhetoric and to deliver blunt and straightforward analysis of the important issues and compelling news stories of the day. Sure to spark lively debate and thought-provoking discussion wherever he speaks, O'Donnell brings his unvarnished perspective to a variety of groups nationwide. 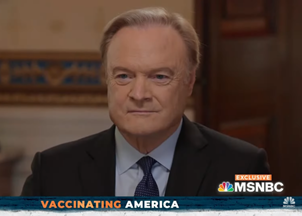 Emmy-winning producer and host LAWRENCE O’DONNELL interviews the most compelling news makers of the day as host of his own nightly MSNBC show, always bringing out the best of his guests while moving the conversation into meaningful territory and adding his own insightful commentary. O’Donnell sparks lively debate and thought-provoking discussion as both a speaker and a moderator. He brought his extraordinary background in politics, entertainment, and news to his conversation at the MSNBC town hall event with President Joe Biden, where they discussed how to get every American vaccinated. Sought-out for his straight-talking political commentary, O’Donnell was the perfect person to moderate the conversation among the President and other esteemed panelists including Dr. Anthony Fauci, Surgeon General Vivek Murthy, HHS Secretary Xavier Becerra and Moderna vaccine developer Kizzmekia Corbett, who answered questions from the audience. 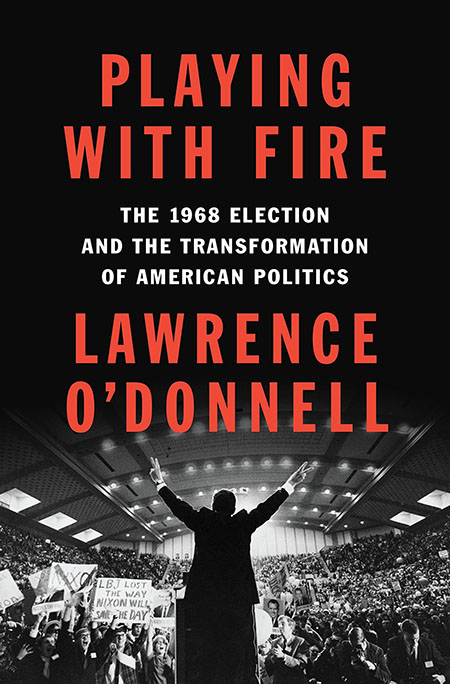 Playing with Fire: The 1968 Election and the Transformation of American Politics

Lawrence O’Donnell is the host of The Last Word with Lawrence O’Donnell on MSNBC. O’Donnell brings his extraordinary background in politics, entertainment and news to the nightly program, providing the last word on the important issues and most compelling stories of the day.

O'Donnell was an MSNBC political analyst since the network’s launch in 1996 and had previously appeared as a frequent guest host on MSNBC’s primetime programs.

From 1989 through 1992, O'Donnell served as Senior Advisor to Sen. Daniel Patrick Moynihan. In 1992, he was Chief of Staff to the Senate Committee on the Environment and Public Works. From 1993 through 1995 he was the Chief of Staff of the Senate Finance Committee. He first began working with Sen. Moynihan as Director of Communications in the Senator's 1988 re-election campaign.

A writer prior to entering politics and government, O'Donnell published the book Deadly Force (1983), which was adapted as a CBS movie in 1986. He was a political columnist for New York Magazine and has written essays and articles for several publications including The New York Times, Washington Post, Los Angeles Times, People, Spy, and Boston Magazine. O'Donnell has also appeared on NBC News’ Nightly News, Today, Good Morning America, Nightline, and several other programs. Suffolk University awarded O'Donnell an honorary degree, Doctor of Humane Letters, in 2001.

Since 2010, O'Donnell has forged a partnership between MSNBC and UNICEF to help kids in Malawi get desks for schoolwork in their school buildings. K.I.N.D., or Kids in Need of Desks, also gives scholarships to girls to help them complete secondary school, so they do not have to drop out if they cannot pay school fees.

Born in Boston, O'Donnell is a graduate of Harvard College.