With his eye firmly focused on the horizon, futurist Ian Morrison looks at where we’re going and how to plan for the challenges and opportunities ahead. Using the present to discover implications for the future, Ian Morrison helps audiences plan for long-term success by identifying the driving forces shaping their destiny. Drawing on cutting-edge research and practical experience as a consultant in the field, Morrison helps audiences recognize the unexpected opportunities that transform an organization, an industry or a life.

Please send me availability & fees for Ian Morrison
Thank you for your interest in this Harry Walker Agency speaker.
You will hear from one of our agents in the next 24 hours. If you have any other questions or information, please call us right away at 646.227.4900. Are you also interested in learning more about other speakers? Create a My Speaker List.
The Future of the Healthcare Marketplace - Get Sharable Link
https://www.harrywalker.com/speakers/ian-morrison/?videoid=4213
The Future of the Healthcare Marketplace

Health Care in the New Millennium: Vision, Values and Leadership

Morrison gives health care executives, doctors and nurses a guided tour of what's in store for health care in the coming years. ...

Morrison gives health care executives, doctors and nurses a guided tour of what's in store for health care in the coming years. 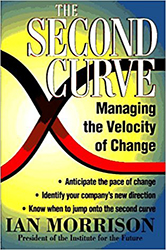 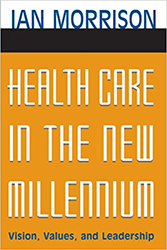 Health Care in the New Millennium: Vision, Values, and Leadership 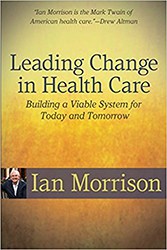 Leading Change in Health Care: Building a Viable System for Today and Tomorrow

Ian Morrison, PhD, is an internationally known author, consultant, and speaker specializing in long-term forecasting and planning with particular emphasis on health care and the changing business environment. He combines research and consulting skills with an incisive Scottish wit to help public and private organizations plan their longer-term future.

Morrison is President Emeritus of the Institute for the Future (IFTF). He is a founding partner in Strategic Health Perspectives, a joint venture between Harris Interactive and the Harvard School of Public Health’s Department of Health Policy and Management. From 1996-1999, Morrison was retained by Accenture, formerly Andersen Consulting, as Chairman of the Health Futures Forum. In that capacity, he chaired a number of international forums on the future of healthcare.

Before coming to IFTF in 1985, Morrison spent seven years in British Columbia, Canada, in a variety of research, teaching and consulting positions. He holds an interdisciplinary Ph.D. in urban studies from the University of British Columbia, an M.A. in geography from the University of Edinburgh, Scotland and a graduate degree in urban planning from the University of Newcastle upon-Tyne, England. He is a past director and chair of the California Health Care Foundation; a director of the new Martin Luther King Hospital in Los Angeles; a past director of the Health Research and Education Trust (HRET), the research and education arm of the American Hospital Association; and a past director of the Center for Healthcare Design. Morrison currently serves on the Advisory Council of the Council of Accountable Physician Practices, an affiliate of the American Medical Group Association. He also served as a member of the Stakeholders Advisory Committee of the Program on Health System Improvement at Harvard University.

Morrison is the author of Leading Change in Healthcare: Building a Viable System for Today and Tomorrow and Healthcare in the New Millennium: Vision, Values and Leadership. His previous book,The Second Curve - Managing The Velocity of Change, was a New York Times Business Bestseller and Businessweek Bestseller. Morrison has co-authored several other books and chapters, including Future Tense: The Business Realities of the Next Ten Years and Looking Ahead at American Health Care. He also has co-authored numerous journal articles for publications such as Chief Executive, Encyclopaedia Britannica, Across the Board, The British Medical Journal, New England Journal of Medicine and Health Affairs.

Morrison has written, lectured and consulted on a wide variety of forecasting, strategy and health care topics for government, industry and a variety of nonprofit organizations in North America, Europe, the Middle-East and Asia. He has spoken to a range of audiences from the boards of Fortune 100 companies to the Chinese Academy of Social Sciences in Beijing. Morrison has worked with more than 100 Fortune 500 companies in health care, manufacturing, information technology and financial services. Recent client sponsors include GE, Kaiser Permanente and the Mayo Clinic. He is a frequent commentator on the future for television, radio and the print media.