Every once in a while a new voice emerges with the power to change the world. Zainab Salbi, activist and social entrepreneur, is such a voice. Ms. Salbi inspires and moves audiences with the passion of her personal experience as a survivor of war and her dedication to rebuilding communities after war, one woman at a time.

Please send me availability & fees for Zainab Salbi
Thank you for your interest in this Harry Walker Agency speaker.
You will hear from one of our agents in the next 24 hours. If you have any other questions or information, please call us right away at 646.227.4900. Are you also interested in learning more about other speakers? Create a My Speaker List.
Rave Reviews About Zainab Salbi
“
Zainab was phenomenal. She received a standing ovation from the audience and all the feedback on her presentation was great. I also think things had gone very smoothly in working with your agency. Both Laura and you were great to work with so I truly want to thank you for all your help in making our conference a huge success! I look forward to working with you again next year.

Play
Now
Interview - A royale role in the Middle East: Queen Rania | Women in the World [21:24]

The Other Side of War

Ms. Salbi passionately engages audiences with her personal experience as a survivor of war and her dedication to rebuilding communities after war, one woman at a time. ...

Ms. Salbi passionately engages audiences with her personal experience as a survivor of war and her dedication to rebuilding communities after war, one woman at a time. 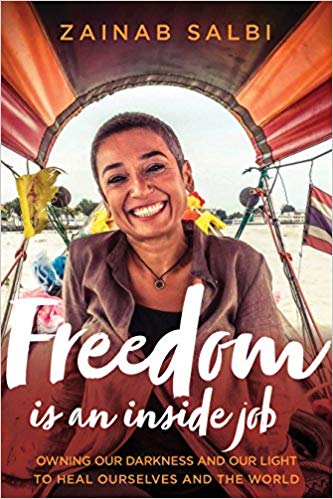 Freedom Is an Inside Job: Owning Our Darkness and Our Light to Heal Ourselves and the World 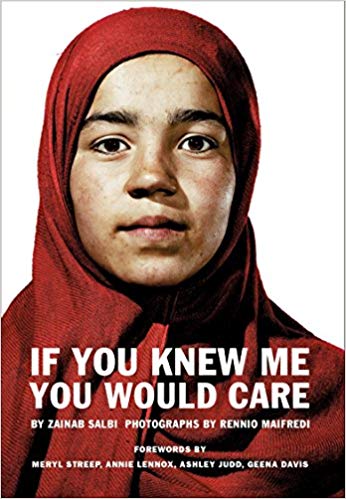 If You Knew Me You Would Care Between Two Worlds : Escape from Tyranny: Growing Up in the Shadow of Saddam

The Other Side of War: Women's Stories of Survival and Hope

At the age of 23, Zainab Salbi founded Women for Women International, a grassroots humanitarian and development organization dedicated to serving women survivors of wars by offering support, tools, and access to life-changing skills to move from crisis and poverty to stability and economic self-sufficiency. Under her leadership as the organization’s CEO (1993-2011), the organization grew from helping 30 women upon its inception to more than 400,000 women in 8 conflict areas. It also distributed more than $100 million in direct aid and micro credit loans that impacted more than 1.7 million family members.

Salbi is also the host and creator of several TV shows including #MeToo, Now What on PBS (2018), The Zainab Salbi Project, original series on Huffington Post(2016) and The Nidaa Show with TLC Arabic where she started with the historic first interview of Oprah Winfrey in the Arab world.

Salbi is also the author of the national bestseller Between Two Worlds: Escape from Tyranny: Growing Up in the Shadow of Saddam (with Laurie Becklund). Salbi has also authored The Other Side of War: Women’s Stories of Survival and Hope and If You Knew Me, You Would Care. Her books received support from iconic women writers such as Alice Walker and from several celebrities including but not limited to Angelina Jolie, Meryl Streep, and Annie Lennox.

Salbi currently serves as Editor-at-Large at Women in the World Media, which is a news platform in collaboration with the New York Times and is hosted on the NYT website. It consists of vivid journalistic narratives, stirring videos, and provocative discussions and is a premier showcase for women of impact—and for the men who champion them.

Salbi has received extensive coverage in US, UK and global media from CNN to The New York Times, Financial Times, The Independent, and, among many others, most notably appeared on The Oprah Winfrey Show 10 times. Salbi was named a Young Global Leader by the World Economic Forum in 2007 and Clinton Global Initiative Lead by President Clinton in 2010.

Salbi is known for bringing international women’s issues to mainstream attention in the US, making philanthropy accessible to women at the grassroots level, and pioneering microcredit programs to post conflict areas. Salbi’s mission had always been to build programs that combine access to knowledge with access to resources to lead to lasting change in women’s lives.