Need a bit of assistance?
Don't worry, we're here to help.
You have successfully shared a biography of Kofi Annan. Connect with us! 646.227.4900 | [email protected]com | create a my speaker list

Victor Cruz is a Super Bowl champion. As an undrafted free agent, Cruz impressively played his way onto the Giants’ 53-man regular season roster. He finished his first season with a single-season franchise record for receiving yards and was named second-team All-Pro by the Associated Press.

An active philanthropist, Cruz established the Victor Cruz Foundation to promote positive change in the lives of youth by providing innovative educational programs that equip students with skill sets to prepare them for a successful future. The foundation is especially committed to continued research and partnerships with STEM programs. In partnership with the Boys & Girls Club of America, his foundation launched and implemented the “Science in Sports” program. This curriculum provides students with a hands approach to STEM curriculum while simultaneously teaching them the science behind football as it relates to the NFL.

In engaging conversations, Cruz discusses how motivation and perseverance drove his career; the impact and goals of his foundation; the importance of exposing youth to STEM programs; and more. 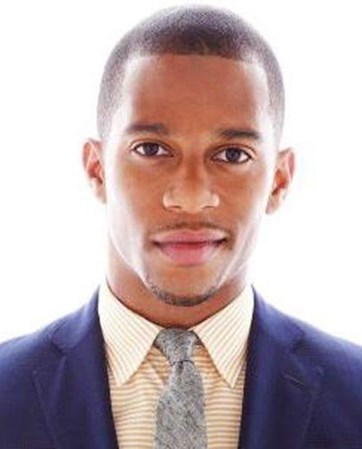 Please send me availability & fees for Victor Cruz
Thank you for your interest in this Harry Walker Agency speaker.
You will hear from one of our agents in the next 24 hours. If you have any other questions or information, please call us right away at 646.227.4900. Are you also interested in learning more about other speakers? Create a My Speaker List.
Rave Reviews About Victor Cruz
“
Victor Cruz was awesome. Such a great guy and a pleasure to work with! He did a great Q&A, fielded questions from the audience for a bit, and then was a total trooper and took photos at the end with everyone. Huge success! 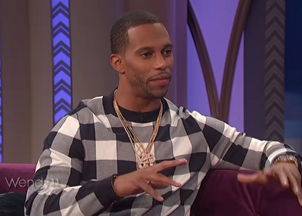 Victor Cruz opens up about his mental health struggles, helping audiences overcome their own adversities through resilience

Super Bowl Champion, ESPN analyst, and co-host of E!’s Pop of the Morning VICTOR CRUZ opened up about his mental health struggles, sharing that due to isolation from the pandemic and the attention on the Black Lives Matter movement, he’s been going through a difficult time mentally and emotionally. Calling his struggles “a bit of a breakdown,” he shares about how he fought to get out of a dark place by being resilient, leaning on family and friends, and talking about his struggles rather than pushing them down, which helps fight the stigmas against mental health problems. Cruz frequently speaks to audiences about motivation and perseverance through struggles in his career, and he uses that same lens while speaking about mental health, sharing his own experiences for an authentic talk that listeners can relate to.

Cruz always receives great reviews for his talks, such as this feedback from Douglas Elliman after an event. “Victor Cruz was awesome. Such a great guy and a pleasure to work with! He did a great Q&A, fielded questions from the audience for a bit, and then was a total trooper and took photos at the end with everyone. Huge success!” 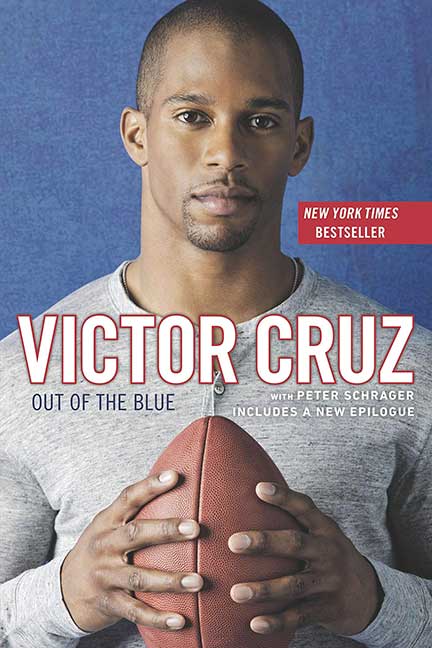 Out of the Blue

Super Bowl champion and NFL wide receiver, Victor Cruz grew up in Paterson, NJ - just a few miles from the Giants’ home field at MetLife Stadium. Football was always Victor’s first love as he was an all-state receiver for Paterson Catholic High School and went on to win a State Championship with the Cougars. After graduating from high school, Victor accepted a scholarship to the University of Massachusetts where he earned more athletic accolades and was ranked as high as 13th in the NCAA for receiving yards per game.

As an undrafted free agent in 2010, Victor impressively played his way onto the Giants’ 53-man regular season roster. By the end of the 2011 season, he finished with a single-season franchise record for receiving yards and was named second-team All-Pro by the Associated Press. In Super Bowl XLVI, Victor tied an NFL record for the longest play with a 99-yard touchdown reception and was an integral part of the Giants victory over the Patriots. The following year, he earned a selection to the 2012 Pro Bowl as he continued to establish himself as a premier NFL player.

Off the field, Victor is recognized as a fashion icon and tastemaker. In 2014 he was named on Vanity Fair’s International Best Dressed List and has also been featured in GQ and Vogue magazines. He has designed a collection for 3 x 1 and this year will be the lead designer for Hublot for their New York inspired watch. In 2016 Sports Illustrated named Victor the #1 Most Fashionable Athlete in sports when they released their list of the world’s 50 most stylish athletes. As a brand ambassador, Victor has worked with Time Warner Cable, Pepsi, McDonald’s, and Gillette, amongst other blue-chip brands and is the first football player to have a signature lifestyle shoe for Nike.

Victor is of both African-American and Puerto Rican descent. He speaks Spanish fluently and credits his grandmother for teaching him to celebrate his roots. Victor’s signature salsa dance touchdown celebrations are his way of honoring her. His autobiography, Out of the Blue, which became a New York Times best seller, is an inspiring account of how hard work, perseverance, and support from his loving family drove Victor’s success.