In engaging, humorous and unforgettable presentations, Adrian Gostick and Chester Elton bring to life the power of the almighty Carrot. Their memorable addresses are the perfect fit for keynotes, leadership training seminars and workshops.

Please send me availability & fees for The Carrot Guys
Thank you for your interest in this Harry Walker Agency speaker.
You will hear from one of our agents in the next 24 hours. If you have any other questions or information, please call us right away at 646.227.4900. Are you also interested in learning more about other speakers? Create a My Speaker List.
The Best Team Wins book teaser - Get Sharable Link
https://www.harrywalker.com:443/speakers/the-carrot-guys/?videoid=25872
The Best Team Wins book teaser

Play
Now
Explore Talks By The Carrot Guys
Expand all >

The Carrots Keynote highlights proven ideas, powerful case studies, and uses humorous examples to show how recognition engages people and improves your bottom line. It’s a no-holds-barred, high-energy, high-level event that entertains and boosts productivity. Based on the New York Times bestseller, The 24-Carrot Manager, The Carrot Keynote gets your leaders excited about recognizing their people as it teaches them what recognition can do for your employees and your organization. This keynote presentation highlights proven ideas, cites powerful case studies and includes humorous examples that illustrate how recognition can engage people and improve the bottom line. It’s a high level event that touches on valuable tips and techniques to positively impact engagement, productivity and retention. The Carrot Keynote is a great way to kick off a new recognition program and a strong foundational event prior to introducing A Carrot A Day Training to your managers. 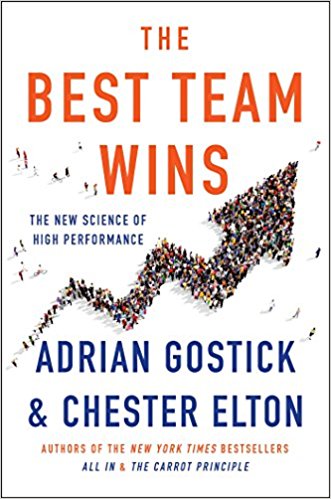 Due Out February 2018 - The Best Team Wins: The New Science of High Performance The Carrot Principle: How the Best Managers Use Recognition to Engage Their People, Retain Talent, and Accelerate Performance A Carrot a Day: A Daily Dose of Recognition for Your Employees

Called the “Apostle of appreciation” by the Globe and Mail, Canada’s largest newspaper, and “creative and refreshing‚” by the New York Times, Chester Elton is co-author of several successful leadership books. All In, The Carrot Principle and What Motivates Me have been New York Times and #1 Wall Street Journal bestsellers. His work has been called a “must read for modern managers,” by Larry King of CNN.

Elton’s books have been translated into more than 30 languages and have sold more than a million copies worldwide. As a motivation expert, Chester has been featured in the Wall Street Journal, Washington Post, Fast Company and the New York Times, and has appeared on NBC’s Today Show, CNN, ABC, MSNBC, National Public Radio and CBS’s 60 Minutes. And if you Google the 30 top leadership gurus of 2014, you’ll find Chester Elton at number 12, right after Jack Welch and just ahead of Jim Collins.

Chester serves as a leadership consultant to firms such as American Express, AT&T and Procter & Gamble. He is most proud, however, to be the father of four exceptional children—all the more exceptional now they have grown up and left home.

Adrian Gostick is a global thought leader on workplace strategy and the author of numerous bestselling books on employee engagement. The Carrot Principle, All In and The Orange Revolution have been regular New York Times, Wall Street Journal and USA Today bestsellers. His latest book, What Motivates Me, is based on an 850,000-person study of employee satisfaction.

His research has been called a “must read for modern-day managers” by Larry King of CNN, “fascinating,” by Fortune magazine and “admirable and startling” by the Wall Street Journal. Adrian’s books have been translated into 30 languages and have sold more than one million copies worldwide. As a leadership expert, he has appeared on NBC’s Today Show, CNN, National Public Radio and others, and has been quoted in business publications such as The Economist, Financial Times, New York Times, Wall Street Journal and Fortune. And if you Google the 30 top leadership gurus of 2014, you’ll find Adrian at number 18, right after Jim Collins and just ahead of Marcus Buckingham and Ram Charan.

Adrian earned a master’s degree in Strategic Communication and Leadership from Seton Hall University, where he is a guest lecturer on organizational culture.