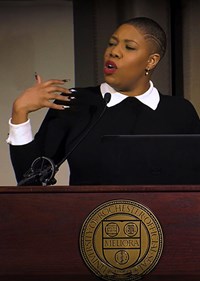 Please send me availability & fees for Symone D. Sanders
Thank you for your interest in this Harry Walker Agency speaker.
You will hear from one of our agents in the next 24 hours. If you have any other questions or information, please call us right away at 646.227.4900. Are you also interested in learning more about other speakers? Create a My Speaker List.
Rave Reviews About Symone D. Sanders
“
Symone's speech was AWESOME! Given our political climate, I think our students really needed to hear what she had to say. She was educational, funny, timely, and inspiring.

Seasoned political strategist, former CNN political commentator, and author Symone D. Sanders offers in-depth analysis of today’s most important issues from her unique perspective as former Press Secretary for both the Sanders and Biden presidential campaigns and her time in the Biden-Harris White H ...

Seasoned political strategist, former CNN political commentator, and author Symone D. Sanders offers in-depth analysis of today’s most important issues from her unique perspective as former Press Secretary for both the Sanders and Biden presidential campaigns and her time in the Biden-Harris White House. Sanders offers vitalizing takeaways that engage as well as inform.

Seasoned political strategist, former CNN political commentator, and communications expert Symone D. Sanders offers actionable insights about message management during times of conflict, navigating controversy, and building culture that is rooted in meaningful diversity, equity, and inclusion. Sanders advocates for transparency and radical change in an authentic conversation that will be transformative for individuals, companies, and organizations. 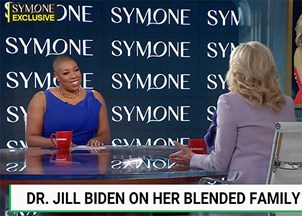 Symone D. Sanders is creating the discourse that is missing in media and considering all vantage points with her new show SYMONE

Experienced democratic political strategist SYMONE D. SANDERS’ namesake show provides essential context on the most pressing issues facing Americans today. As Forbes said of her new MSNBC show SYMONE, “viewers will see the same version of the high-energy, politics- and culture-obsessed dynamo who’s worked for Senator Bernie Sanders as well as the Biden 2020 campaign, and as a spokesperson for Vice President Harris.” The communications expert and former CNN commentator joined The New York Times Opinion podcast Sway to share how she is covering the administration she just left as well as importance of including multiple vantage points in any conversation. “I think it is very important to not paint with a broad stroke brush,” she said of her curated and balanced political panels. This unique gift for including and considering all vantage points is part of what Sanders considers her due diligence to ensure audiences are receiving the most thorough reporting possible on every story that comes across her anchor desk, and makes her an in-demand commentator for her rigorous analysis, fearless insights, and commitment to getting the whole story.

Drawing on her intimate involvement with the Biden/Harris administration and its policy initiatives, the former senior advisor to Vice President Kamala Harris told Politico, “Something that my show will be able to offer that is different than any other show is keen insight into the people, the policies, and the plans of this administration and the current president and vice president of America.” In her conversation on the Sway podcast, Sanders shares that – as a former critic of the media apparatus – she now has a responsibility to create change, saying: “I now have the opportunity to create and facilitate that particular discourse.” Sought after for her expertise in communication and political strategy, in-depth analysis, and definitive perspective, Sanders brings authenticity, humor, and insight to events with groups like SXSW, Politico’s Women Rule Summit, the National Conference on Race and Ethnicity, and more. 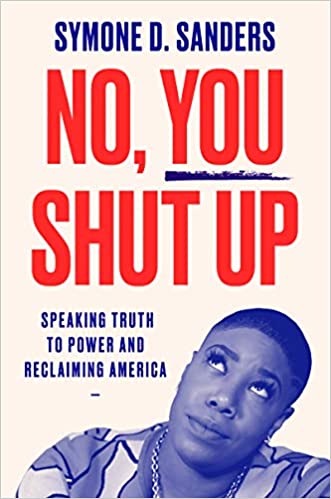 No, You Shut Up: Speaking Truth to Power and Reclaiming America Hardcover – May 19, 2020