Co-founder of Quiet Revolution, LLC; one of Fast Company’s Most Creative People in Business; an accomplished corporate lawyer and negotiations consultant for clients such as JP Morgan, GE, and Merrill Lynch; and author of the award winning bestseller Quiet: The Power of Introverts in a World That Can’t Stop Talking–Susan Cain is a (quiet) force to be reckoned with.

A self-proclaimed introvert, she is soft-spoken yet powerful, witty, and incredibly engaging. Cain has received high praise for her presentations at Google, Microsoft, Harvard, West Point, the SEC and the U.S. Treasury and is the recipient of several awards, including the Toastmasters International Golden Gavel Award for Communication and Leadership, and Harvard Law School’s Celebration Award for Thought Leadership. Through her countless appearances in popular media, including The New York Times, The New Yorker, Harvard Business Review, Scientific American, Forbes, The Atlantic, The Wall Street Journal, CBS This Morning and NPR, Cain shows audiences how to tap into their “quiet side” and leverage talents typically associated with introverts.

Please send me availability & fees for Susan Cain
Thank you for your interest in this Harry Walker Agency speaker.
You will hear from one of our agents in the next 24 hours. If you have any other questions or information, please call us right away at 646.227.4900. Are you also interested in learning more about other speakers? Create a My Speaker List.
Rave Reviews About Susan Cain
“
Susan Cain keynoted at our annual marquee event and was absolutely superb. Polished, relevant, and accessible, she connected with the audience immediately and held them in rapt attention throughout her presentation. Susan was our most popular speaker, and I would recommend her for any engagement. This was one of the best experiences I have had working with a keynote speaker.

Quiet: How to Harness the Strengths of Introverts to Change How We Work, Lead, and Innovate

One of the central challenges of any business is to bring out the best in its employees. Yet when it comes to introverts—who make up a third to a half of the workforce—our leadership strategy mainly consists of asking them to act like extroverts. This is a serious waste of talent and energy.

In an enlightening, relatable, and practical talk, Susan Cain shows us that introverts think and work in ways that are crucial to the survival of today’s organizations. How can you structure your organization so that the best ideas—rather than those of the most vocal and assertive people—dominate? How do introverts’ and extroverts’ different personalities cause them to solve problems and evaluate risk differently? What do introverts know about creativity that the rest of us should learn?

Drawing on her original research and the latest in neuroscience and psychology, Cain will radically change your view of the best way to develop leaders, manage teams, make smart hires, and stimulate innovation.

Quiet Kids: How Our Education System Can Teach Introverted Students

A central challenge of any educational system is to bring out the best in all students. This means providing a robust learning experience for both introverted and extroverted children. Yet, too often, when it comes to introverts—who comprise nearly a half of every classroom—we simply ask them to act ...

A central challenge of any educational system is to bring out the best in all students. This means providing a robust learning experience for both introverted and extroverted children. Yet, too often, when it comes to introverts—who comprise nearly a half of every classroom—we simply ask them to act like extroverts. This is a serious waste of quiet children’s considerable and under-noticed talents, not to mention their energy and happiness.

In an enlightening and practical talk, Susan Cain shows us that introverted children possess gifts that enhance the culture of any classroom and are crucial to the survival of our society. Drawing on her original research, compiled over many years, Cain answers a plethora of questions, including how and when to use group work, grade on class participation, and use social media in the classroom. Passionate yet coolly reasoned, Cain will radically change your view of the best way to cultivate the talents of quiet children, develop their leadership skills, and create a classroom culture designed for introverts and extroverts alike. This is an urgent and necessary talk for anyone concerned with the state of education today. 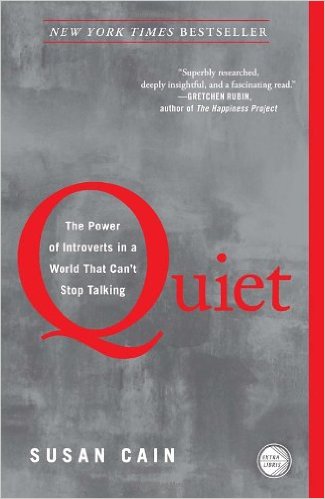 Quiet: The Power of Introverts in a World That Can't Stop Talking 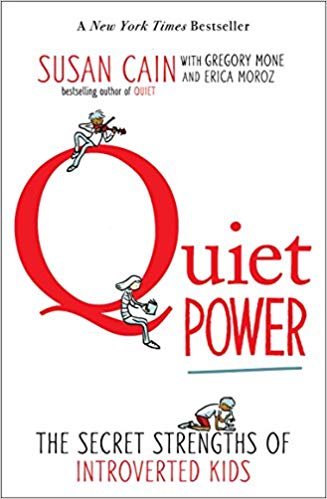 Susan Cain is the author of the bestsellers Quiet Power: The Secret Strengths of Introverts, and Quiet: The Power of Introverts in A World That Can’t Stop Talking, which has been translated into 40 languages, is in its seventh year on the New York Times best seller list, and was named the #1 best book of the year by Fast Company magazine, which also named Cain one of its Most Creative People in Business. LinkedIn named her the 6th Top Influencer in the world. Susan has partnered with Malcolm Gladwell, Adam Grant and Dan Pink to launch the Next Big Idea Book Club; they donate all their proceeds to children’s literacy programs.

Her writing has appeared in the The New York Times, The Atlantic, The Wall Street Journal, and many other publications. Her record-smashing TED talk has been viewed over 30 million times on TED.com and YouTube combined, and was named by Bill Gates one of his all-time favorite talks. Cain has also spoken at Microsoft, Google, the U.S. Treasury, the S.E.C., Harvard, Yale, West Point and the US Naval Academy. She received Harvard Law School’s Celebration Award for Thought Leadership, the Toastmasters International Golden Gavel Award for Communication and Leadership, and was named one of the world’s top 50 Leadership and Management Experts by Inc. Magazine.

She is an honors graduate of Princeton and Harvard Law School. She lives in the Hudson River Valley with her husband and two sons. Visit Cain and the Quiet Revolution at www.quietrev.com.