Please send me availability & fees for Stuart Eizenstat
Thank you for your interest in this Harry Walker Agency speaker.
You will hear from one of our agents in the next 24 hours. If you have any other questions or information, please call us right away at 646.227.4900. Are you also interested in learning more about other speakers? Create a My Speaker List.
Rave Reviews About Stuart Eizenstat
“
An epic biography and first-class administrative history of our vastly underrated 39th president. The amount of new documentary evidence unearthed by Eizenstat is staggering. A landmark achievement!

- Douglas Brinkley, CNN Historian and author of The Unfinished Presidency
”

Globalization and the Global Economic Crisis 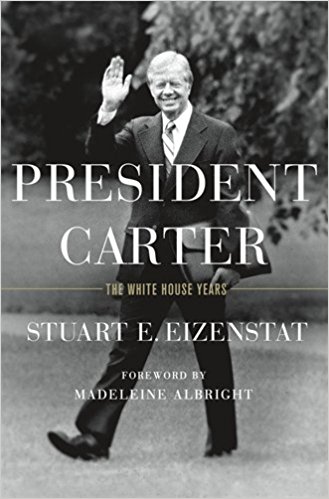 The Future of the Jews: How Global Forces are Impacting the Jewish People, Israel, and Its Relationship with the United States 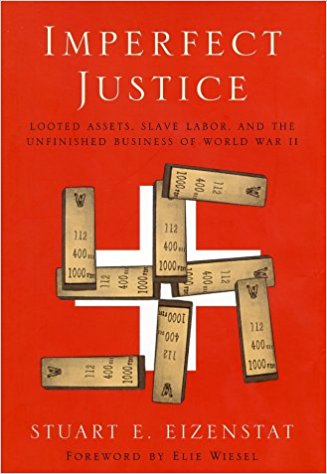 Ambassador Eizenstat heads Covington and Burling's international practice.  His work at Covington focuses on resolving international trade problems and business disputes with the US and foreign governments, and international business transactions and regulations on behalf of US companies and others around the world.

During a decade and a half of public service in three US administrations, Ambassador Eizenstat has held a number of key senior positions, including chief White House domestic policy adviser to President Jimmy Carter (1977-1981); U.S. Ambassador to the European Union, Under Secretary of Commerce for International Trade, Under Secretary of State for Economic, Business and Agricultural Affairs, and Deputy Secretary of the Treasury in the Clinton Administration (1993-2001).

Much of the interest in providing belated justice for victims of the Holocaust and other victims of Nazi tyranny during World War II was the result of his leadership of the Clinton Administration as Special Representative of the President and Secretary of State on Holocaust-Era Issues.  He successfully negotiated major agreements with the Swiss, Germans, Austrian and French, and other European countries, covering restitution of property, payment for slave and forced laborers, recovery of looted art, bank accounts, and payment of insurance policies.  His book on these events, Imperfect Justice: Looted Assets, Slave Labor, and the Unfinished Business of World War II, has been favorably received in publications like The New York Times, Los Angeles Times, The Washington Post, Businessweek, and Publishers Weekly.  It has been translated into German, French, Czech and Hebrew.

Ambassador Eizenstat has received seven honorary doctorate degrees from universities and academic institutions.  He has been awarded high civilian awards from the governments of France (Legion of Honor), Germany, Austria, and Belgium, as well as from Secretary of State Warren Christopher, Secretary of State Madeleine Albright, and Secretary of the Treasury Lawrence Summers.  In 2007, he was named "The Leading Lawyer in International Trade" in Washington, DC by Legal Times.  His articles appear in The New York Times, Financial Times, International Herald Tribune, The Washington Post, Los Angeles Times, Foreign Policy magazine, and Foreign Affairs magazine, on a variety of international and domestic topics.