One of the most popular figure skating stars in the world today, Scott Hamilton is an Olympic Gold Medalist, motivational speaker, television broadcaster, best-selling author, humanitarian, and a cancer survivor and eternal optimist.  His motto is: “The only disability in life is a bad attitude.”

As a keynote speaker, Scott exudes enthusiasm and inspiration.  As a figure skater, he forever bridged the gap between sport and entertainment. As a role model, he contradicts the saying that "good guys finish last." As a humanitarian, he avails himself to many plights that will improve mankind. But, more important, as a champion and survivor, he is a constant reminder that with faith, fortitude and determination, anything is possible.

Please send me availability & fees for Scott Hamilton
Thank you for your interest in this Harry Walker Agency speaker.
You will hear from one of our agents in the next 24 hours. If you have any other questions or information, please call us right away at 646.227.4900. Are you also interested in learning more about other speakers? Create a My Speaker List.
Rave Reviews About Scott Hamilton
“
Scott was our keynote at the Community Oncology Conference. His presentation skills are superb. He made you laugh. He made you cry. And, most importantly, he made you realize just how lucky you are and the meaning of hard work. In polling our attendees, they say he is the best keynote we have ever had. Thank you Scott Hamilton. You are the Man!!!

How The Short Person Can Rise Above Their Expectations

What I Learned From Seven Olympics

The Meaning Of LIFE 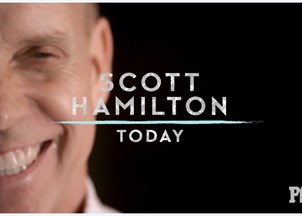 Collaborating with People Magazine's People Entertainment Network, SCOTT HAMILTON hosts a video series that is an unstoppable force to motivate, empower, and inspire you. 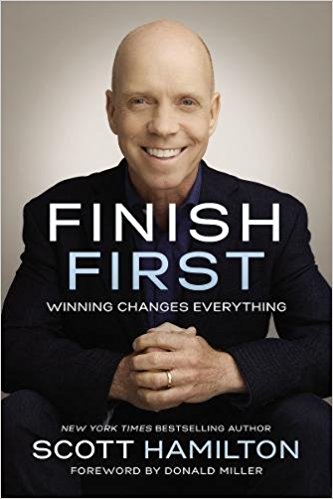 The Great Eight: How to Be Happy (Even When You Have Every Reason to be Miserable)

In 1984, Scott captured the hearts of millions of viewers worldwide with his incredible Olympic gold medal-winning performance in Sarajevo. Since then he has entertainment millions more with his exciting performances, complete with backflips, artistry and humor. Considered one of the greatest male figure skaters of all time, Scott has spent the last 30+ years providing his infectious analysis of national and global skating competitions and as founder of Stars on Ice, in which he performed for many years and which is still touring with other celebrated ice skating and ice dancing champions today.

Following his mother’s passing from cancer and his own highly publicized survival of cancer, Scott launched the Scott Hamilton CARES Foundation (Cancer Alliance for Research, Education and Survivorship) with a mission to improve cancer patient survivorship by supporting world class cancer research and the highest quality patient treatment and care. The Foundation supports two cancer education websites and a patient mentoring program, as well as spearheading nationwide initiatives, including Skate to Elimin8 Cancer to raise money in turning cancer upside down.

In 2014, he founded the Scott Hamilton Skating Academy, in partnership with the NHL’s Nashville Predators, at Ford Ice Center in Antioch, TN to rebuild figure skating from the ground up with his programs that offer fresh and fun ways to help students fall in love with skating, like he did as a child. He can frequently be found coaching Learn to Skate and Advanced students, delighting in the fact that skating in Nashville is quickly becoming something whole families enjoy doing together.

A celebrated author, Scott’s books include Landing It and The Great Eight, How to Be Happy (Even When You Have Every Reason to be Miserable), which have both earned critical praise. His newest book, Finish First: Winning Changes Everything, is a wake-up call for business leaders, entrepreneurs, spouses, parents, and even students to stop settling for mediocre, revitalize their intrinsic will to achieve excellence, and go for the win. In this book Scott offers life-changing principles that will help you achieve success on your terms.

Scott serves on the Board of Directors for Monroe Carell Jr. Children’s Hospital at Vanderbilt and Provision Center for Proton Therapy. He’s an active supporter of Special Olympics International, Second Harvest Food Bank of Middle Tennessee and Best Buddies. He lives outside of Nashville with his wife Tracie and their four children.