Roy Neel has been at the center of some of history's most extraordinary events, and helped deal with some of the country's most challenging crises. He served as Chief of Staff to Congressman, Senator, and Vice President Al Gore, as well as Deputy Chief of Staff to President Bill Clinton. Roy directed the unprecedented, extraordinary Presidential transition for Gore in 2000, through the historic Florida recount. He was campaign manager for Howard Dean's remarkable run for the White House in 2004. As Chief of Staff for Al Gore's highly visible global warming activities, Neel helped found the Climate Project, Gore's program to train thousands of climate change messengers throughout the world. Roy has been a sportswriter, Navy journalist, aerial photographer, and Washington trade association CEO. He is a national authority on Presidential Transitions and White House operations. He is the author of the critically acclaimed thriller, The Electors. Please send me availability & fees for Roy Neel
Thank you for your interest in this Harry Walker Agency speaker.
You will hear from one of our agents in the next 24 hours. If you have any other questions or information, please call us right away at 646.227.4900. Are you also interested in learning more about other speakers? Create a My Speaker List.
Rave Reviews About Roy Neel
“
Roy Neel's The Electors is a fascinating book - a compelling, believable, and at times scary account of our electoral system by one of the masters of American politics.

Congress: Agendas that Matter and Those that Don’t

Life in the White House - It's Not the West Wing

Unique revelations about the inner workings of the most powerful workplace in the world. From the founding fathers to Bill Clinton, to George W. Bush, to Barack Obama - How decisions are made...who has the real power. ...

Unique revelations about the inner workings of the most powerful workplace in the world. From the founding fathers to Bill Clinton, to George W. Bush, to Barack Obama - How decisions are made...who has the real power.

Decision '12 - the Presidency on the Line

What are voters looking for? Who are the frontrunners...and why will some fail miserably? An inside look at the 2012 Presidential Campaign, with a special handicapping of the field. ...

What are voters looking for? Who are the frontrunners...and why will some fail miserably? An inside look at the 2012 Presidential Campaign, with a special handicapping of the field.

An Inconvenient Truth - the Phenomenon of Global Warming

What does it mean for you, your business, your job, your community? How will new laws affect your life? ...

What does it mean for you, your business, your job, your community? How will new laws affect your life? 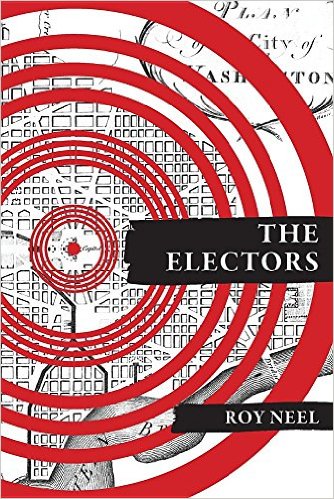 Roy Neel is one of the leading authorities on the United States of America presidency, presidential elections and presidential transitions to power. He served for five years as Chief of Staff for former Vice President Al Gore, overseeing his climate change advocacy programs, national and international political relationships, and his clean energy business interests. Neel is also an Adjunct Professor of Political Science at Vanderbilt University, where he teaches courses in the U. S. Presidency, White House operations, Presidential Campaigns, and Presidential Transitions.

After a career as Gore’s top aid in the Senate and White House, Neel rejoined the former Vice President to assist with the final development of Gore’s Academy Award-winning documentary, An Inconvenient Truth, and the best-selling book that accompanied the film. As Gore’s top aide he managed climate change and sustainability programs, including efforts to pass major climate and energy legislation in the U. S. Congress. As liaison to the White House and cabinet and international leaders, Neel represented Gore in the expansion of his advocacy for strong new laws curbing greenhouse gas emissions.

In 2006 Neel worked with Gore to found The Climate Project, an international program that has trained nearly 4,000 individuals in the U. S. and abroad to become effective messengers about the climate crisis. These climate messengers have made more than 50,000 presentations to more than 5 million people. Most recently Neel has served as an advisor to the Australia Conservation Foundation for its campaign to enact major carbon pricing legislation.

Neel served as Vice President Gore’s Chief of Staff in the White House, later moving to the West Wing as President Bill Clinton’s Deputy Chief of Staff, where he managed the day-to-day operations of the White House during a time of great stress and great success. Earlier in his political career Neel was Chief of Staff for then Senator Gore, and Legislative Director for Gore while in the U. S. House of Representatives. As Gore’s senior policy advisor Neel led major legislative initiatives involving energy, telecommunications, and transportation.

During the 2000 presidential election and the historic recount period Roy Neel served as Director of Gore’s Transition Team, managing the assembly of a cabinet-in-waiting in the event of a Gore victory. After the successful 1992 campaign he was a central figure in the Clinton-Gore transition planning effort, working closely with Gore, President-elect Clinton and the senior Clinton team to identify and select members of the incoming cabinet.

Neel also directed the campaign of Gov. Howard Dean in the late stages of the 2004 presidential primaries, managing a staff of 1,000 and a multi-million budget and fundraising machinery. Neel has lectured widely on politics, presidential campaigns, transitions and White House operations, appearing frequently as a political commentator on network television.

Between 1994 and 2000 Neel was President and Chief Executive Officer of the U. S. Telecom Association, representing the Bell operating companies, a 500 billion dollar industry that was evolving from a system of regulated monopolies to a widely unregulated enterprise. Throughout that period Neel was a leading proponent of telecom deregulation, testifying before Congress on every major legislative proposal affecting the industry. The 1996 Telecom Act unleashed unprecedented competition for cable, Internet, wireless and wireline services in the United States of America.

Neel also served as a corporate director of Amtrak, the nation’s passenger rail system. As chairman of Amtrak’s Finance Committee, Neel guided the Board through the development of the Acela, the first effort to build high-speed rail transportation in the U.S.

Neel holds degrees from Vanderbilt University and Harvard University’s Kennedy School of Government. He has been a sportswriter, aerial photographer, owner of a small media business, and served in the U. S. Navy as a journalist with a tour in Vietnam. He is married to Jenny Clad, an attorney and the former Executive Director of Gore’s Climate Project. They have six grown children and live in Washington, D.C. .