Pop culture icon Ricki Lake has built an award-winning acting and producing career on her graciously candid sensibility and her authentic, relatable nature. A storyteller, talk show host, documentarian, and passionate activist, Lake has worked hard to make this world a better place through the use of her voice and platform. Lake’s legacy is undoubtedly her ability to share the truth on a wide variety of subjects through her unique lens.

Rising to fame at 18 years of age as the original Tracy Turnblad, in John Water’s Hairspray, she went to on make more than 20 films including Cry-baby, Serial Mom, and Mrs. Winterbourne among others. Ricki then went on to become the youngest talk show host in history at the age of 24. Her show was the voice of the younger generation and the success of her show was unprecedented and changed the genre of talk television forever.

Lake’s award-winning documentary The Business of Being Born has become a national platform and tool for childbirth education in schools and hospitals, and is hailed as the “must see” film among mothers to be. In addition to other successful film projects, Lake also executive produced documentary film Weed the People, which examines the use of cannabis as medicine for children with pediatric cancer and its status as a Schedule I prohibited drug in the United States.

The author of Never Say Never: Finding a Life That Fits, Lake speaks to worldwide audiences, offering actionable advice for those struggling in their own skin. In empowering, impassioned conversations, Lake shares her journey from troubled childhood to weathering near-bankruptcy, an extremely difficult divorce, and the suicide of a deep love to ultimately finding success and happiness. In recalling the ups and downs of her experience, she reminds audiences that life always hands you the unexpected, so you should never say never. With her signature informative yet conversational delivery, Lake educates people on how to make informed choices when it comes to their health and inspires any group to let go of their own fears to find happiness within themselves.

Lake is focused on making sure women make informed choices when it comes to their health, whether that be birthing options, cannabis use, or birth control options. As seen throughout her documentary work, Lake has made it her mission to educate people on what their options are in all aspects of life ...

Lake is focused on making sure women make informed choices when it comes to their health, whether that be birthing options, cannabis use, or birth control options. As seen throughout her documentary work, Lake has made it her mission to educate people on what their options are in all aspects of life and to always be aware of the alternatives. In empowering conversations, Lake encourages women to identify the questions they have about these subjects and to actively seek out the answers. Additionally, she aims to eliminate the fear of openly discussing health concerns by discussing her own battle with hair loss and how that affected all aspects of her life.

Lake has experienced trauma in many forms, including weathering near-bankruptcy, an extremely difficult divorce, the suicide of a deep love, and other road bumps that come with life. In inspiring conversations, she shares how she manages to find the gift in any traumatic experience and how anyone ca ...

Lake has experienced trauma in many forms, including weathering near-bankruptcy, an extremely difficult divorce, the suicide of a deep love, and other road bumps that come with life. In inspiring conversations, she shares how she manages to find the gift in any traumatic experience and how anyone can take life’s hardships and emerge stronger from them.

Getting deeply honest about her experience with her husband, who suffered from bipolar disorder and ultimately died by suicide, Lake explores the myths and stigmas that surround mental illness.  In being open about her personal experience, Lake also discusses how normalizing the discussion around me ...

Getting deeply honest about her experience with her husband, who suffered from bipolar disorder and ultimately died by suicide, Lake explores the myths and stigmas that surround mental illness.  In being open about her personal experience, Lake also discusses how normalizing the discussion around mental health can help save lives. 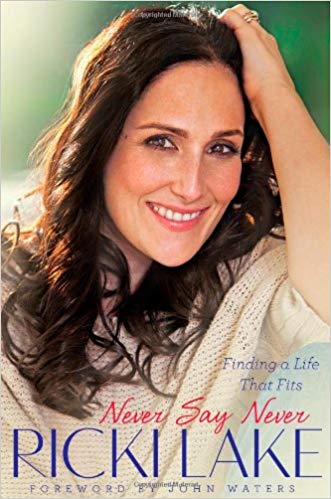 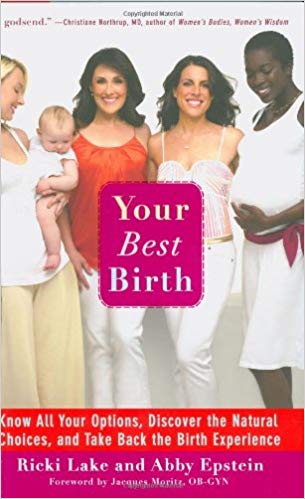 Your Best Birth: Know All Your Options, Discover the Natural Choices, and Take Back the Birth Experience

Ricki Lake on the Pain of Hair Loss & How She Went from a Buzzcut to a Full, Healthy Bob - StyleCaster
Ricki Lake Opens Up About ‘Debilitating’ Hair Loss a Year After Shaving Her Head - Prevention.com
Ricki Lake Opens Up About Her 30-Year Battle with Hair Loss: 'It's Such a Shameful Thing' - People
Ricki Lake opens up about 'dark times' and healing after her husband’s suicide: 'I now truly love myself the way he loved me' - ABC News
Ricki Lake Wishes Women Would Just Help Each Other Out - Huffington Post
Biography

Ricki Lake has managed to successfully reinvent herself at every stage of her career, always connecting with her audience through her talent and endearing spirit. As “Tracy Turnblad,” the zaftig heroine of the original John Waters’ film Hairspray, Lake made an acting debut that positioned her an “entertainer to watch” in Hollywood. Later, with a surprise turn as a talk show host, she met with unprecedented success and earned her place as a pop culture icon whose voice has remained relevant and relatable for nearly two decades.

Her latest role – surprisingly, that of an independent filmmaker, family advocate and author – has kept her uniquely charming perspective firmly in the public’s consciousness. But, not one to forget her roots, Lake also continues to put her creative energy into all entertainment mediums, continuing her career as an actress in film and television. In 2007, Lake executive produced the critically acclaimed documentary The Business Of Being Born. The film, which debuted at the 2007 Tribeca Film Festival, examined natural childbirth in the U.S. and studied the high rate of medical interventions in low-risk pregnancies. Since the film’s theatrical and DVD releases, the project has generated a grassroots movement, encouraging many parents-to-be to consider natural and homebirths rather than popular hospital births. In May 2009, Lake and the director of The Business of Being Born, Abby Epstein, released their first book, Your Best Birth.  The guide has proven to be an invaluable tool for expecting parents, designed to educate families about their birthing options.

In addition to her work on the book, Lake has become an integral figure in the birthing community. She was on the Board of the New Space for Women’s Health in New York City — a non-profit organization that until recently was scheduled to build a natural, free-standing birthing center in Manhattan, where presently none exists. Additionally, she has traveled tirelessly around the United States, England and Australia to discuss the state of the birthing “industry” in the United States in an effort to demonstrate how all parents-to-be can benefit from taking a more active role in their birth experiences.

Lake has never abandoned the acting career that captured the attention of moviegoers everywhere. At 18, she made her film debut in Hairspray, earning an Independent Spirit Award nomination for Best Actress. She later went on to star in John Waters’ Cry Baby opposite Johnny Depp and Serial Mom alongside Kathleen Turner. Other notable appearances include the contemporary classic Working Girl, the acclaimed drama Last Exit To Brooklyn, the romantic comedy Mrs. Winterbourne opposite Shirley MacLaine and Brendan Fraser, Where The Day Takes You opposite Dermot Mulroney and John Waters’ Cecil B. Demented. She also starred in the CBS film Baby Cakes and the beloved television drama series China Beach.  Lake also had a recurring role on the CBS hit comedy The King Of Queens.  Lake co-executive produced and co-starred in the Hallmark Hall of Fame film Loving Leah, featuring Lauren Ambrose (Six Feet Under) and Academy Award-winner Mercedes Ruehl.

Prior to her recent advocacy work on behalf of women and children across the world, Lake entered the living rooms of millions of television viewers with her daily talk show, Ricki Lake.  The show — which premiered in the fall of 1993 among talk show powerhouses The Oprah Winfrey Show, The Jenny Jones Show and Donahue  — became an instant hit by appealing to a younger demographic with youth-centric topics such as dating, fashion makeovers, weight loss, etc. Over the course of the show, Lake received many honors and accolades both nationally and internationally, including a Daytime Emmy nomination for “Outstanding Talk Show Host” and Sweden’s Aftonbladet TV Prize for “Best Foreign TV Personality,”among others. As a producer, Lake was instrumental in ensuring that the show continued to appeal to its committed viewers and continued to grow with its audience. After 11 successful seasons, Ricki Lake wrapped in 2005, ultimately paving the way for today’s hit talk shows.

Ricki Lake continues to air in countries around the world, a testament to the global appeal and timelessness of the host’s one-of-a-kind style and sensibility.