While we all aspire to live bravely in the face of life's significant challenges, few of us are tested to live bravely before the guns of hostile Somali pirates who threaten our leadership and authority, our lives, and the lives of our colleagues. Before Somali pirates hijacked his cargo ship and held him captive for five days, making him the center of a riveting international drama which played out live on television, Captain Richard Phillips was as normal as each of us doing our best at work and home.  Audiences connect with Captain Phillips on a personal level, become friends with him by the evening's end, and leave lifted by his inspirational message.

Please send me availability & fees for Richard Phillips
Thank you for your interest in this Harry Walker Agency speaker.
You will hear from one of our agents in the next 24 hours. If you have any other questions or information, please call us right away at 646.227.4900. Are you also interested in learning more about other speakers? Create a My Speaker List.
Rave Reviews About Richard Phillips
“
Captain Richard Phillips was fantastic and gave a top-notch presentation. His story showing great courage and endurance was remarkable. People really resonated with what he said, and in these difficult economic times, we think the audience wanted to hear a good outcome, for a change, that showed leadership and heroism at its best.

- Pennsylvania Chamber of Business and Industry
”

Steering Your Ship Through Rough Waters: Lessons on Leadership from Captain Phillips

An amazing leader...a highly intriguing story...a presentation of remarkable impact for your next meeting. Captain Phillips not only shares his compelling story - presented in his warm, highly personal style, but as a "floating CEO" in charge of the day-to-day operations of a multi-million dollar sh ...

An amazing leader...a highly intriguing story...a presentation of remarkable impact for your next meeting. Captain Phillips not only shares his compelling story - presented in his warm, highly personal style, but as a "floating CEO" in charge of the day-to-day operations of a multi-million dollar ship and the crew he managed, he also draws lessons from those dramatic events that can help your audience and your organization survive and thrive, even in these times when hope and support seem to be in very short supply. He will discuss the vital importance of leadership and teamwork, combined with a belief in the power and potential of yourself and your team, as seen through the eyes of an unassuming hero who conquered an extraordinary challenge. This "Hero of the High Seas" has a powerful and timely message that will dramatically energize and inform your next meeting. 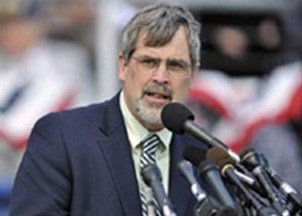 From U.S. college campuses to international economic forums, CAPTAIN RICHARD PHILLIPS has been inspiring audiences with his real life tale of powerful leadership and transformative decision-making when faced with tremendous obstacles. Consistently praised as both a riveting and approachable speaker, Captain Phillips forges relationships with attendees everywhere he speaks, going above and beyond event planners' expectations. Described as "down to earth" (Constellation Brands), "warm and genuine" (American Equity Underwriters), and "personable, engaging, and interesting" (General Mills), planners report being overwhelmed by the time Phillip's takes to interact with event attendees and how much his compelling presentation applies to today's business environment. 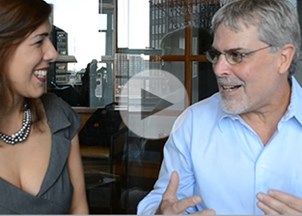 CAPTAIN PHILLIPS, hero of the high seas and inspiration for the Academy Award-nominated namesake film starring Tom Hanks as Captain Phillips, stopped by the HWA offices and engaged our team with his amazing true stories and shared valuable lessons about Leadership in Times of Crisis. A Captain's Duty: Somali Pirates, Navy Seals, and My Dangerous Days at Sea

For five days in April 2009, the world was glued to their TV screens as Captain Richard Phillips became the center of an extraordinary international drama when he was captured by Somali pirates who hijacked his ship, the first hijacking of a U.S. ship in more than 200 years.

The hostage drama began on Wednesday, April 8th when a small band of pirates swung grappling hooks and climbed ropes from their skiff onto the Maersk Alabama, a container ship ferrying food aid to East Africa. Firing into the air as they leapt aboard the ship, many of the crew members scrambled into a designated safe room aboard the vessel.

On the bridge, the pirates held four sailors at gunpoint, but the crew of 20 outnumbered the four attackers. They managed to wound the apparent leader of the pirates in the hand with an ice pick and regain control. The crew demanded the other pirates leave the ship, but the pirates had scuttled their own small boat. They demanded an escape boat, fuel and food.

To protect his crew, Captain Phillips made a conscious decision to put himself directly in harm's way, knowing full well that he might pay the ultimate price for his decision. Amid the standoff, he offered himself as a hostage.
Once the pirates settled into one of the ship's covered lifeboats, the crew attempted to trade the pirate they had captured for Captain Phillips. After they released their captive, the pirates refused to honor the agreement and fled with nine days of food rations and Captain Phillips. Held hostage as a human shield in a small lifeboat with three pirates, he had little to hope for or cling to — except the knowledge that he had done absolutely everything he could to save the lives of the 20 sailors aboard his ship.

The U.S. Navy responded to the scene, and negotiations were ongoing between the pirates and the captain of the USS Bainbridge. On Friday April 10th, Captain Phillips jumped out of the lifeboat and managed to swim a few yards toward the nearby destroyer, but the pirates went in after him and managed to haul him back in. The standoff dragged on until April 12th, when Navy SEAL snipers saw one of the pirates aim his AK-47 machine gun at Capt. Richard Phillips's back and concluded he was in “imminent danger.”

President Barack Obama, who spoke with Captain Phillips by phone after he was freed, said, "I share the country's admiration for the bravery of Captain Phillips and his selfless concern for his crew. His courage is a model for all Americans."

Captain Richard Phillips is the author of A Captain’s Duty: Somali Pirates, Navy SEALs, and Dangerous Days at Sea, about his experience and his remarkable rescue. This dramatic story was also transformed into an Academy-Award and Golden-Globe nominated film, Captain Phillips, which hit the big screens in fall of 2013.

Captain Phillips is a graduate of the Massachusetts Maritime Academy a member of the International Organization of Masters, Mates & Pilots Union, and a licensed American merchant mariner. He became Captain of the MV Maersk Alabama in 2009. Captain Phillips married Andrea Coggio in 1987. They have two children, Mariah and Danny and reside in Underhill, Vermont.