Norman Pearlstine has led some of America’s most prestigious news organizations, including The Wall Street Journal, Forbes, Time Inc., Bloomberg, and, most recently, the Los Angeles Times.

During a career that has spanned more than five decades, working in the U.S., Asia, and Europe, Pearlstine has championed technology and innovation in response to the waves of disruption that have roiled the media industry.

One of America's most respected and experienced journalists, Pearlstine understands today's geopolitical and economic issues and the media in covering them. 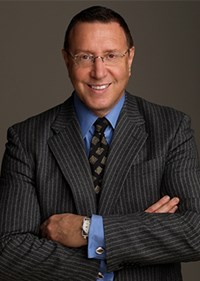 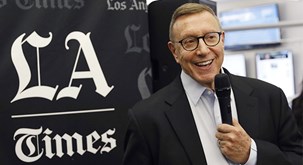 Off the Record: The Use and Misuse of Confidential Sources. 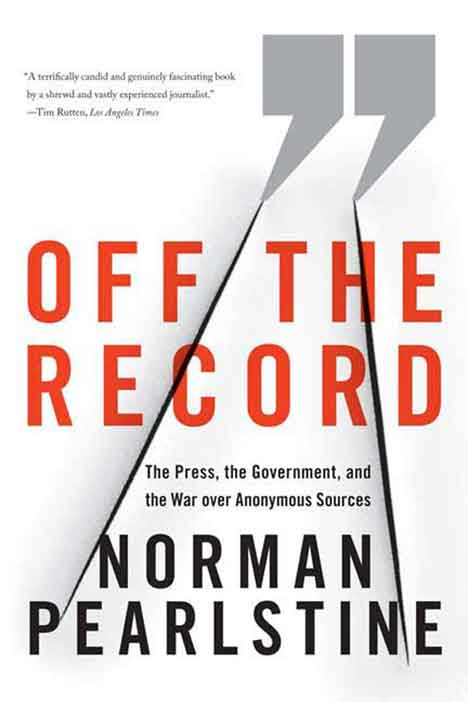 Off the Record: The Press, the Government, and the War over Anonymous Sources

Norman Pearlstine has led some of America’s most prestigious news organizations, including The Wall Street Journal, Forbes, Time Inc., Bloomberg, and, most recently, the Los Angeles Times.

During a career that has spanned more than five decades, working in the U.S., Asia, and Europe, Pearlstine has championed technology and innovation in response to the waves of disruption that have roiled the media industry.

Norman Pearlstine grew up in the suburbs of Philadelphia, where his father was senior partner in a firm that included six relatives. After graduating from The Hill School and Haverford College, where he edited the college newspaper, he received his law degree from the University of Pennsylvania.

Instead of joining the family law firm, Pearlstine took a job as a copyboy at The New York Times. The Times still relied on linotype machines and during his first week on the job, Pearlstine nearly triggered a wildcat strike by the paper’s typesetters when he violated union rules by picking up and moving a block of type.

Fortunately, a high school friend got him an interview at The Wall Street Journal that led to his joining the Journal as a staff reporter in Dallas. Three months later, while in Memphis covering a garbage strike, he interviewed the Rev. Martin Luther King the day before he was assassinated.

Two years later Pearlstine was transferred to Detroit, where he covered the UAWs lengthy strike against General Motors before moving to Los Angeles where he covered the entertainment industry and Las Vegas. In 1973 he was named the Journal’s Tokyo bureau chief. In 1975, he covered the fall of Saigon and the next year he became the first Managing Editor of The Asian Wall Street Journal in Hong Kong.

In 1978 Pearlstine left the Journal to become Executive Editor of Forbes magazine, responsible for the U.S. West Coast and for Asia.

Journal reporters and editors were still using manual typewriters until Pearlstine supervised the introduction of computers into the newsroom.

He served as Managing Editor until 1991 when he became Executive Editor. During those years, he also served as a Director of The Far Eastern Economic Review, a regional magazine based in Hong Kong. In 1992 he launched Smart Money magazine for the Journal’s parent, Dow Jones & Co., and Hearst Corp.

Later that year he left the Journal to start his own publishing company, Friday Holdings, a start-up that focused on migrating content from print to electronic distribution.

Pearlstine was named Editor in Chief of Time Warner Inc. and Time Inc. in 1995. He held those positions through 2005. At Time Inc. Pearlstine oversaw the editorial content of as many as 154 magazines, including Entertainment Weekly, Fortune, In Style, Money, People, Real Simple, Sports Illustrated and Time.

He was also responsible for Time Inc.’s international operations – editorial and business -- for several years. Pearlstine made his first trip to China in 1999 to attend a private dinner with China’s President, Jiang Zemin. That dinner set the stage for Fortune’s first Chief Executive Forum, held later that year in Shanghai.

In 2006 he served briefly as an Advisor to the Chief Executive of Time Warner. Later that year he joined the Carlyle Group as the private equity firm’s Senior Advisor for Telecom & Media, a position he held until 2008 when he became Bloomberg L.P.’s Chief Content Officer, reporting to the firm’s Chief Executive. In that capacity he was responsible for the acquisition and management of Bloomberg Businessweek and Bloomberg Government.

Pearlstine returned to Time Inc. in 2013 as its Chief Content Officer, a position he held until 2016 when he became Vice Chairman. After retiring from Time Inc.
in 2017, he served as a consultant to several U.S. and Asian media companies, including the Hindustan Times in New Delhi.

Pearlstine was named Executive Editor of the Los Angeles Times after Dr. Patrick Soon-Shiong acquired it in June 2018. In that capacity Pearlstine was responsible for all news and opinion, including print, digital and video, until he stepped down at the end of 2020.

Pearlstine is the recipient of numerous honors, including the American Society of Magazine Editors’ Hall of Fame, the Gerald Loeb Lifetime Achievement Award for Distinguished Business & Financial Journalism, and the National Press Foundation’s Editor of the Year Award.

He is also the author of Off the Record: The Press, the Government, and the War over Anonymous Sources, published in 2007.