Nobuki Sugihara is the son of Chiune Sugihara, a Japanese diplomat who in 1940, in Kaunas, Lithuania, defied his government's orders to stop issuing visas to Jews trying to flee Nazi persecution. It is estimated some 6,000 Jews escaped death due to Chiune Sugihara's actions.  Nobuki Sugihara speaks to and keeps alive his father's legacy, and meets first hand with survivors and the growing community of thousands of children and grandchildren begotten since - a community sometimes called "Sugihara Jews." 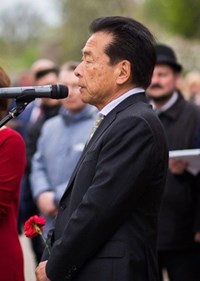 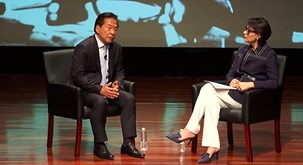 1949 born as the 4th son of Yukiko and Chiune Sugihara in Kugenuma in Fujisawa city, Japan. Currently the only living son.

1968, received scholarship to study at Hebrew university in Jerusalem by Israel.

1972, started to work in the diamond business in Tel Aviv. Has been living between Israel, Europe and Japan.

Married and has 4 daughters and 5 grandchildren.

Has been representing Chiune Sugihara’s deeds ever since 1985 till 2019.

Has been invited by:

France:  - Attendance at the screening of the movie Who will Write our History at the International      Holocaust Remembrance day