Dr. Shepherd is considered a leading international expert, scientist, author, host, and communicator. He is a Georgia Athletic Association Distinguished Professor and Director of University of Georgia's Atmospheric Sciences Program. He is a former NASA Scientist, and was a 2004 PECASE award recipient at the White House. Dr. Shepherd is the host of the only nationally-televised Sunday Talk Show focused on science, The Weather Channel's Weather Geeks. In 2021, he was elected to the National Academy of Engineering, the American Academy of Arts and Sciences, and the National Academy of Sciences. He is the first UGA faculty member in the institution’s 236-year history to be elected to all three honorary societies.

Dr. Shepherd appears extensively in major media, has briefed Congress, and appeared at the White House. He is sought after for major speaking engagements related to weather, climate, science communication and STEM.

Zombies, Sports, and Cola: Implications for Communicating Weather and Climate

How Cities Affect The Weather

Extreme Weather: Is It Linked To Climate Change 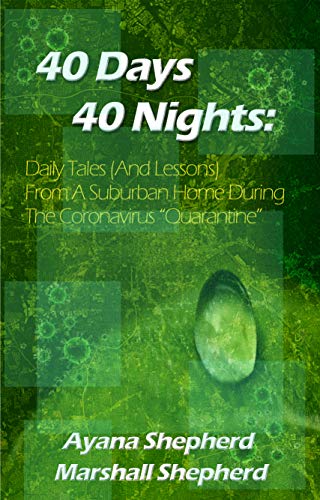 40 Days 40 Nights: Daily Tales (And Lessons) From a Suburban Home During the Coronavirus “Quarantine” 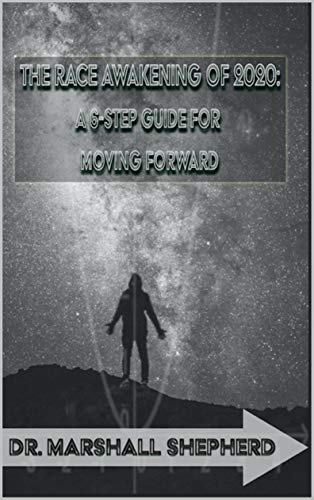 The Race Awakening of 2020: A 6-Step Guide for Moving Forward 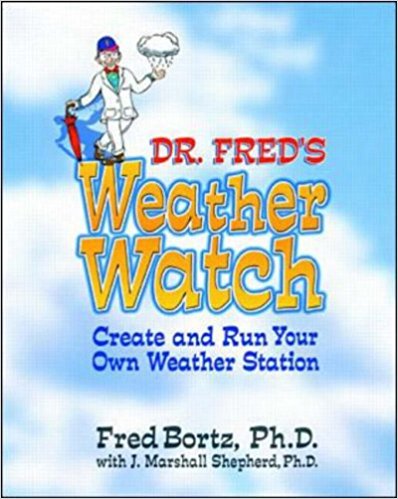 Dr. J. Marshall Shepherd is a leading international weather-climate expert and is the Georgia Athletic Association Distinguished Professor of Geography and Atmospheric Sciences at the University of Georgia. Dr. Shepherd was the 2013 President of American Meteorological Society (AMS), the nation’s largest and oldest professional/science society in the atmospheric and related sciences. Dr. Shepherd serves as Director of the University of Georgia’s (UGA) Atmospheric Sciences Program, the Associate Director of Climate and Outreach for the Institute for Resilient Infrastructure Systems, and Full Professor in the Department of Geography where he was a previous Associate Department Head. Dr. Shepherd is also the host of The Weather Channel’s Award-Winning Weather Geeks, a pioneering TV talk show/podcast and is a Senior Contributor to Forbes Magazine. In 2022, he was selected as the Southeastern Conference (SEC) Professor of the Year following a historic accomplishment the previous year. In 2021, Dr. Shepherd was elected to the National Academy of Sciences, National Academy of Engineering, and the American Academy of Arts and Sciences. Dr. Shepherd is the only faculty member in UGA history to be elected to all three, which are considered some of the highest honors bestowed on a scientist or engineer. The same year, Dr. Shepherd also received the Friends of the Planet Award from the National Council of Science Educators and the American Geological Institutes Award for Engagement in the Geosciences. In 2022 Georgia Trend magazine recognized him as one of the 100 Most Influential Georgians in 2022. Dr. Shepherd is the 2020 Mani L. Bhaumik Award for Public Engagement with Science from the American Association for the Advancement of Science, the 2019 Recipient of the AGU Climate Communication Prize and the 2018 recipient of the prestigious AMS Helmut Landsberg Award for pioneering and significant work in urban climate. In 2017, he was honored with the AMS Brooks Award, a high honor within the field of meteorology. Ted Turner and his Captain Planet Foundation honored Dr. Shepherd in 2014 with its Protector of the Earth Award. Prior recipients include Erin Brockovich and former EPA Administrator Lisa Jackson. He is also the 2015 Recipient of the Association of American Geographers (AAG) Media Achievement award, the Florida State University Grads Made Good Award and the UGA Franklin College of Arts and Sciences Sandy Beaver Award for Excellence in Teaching. In 2015, Dr. Shepherd was invited to moderate the White House Champions for Change event. He is an alumnus of the prestigious SEC Academic Leadership Fellows program. Prior to UGA, Dr. Shepherd spent 12 years as a Research Meteorologist at NASA-Goddard Space Flight Center and was Deputy Project Scientist for the Global Precipitation Measurement (GPM) mission, a multi-national space mission that launched in 2014. President Bush honored him on May 4th 2004 at the White House with the Presidential Early Career Award for pioneering scientific research in weather and climate science. Dr. Shepherd is a Fellow of the American Meteorological Society. Dr. Shepherd was the 2016 Spring Undergraduate Commencement speaker at Florida State University and the 2017 Graduate Commencement speaker at the University of Georgia.

Dr. Shepherd is frequently sought as an expert on weather, climate, and remote sensing. He routinely appears on CBS Face The Nation, NOVA, The Today Show, CNN, Fox News, The Weather Channel and several others. His 3 TED Talks have nearly 3 million viewers, and he is also frequently asked to advise key leaders at NASA, the White House, Congress, Department of Defense, and officials from foreign countries. In February 2013 and 2019, Dr. Shepherd briefed the U.S. Congress on climate change and extreme weather. He has also written several editorials for CNN, Washington Post, Atlanta Journal Constitution, and numerous other outlets and has been featured in Time Magazine, Popular Mechanics, and NPR Science Friday. He has nearly 100 peer-reviewed scholarly publications. Dr. Shepherd has attracted $5 million dollars in extramural research support from NASA, National Science Foundation, Department of Energy, Defense Threat Reduction Agency, and U.S. Forest Service. Dr. Shepherd was also instrumental in leading the effort for UGA to become the 78th member of the University Corporation for Atmospheric Research (UCAR).

Dr. Shepherd is a member of the National Academies’ Space Studies Board and Board on Atmospheric Sciences and Climate and is a past chair of the NASA Earth Sciences Advisory Committee. He was a member of the Board of Trustees for the Nature Conservancy (Georgia Chapter), National Oceanic and Atmospheric Administration (NOAA) Science Advisory Board, Atlanta Mayor Kasim Reed’s Hazard Preparedness Advisory Group United Nations World Meteorological Organization steering committee on aerosols and precipitation, 2007 Inter-governmental Panel on Climate Change (IPCC) AR4 contributing author team, National Academies of Sciences (NAS) Panels on climate and national security, extreme weather attribution, and urban meteorology. Dr. Shepherd is a past editor for both the Journal of Applied Meteorology and Climatology and Geography Compass, respectively.

Dr. Shepherd received his B.S., M.S. and PhD in physical meteorology from Florida State University. He was the first African American to receive a PhD from the Florida State University Department of Meteorology, one of the nation’s oldest and respected. He is also the 2nd African American to preside over the American Meteorological Society. He is a member of the AMS, American Geophysical Union, Association of American Geographers (AAG), Sigma Xi Research Honorary, Chi Epsilon Pi Meteorology Honorary, and Omicron Delta Kappa National Honorary. He is also a member of the Alpha Phi Alpha Fraternity, Inc. and serves on various National Boards associated with his alma mater. Dr. Shepherd co-authored a children’s book on weather and weather instruments called Dr. Fred’s Weather Watch and a book with his wife about life in COVID-19 Quarantine called 40 Days 40 Nights: Daily Tales (and Lessons) From A Suburban Home In Coronavirus Quarantine. His most recent book, The Race Awakening of 2020: A 6-Step Guide To Move Forward, was published in 2020. He is also the co-founder of the Alcova Elementary Weather Science Chat series that exposes K-5 students to world-class scientists. Dr. Shepherd is originally from Canton, Georgia.