Mark Spitz is one of the greatest living sports legends and most remembered by his astonishing win of seven gold medals at the 1972 Olympic Games in Munich. Until the 2008 Games, Mark held the record for the most Olympic Gold medals during one Olympics by a single Olympiad. 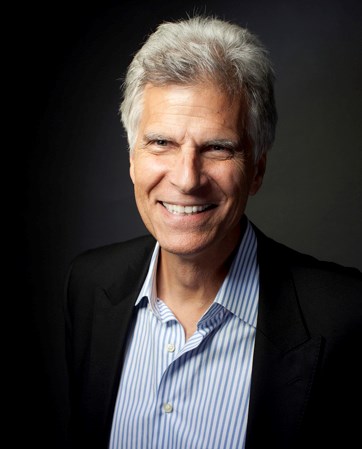 Please send me availability & fees for Mark Spitz
Thank you for your interest in this Harry Walker Agency speaker.
You will hear from one of our agents in the next 24 hours. If you have any other questions or information, please call us right away at 646.227.4900. Are you also interested in learning more about other speakers? Create a My Speaker List.
Rave Reviews About Mark Spitz
“
Mark Spitz was great and so accommodating. In fact, he even offered to have breakfast with major donors, and he was super at both the intimate dinner and the main event.

What Makes a Champion

The Olympic Champion Within Everyone

Being a Jewish Athlete Mark Spitz: The Extraordinary Life of an Olympic Champion

Mark Spitz is one of the greatest living sports legends and most remembered by his astonishing win of seven gold medals at the 1972 Olympic Games in Munich. Until the 2008 Games, Mark held the record for the most Olympic Gold medals during one Olympics by a single Olympiad.

Between 1965 and 1972, Spitz won a total of 11 Olympic medals: nine gold, one silver, and one bronze. During those years, he set 33 World records. He was voted “Athlete of the century” in water sports and one of six “Greatest Olympians” by Sports Illustrated in 2000.

As his focus on swimming slowly began to fade, he became an entrepreneur. He started a successful real estate company in Beverly Hills and continued to capitalize on his success in a recording breaking way. In the 80’s Mark was one of the largest residential real estate developers in Southern California and was involved with an 8-figure apartment development in Hawaii during this time as well. As the real estate market started slowing down, he shifted his focus to the stock market. He became a stock broker and now concentrates in private equity. He continues to seek and pursue opportunities that he feels would be a successful investment.

In 2008, Mark released a self-published book, The Extraordinary Life of an Olympic Champion. The book gives insight from Spitz himself, his coaches and competitors and shares his journey from his early years, to his success as a college athlete at Indiana University and his lucrative Olympic career.