Dr. Mae C. Jemison broke more than the sound barrier in 1992 when she climbed aboard the space shuttle Endeavour and became the first woman of color to travel into space.  She was also NASA’s first Science Mission Specialist performing experiments in material science, life science and human adaptation to weightlessness.  Dr. Jemison is a highly sought after speaker on issues of health care, social responsibility, technology, education, STEM, and motivation. 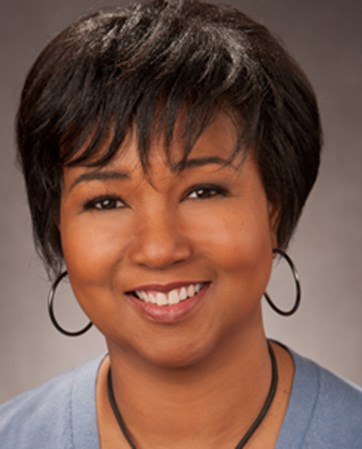 Please send me availability & fees for Mae Jemison
Thank you for your interest in this Harry Walker Agency speaker.
You will hear from one of our agents in the next 24 hours. If you have any other questions or information, please call us right away at 646.227.4900. Are you also interested in learning more about other speakers? Create a My Speaker List.
Rave Reviews About Mae Jemison
“
“Absolutely wonderful! Dr. Jemison gave a terrific speech. The Dean and the Associate Deans were all very pleased and the students and audience truly enjoyed her. We were absolutely delighted to have Dr. Jemison at our commencement ceremony and could not have been more pleased with her talk.

Play
Now
News Commentary - Returning to the moon is important in and of itself, facilitates going to Mars | CNN [3:12]

Exploring the Frontiers of Science and Human Potential

Dedicating her life’s work to scientific, technological, and medical advancements, Dr. Jemison explores the frontiers of science and the human potential. ...

Dedicating her life’s work to scientific, technological, and medical advancements, Dr. Jemison explores the frontiers of science and the human potential.

Dr. Jemison discusses the importance of STEM in developing the next generation of problem solvers and entrepreneurs.  This is an important topic for college and universities, as well as municipal regions working in partnership with businesses to attract and develop STEM talent. ...

Dr. Jemison discusses the importance of STEM in developing the next generation of problem solvers and entrepreneurs.  This is an important topic for college and universities, as well as municipal regions working in partnership with businesses to attract and develop STEM talent.

Dr. Mae Jemison, first woman of color in space, releases a second edition of her young adult autobiography Find Where the Wind Goes: Moments From My Life

DR. MAE JEMISON is already in the history books: NASA astronaut, first woman of color in space, physician in developing countries, engineer, educator, with schools named in her honor and was even the first real astronaut to appear on Star Trek. Now the second edition of Dr. Jemison’s book, Find Where the Wind Goes: Moments From My Life is set to energize a new generation. Find Where the Wind Goes shares candid, humorous and heartfelt stories of life events from her childhood to becoming who she intended to be – space explorer, scientist, dancer and positive force. Expanding on her childhood and her time at NASA, she offers new musings on the present, from civil unrest to what she’s learned from cats. With camaraderie and respect for the intellect of the young reader, Dr. Jemison writes of going from a fear of heights as a child to dancing in orbit on the Space Shuttle Endeavour.

“There are so many parallels between when I was growing up and the world teenagers find themselves in today– human rights, social justice, an explosion of science and technology, space exploration, growing awareness and connections across the globe, evolving music and art, and individuals asserting their rights to participate,” said Dr. Jemison. “My story is about finding who you intend to be and trying to assert who you are as a teen as the world is changing around you. I hope my story provides some clues to making it through while keeping your smile, integrity and hopefulness.” 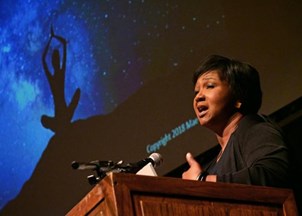 A larger-than-life force of inspiration, MAE JEMISON is in-demand for Black History Month and MLK Day events. Encouraging audience members that, "If you want a seat at the table, you can have one," Jemison brings her trailblazing story to life for rapt audiences. As one high school teacher, who drove to one of Jemison's keynote said, "Jemison is an incredible inspiration, and to see her in person was a privilege and honor." Featured in a children’s book entitled Little Leaders: Bold Women in Black History and included in a groundbreaking Women of NASA Lego set, Jemison is a true icon, heralded for her passion and continued dedication to building a world of opportunity and equality. At every event she generates excited Twitter buzz, and consistently receives rave reviews thanks to her incredible interactions with every audience. Just look at these tweets from one recent engagement: “Went to hear @maejemison give a speech at @CUBoulder last night and I had one of the BIGGEST surprises happen ever... she came down from the stage and accepted my comic as a gift and shook my hand! It felt so surreal and AWESOME at the same time”; “In first grade, I got to create a report about the legendary @maejemison. Now, almost 20 years later, I get to hear her speak at @CUBoulder. Look up and pursue the extraordinary.” 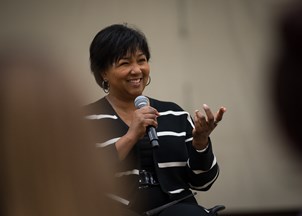 A larger-than-life force of inspiration, MAE JEMISON broke more than the sound barrier in 1992 when she climbed aboard the space shuttle Endeavour and became the first woman of color to travel into space. A trailblazer, Jemison offers bold inspiration and game-changing lessons on leadership, social responsibility, and diversity for enraptured audiences. Currently at the helm of the 100-year Starship, a groundbreaking, Pentagon-funded effort, Jemison is pioneering and transforming breakthrough science and technology to enhance the quality of life on Earth. Featured in a children’s book entitled Little Leaders: Bold Women in Black History and included in a groundbreaking Women of NASA Lego set, Jemison is a true icon, heralded for her passion and continued dedication to building a world of opportunity and equality. At every even she generates excited Twitter buzz, and consistently receives rave reviews thanks to her incredible interactions with every audience. Recent reviews include: "Dr. Jemison was amazing! I have received nothing but positive feedback on her presentation. In fact, many have said she was the best speaker they had ever heard..." (Girl Scouts of the USA); "Everyone loved Dr Jemison! She was a great speaker, and very gracious." (BCG)

Dr. MAE JEMISON is an American icon, the first African American woman in space, entrepreneur and advocate for science education at all levels. College and Universities hosting STEM events praise Dr. Jemison as the perfect speaker to bring their event to an apex.  Cities and municipal regions working in partnership with tech and engineering businesses have invited Dr. Jemison to speak at their STEM events to draw attention to STEM careers, and to attract and develop talent. Dr. Jemison inspires her audiences as a living example of the literal heights STEM studies can take a dreamer and worker.

Watch an example of one talk she's given here >>

Contact us to bring Dr. Jemison as a speaker to your STEM event >>
Books by Mae Jemison 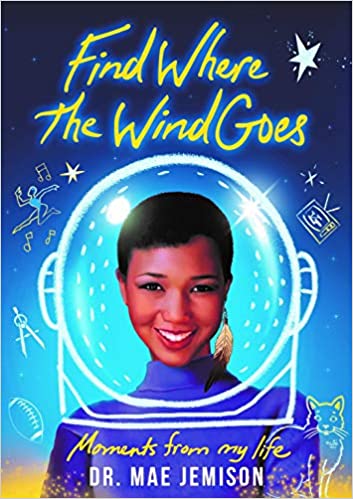 Find Where the Wind Goes: Moments from My Life

Dr. Mae C. Jemison leads 100 Year Starship (100YSS), a bold, far reaching nonprofit initiative to assure the capabilities exist for human travel beyond our solar system to another star within the next 100 years.  Jemison is building a multi-faceted global community to foster the cultural, scientific, social and technical commitment, support and financial framework to accomplish the 100YSS vision-An Inclusive, Audacious Journey (that) Transforms Life Here on Earth and Beyond.  100YSS programs include: Annual public conference NEXUS- Pathway to the Stars: Footprints on Earth; the Canopus Awards for Excellence in Interstellar Writing; the 100YSS Crucibles-Invitation only, transdisciplinary workshops to generate new disciplines to disrupt technological and systemic hurdles; and 100YSS True Books to engage elementary students.  The 100YSS Way Research Institute seeks to generate the radical leaps that accelerate knowledge, technology, design, and thinking not just for space travel, but to enhance life on Earth.  Jemison led the team that won the competitive, single awardee seed funding grant in February 2012 from premiere research agency DARPA.

Jemison, the first woman of color in the world to go into space, served six years as a NASA astronaut.  Aboard the Space Shuttle Endeavour, STS-47 Spacelab J mission in September 1992, she performed experiments in material science, life sciences and human adaptation to weightlessness.

Jemison started The Jemison Group, Inc. (JG) a technology consulting firm integrating critical socio-cultural issues into the design of engineering and science projects, such as satellite technology for health care delivery and solar dish Stirling engine electricity in developing countries. JG researches and develops stand-alone science and technology companies.  BioSentient Corporation, a medical devices and services company focused on improving health and human performance is such a company.  An Environmental Studies professor at Dartmouth College, Jemison worked on sustainable development and technology design particularly for the developing world.  Before joining NASA she was the Area Peace Corps Medical Officer for Sierra Leone and Liberia and a general practice physician in Los Angeles.

In 1994 Jemison founded the international science camp The Earth We Share™ (TEWS) for 12-16 year old students from around the world, a program of the non-profit Dorothy Jemison Foundation for Excellence (DJF).  From 2011 to 2014, DJF held TEWS-Space Race in collaboration with the Los Angeles Unified School District training hundreds of middle school teachers in experiential science education and over thousands of middle school students.  Other foundation programs include Reality Leads Fantasy-Celebrating Women of Color in Flight that highlighted women in aviation and space from around the world.  EXPO Inspire is a hands-on public STEM fair.  LOOK UP™ announced in September 2017 an international movement to galvanize people worldwide, on a single day, to acknowledge that we are Earthlings.

Jemison was Bayer Corporation USA’s national science literacy ambassador. She is one of the series hosts for National Geographic’s “One Strange Rock” and space operations advisor for its global miniseries MARS.

Jemison is a member of the U.S. National Academy of Medicine and is on the boards of directors of Kimberly–Clark, the National Board of Professional Teaching Standards and the Texas Medical Center.  She was the Founding Chair of the Texas state Product Development and Small Business Incubator Board, Chair the Texas State Biotechnology and Life Sciences Industry Cluster, Chair of the Greater Houston Partnership Disaster Planning and Recovery Task Force, and served on the board of Scholastic, Inc. and Valspar Corporation.  Jemison is a inductee of the National Women’s Hall of Fame, the National Medical Association Hall of Fame and Texas Science Hall of Fame, International Space Hall of Fame as well as a recipient of the National Organization for Women’s Intrepid Award, The Kilby Science Award and National Association of Corporate Directors’ Directorship 100 most influential people in the boardroom in 2014, Honorary member of Alpha Kappa Alpha Sorority and the New York Academy of Sciences, among many honors. She was a featured panelist on the CNBC special “The Business of Science” (9/2011) and was one of the teachers on “The Dream School.”  Jemison is an author including Find Where the Wind Goes: Moments from My Life True Books series on space exploration.  She was the first real astronaut to appear on Star Trek TV series and is a LEGO figurine in the LEGO Women of NASA kit.