The creator and co-host of MSNBC's Morning Joe and a former Florida Congressman, Joe Scarborough ignites early morning audiences with his no-holds barred political commentary. Pulling from his experience as an influential player in Republican politics, Scarborough leads candid discussions about the important issues facing America each day. He is a member of the Cable News Hall of Fame, and has been named to the prestigious "TIME 100" list.

A Washington Post contributor and New York Times bestselling author, Joe's books take a close look at Republican politics, offering both historical analysis and prescient insight into the nature of conservatism in the United States.

As popular on stage as he is on TV, Joe brings the same energy to his speeches as he does his morning show. With his signature off-the-cuff commentary, he offers a dynamic and fast-paced perspective on the current political and media landscape and the headlines of the day. 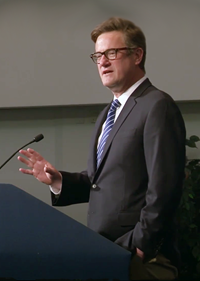 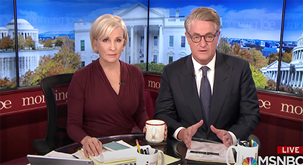 The Political Landscape with Morning Joe

In this high-impact presentation, Joe Scarborough presents opinion, analysis, and observations about the biggest news stories of the day. A former member of Congress and host of the most buzzed-about morning show, Scarborough breaks down the news you need to know about politics, elections, the econo ...

In this high-impact presentation, Joe Scarborough presents opinion, analysis, and observations about the biggest news stories of the day. A former member of Congress and host of the most buzzed-about morning show, Scarborough breaks down the news you need to know about politics, elections, the economy, and what’s next for America. 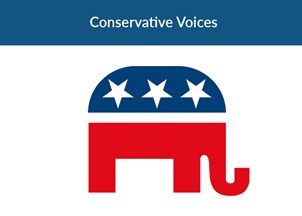 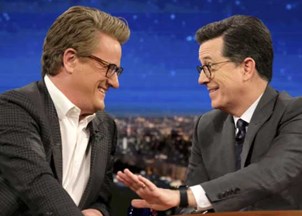 On his MSNBC news and talk show Morning Joe, in his bestselling books and his Washington Post opinion pieces, JOE SCARBOROUGH drives important conversations on the issues facing America right now. As a former Republican congressman and influential player in conservative politics, Joe's prescient commentary is grounded in historical analysis with a critical eye toward upholding American ideals- not party politics.  In fact, when Joe announced he was leaving the Republican party to become an Independent, people took notice, and Joe maintains the message that citizens and their representatives should vote according to their conscience, not their party membership.  In addition to his daily show, Joe, along with his co-host and wife Mika Brzezinski, appear everywhere from The Late Show with Stephen Colbert to Variety to Billboard Magazine, where he discusses his band The Independent Counsel of Funk and their their latest song "Blue Dawn," a gospel influenced wake-up anthem. 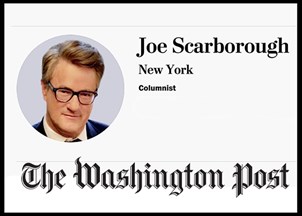 JOE SCARBOROUGH, a former Republican congressman from Florida and co-host of the MSNBC show “Morning Joe" writes for the Washington Post on the most important political issues happening now. He lends his insight and commentary to subjects ranging from the presidency, elections, Congress to the current state of the nation.

Due out in November! Saving Freedom: Truman, the Cold War, and the Fight for Western Civilization 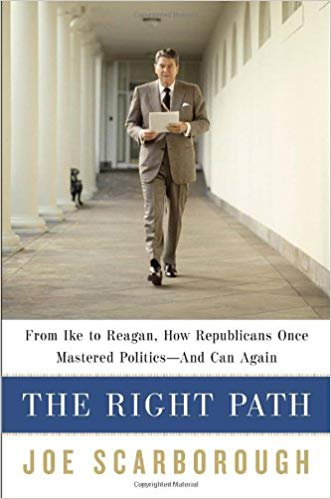 The Right Path: From Ike to Reagan, How Republicans Once Mastered Politics--and Can Again 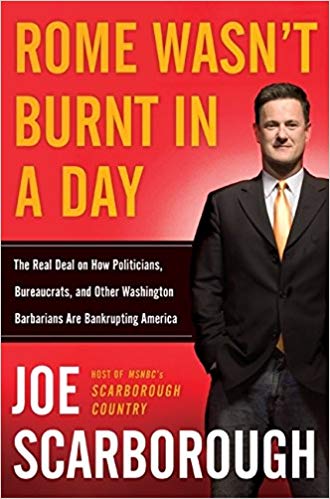 Rome Wasn't Burnt in a Day: The Real Deal on How Politicians, Bureaucrats, and Other Washington Barbarians are Bankrupting America 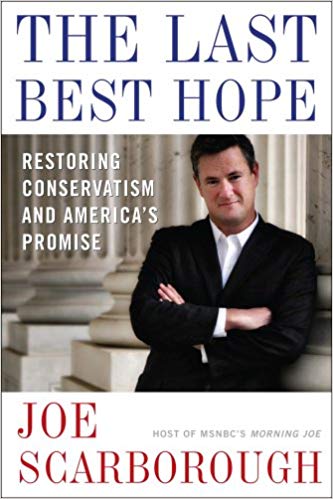 Former Congressman Joe Scarborough (R-Fla.) is creator and co-host of MSNBC’s “Morning Joe” alongside Mika Brzezinski—a show that Time Magazine calls “revolutionary.”  “Morning Joe” features interviews with top newsmakers and in-depth analysis of the day’s biggest stories.  The New York Times has ranked Morning Joe as one of today’s top morning news shows and has praised Joe and Mika's natural repartee and off-the-cuff commentary.  The New Yorker has described the show as "appallingly entertaining.” In 2016, Joe, along with host Mika Brzezinski, was inducted into the Cable Hall of Fame.

Joe was named to the prestigious “Time 100” list of the world’s most influential people, and Vanity Fair named both Joe and Mika to their 2012 list of “Top Media Power Players.”

In addition to his career in television, Joe is a Washington Post contributor, as well as a two-time New York Times best-selling author. His first work, Rome Wasn’t Burnt in a Day, predicted the collapse of the Republican majority and U.S. economy due to his party's reckless spending.  His second book, The Last Best Hope: Restoring Conservatism and America's Promise, draws on the forgotten genius of conservatism to offer a road map for the movement and the country.

Most recently, Joe released The Right Path:  From Ike to Reagan, How Republicans Once Mastered Politics—and Can Again, which looks back in time to discern how Republicans once dominated American public life. From Eisenhower’s refusal to let “the perfect be the enemy of the good” to Reagan’s charismatic but resolutely practical genius, Joe shows how principled pragmatism combined with a commitment to core conservative values led to victory after victory.

Joe served as a member of Congress from 1994-2001. While in office, he was a member of the Judiciary, Armed Services, Oversight, and National Security committees.