Audiences who invite Joe Lockhart to speak know they are hearing from someone with real, executive experience at the highest levels. Joe Lockhart knows how to handle a crisis. Vice Chairman of Public Affairs for Edelman, a global communications marketing firm, Lockhart provides reputation counsel to CEOs and C-suite executives. Lockhart is also a frequent contributor to CNN. Previously he served as the NFL's EVP of Communications and Public Affairs, and protected one of America's greatest brands with the most intense fan base. Lockhart has also served as White House Press Secretary under President Bill Clinton and as Vice President of Global Communications for Facebook, where he led the social network’s corporate, policy and international communications team.

Please send me availability & fees for Joe Lockhart
Thank you for your interest in this Harry Walker Agency speaker.
You will hear from one of our agents in the next 24 hours. If you have any other questions or information, please call us right away at 646.227.4900. Are you also interested in learning more about other speakers? Create a My Speaker List.
Rave Reviews About Joe Lockhart
“
There are times when I truly love my job. Friday night's presentation of Joe Lockhart was one of those nights. He was charming, he was funny and he provided a fascinating insider's view of the strategies and forces that are shaping our country's future. The audience loved him; their respect and appreciation was palpable. I had to cut the questions off at 10 pm at which point he received a standing ovation. It was a great night and we all look forward to a return visit. Thanks for bringing him to us.

From the White House to the NFL: Building an Effective Communications Strategy

As one of the most important and iconic cultural institutions in the U.S., the NFL is subject to almost as much scrutiny as the government. Americans’ passion for the game generates debates every bit as heated as those in politics. As the NFL’s chief communications officer, Joe Lockhart led the leag ...

As one of the most important and iconic cultural institutions in the U.S., the NFL is subject to almost as much scrutiny as the government. Americans’ passion for the game generates debates every bit as heated as those in politics. As the NFL’s chief communications officer, Joe Lockhart led the league through a turbulent 2017 season amid a public feud with the president that ignited a passionate national debate about the protests and patriotism, as well as high-profile rifts within the organization. With the intensity of the 24/7 news cycle and the communications strategies employed to amplify the NFL's message, Lockhart's experience was comparable to his tenure as White House Press Secretary. Lockhart's account gives audiences a front row journey through the stormy political waters of the NFL's cultural crisis and the lessons learned for shaping an effective communications strategy in today's unpredictable political and media landscape.

Media Management in the Information Age

Why Washington is Important 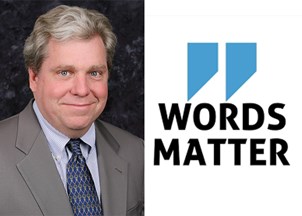 Joe Lockhart's podcast gets at the real truth behind today's news

A renowned communications expert who's leadership has shaped elite organizations from the NFL to Facebook to the White House, JOE LOCKHART offers eye-opening insights on today's media and political climate, and actionable lessons on crisis management and building an effective communications strategy. In his podcast, Words Matter, Lockhart provides refreshing analysis of the week's news and gets at the real truth behind all the distracting headlines. Lockhart believe that facts, evidence, truth and objective reality are necessary and vital in public discourse. Drawing on his experience as both a Washington insider and private sector executive, Lockhart dives into current events, and decodes what they mean for our future. 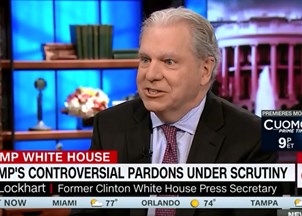 Joe Lockhart in the news

Former White House Press Secretary under President Bill Clinton, as Vice President of Global Communications for Facebook, and as a contributor to CNN, JOE LOCKHART is called upon for his expert views and insights.

Joe Lockhart is Vice Chairman of Public Affairs for Edelman, a global communications marketing firm, where he provides reputation counsel to CEOs and C-suite executives. He is also a frequent contributor to CNN and reflects on the week's news with Katie Barlow as they co-host the Words Matter podcast. Lockhart most recently served as Executive Vice President of Communication with the National Football League, where he oversaw and directed league office initiatives for communications, social responsibility and community relations. As Vice President of Global Communications for Facebook, Lockhart led the social network’s corporate, policy and international communications team. Lockhart was a Founding Partner and Managing Director of The Glover Park Group, providing clients with valuable insight in media relations and political strategy. He is a former chief spokesman and senior adviser to President Bill Clinton (from 1998-2000).

In addition, he has a wealth of experience in strategic communications for a variety of clients. As Executive Vice President at Bozell Sawyer Miller, he advised a range of high-profile corporations and institutions.