Multi-talented and award-winning musician, actor, activist, fashion icon, and bestselling author Janelle Monáe is a uniquely original artist whose work examines questions of identity, power, and belonging. Monáe is known for her acclaimed albums The ArchAndroid, The Electric Lady, and Dirty Computer, as well as starring roles in Hidden Figures, Homecoming, Antebellum, and the Best Picture Oscar-winner Moonlight, to name a few. Heralded for their artistry and activism, Monáe is a vocal advocate for the LGBTQ+ community and social movements toward justice and the end of systemic prejudice and racism. Their debut book, the Afrofuturist story collection The Memory Librarian: And Other Stories from Dirty Computer, became an instant New York Times bestseller and captures Monáe’s mesmerizing gift of storytelling and boundless creative voice.

Monáe has received countless Grammy nominations, and has won an MTV Video Music Award, the ASCAP Vanguard Award, Billboard’s Women in Music Rising Star Award as well as the Trailblazer of the Year Award, and a Hugo Award nomination for the short film for her album Dirty Computer. She has been featured in The New York Times, The Wall Street Journal, and appeared on The Daily Show with Trevor Noah, Amanpour, Washington Post Live, and many more. They will star highly-anticipated upcoming film, Glass Onion: A Knives Out Mystery. A global icon, Monáe is sought after for captivating and profound conversations about artistry, activism philosophy, challenging the status quo, and the future. 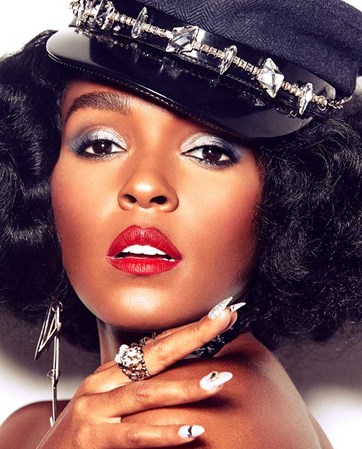 In Conversation with Janelle Monáe

Global icon Janelle Monáe is renowned as a musician, actor, New York Times bestselling author, and activist. Monáe is heralded for their artistry and advocacy for the LGBTQ+ community and social movements toward justice and liberation. Drawing on her award-winning career as a musician and actor, her ...

Global icon Janelle Monáe is renowned as a musician, actor, New York Times bestselling author, and activist. Monáe is heralded for their artistry and advocacy for the LGBTQ+ community and social movements toward justice and liberation. Drawing on her award-winning career as a musician and actor, her bestselling Afrofuturist short story collection The Memory Librarian, and her philosophy as an activist, Monáe shares profound insights that inspire and energize audiences of all kinds. 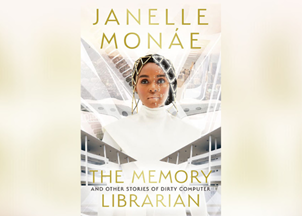 Award-winning musician and actor JANELLE MONAE is now a New York Times bestselling author, following the release of their debut queer Afrofuturist short story collection, The Memory Librarian: And Other Stories of Dirty Computer. The Memory Librarian explores what it’s like to live in a totalitarian existence – and what it takes to get out of it – drawing on the powerful themes and artistic genius that have made Monáe a global icon.

As a child, Monáe’s family recognized their creative gifts – as the multi-talented artist told to The New York Times, “I was probably in elementary school going into middle school when I wrote this story about my grandmother being abducted by aliens. That was the first time my family was like, OK, you have a very strong, interesting, scary-at-times imagination.” Now her co-written collection, which explores different threads of liberation – queerness, race, gender plurality, and love – has spent five weeks on the New York Times bestseller list, and was heralded by Forbes as “a sexy, soulful, and dissident collection of tales.” Monáe is a highly sought-after speaker for her profound insights about creativity, activism, and liberation, which make an impact with audiences of all kinds. 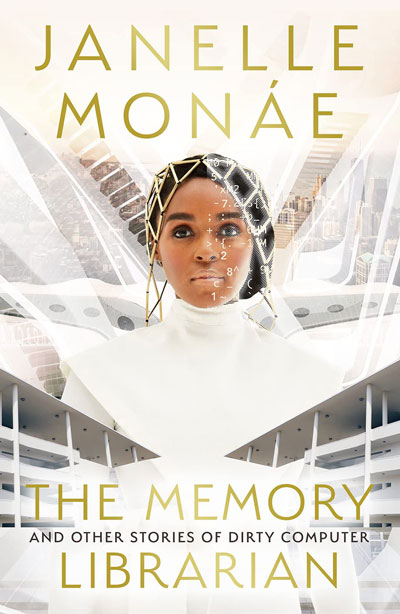 The Memory Librarian: And Other Stories of Dirty Computer

Monáe’s debut album “The ArchAndroid” was released to widespread acclaim, earning her multiple Grammy nominations, and the title of “The #1 Album of 2010” by The Associated Press, The Guardian, The Chicago Tribune, and The Los Angeles Times. Monáe was also a recipient of the 2011 ASCAP Vanguard Award, and was included in the first-ever “Women Who Rock” exhibit at the Rock & Roll Hall of Fame earlier that year. A dynamic performer and artistic entrepreneur, Ms. Monáe has launched her own record label called the Wondaland Arts Society, and has performed worldwide with artistic legends such as Stevie Wonder and Prince.

In 2012, Janelle was named the face of Covergirl, and her Sonos ad campaign has garnered over 1.2 million views on YouTube and counting. She has a strong online presence and fan base with over 800,000 likes on Facebook and nearly 600,000 followers on twitter.