Jack Perkowski is a regular speaker to a wide range of audiences, addressing topics such as doing business in China, global and domestic industry trends, China’s global economic impact and its future role in the global economy, as well as China specific topics such as IPR issues, distribution, and dealing with the Central and Local governments.  Mr. Perkowski’s extensive Wall Street experience, combined with his on the ground experience living and operating in China, gives him a unique perspective on the development of what is rapidly becoming one of the largest economies in the world. 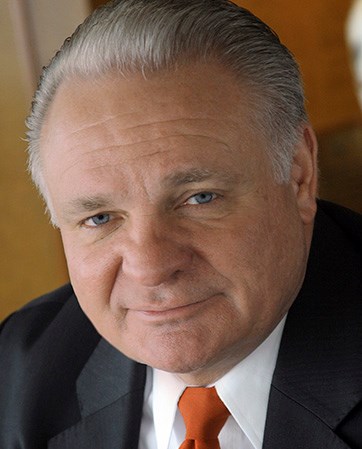 Please send me availability & fees for Jack Perkowski
Thank you for your interest in this Harry Walker Agency speaker.
You will hear from one of our agents in the next 24 hours. If you have any other questions or information, please call us right away at 646.227.4900. Are you also interested in learning more about other speakers? Create a My Speaker List.
Rave Reviews About Jack Perkowski
“
The comments from the group have been laudatory. You really were perfect. The combination of solid information, a fascinating personal story and an easy-going but authoritative style is golden. Thank you so much for a splendid job.

Establishing and Building A Business In China

Doing Business and Operating In China

Jack Perkowski, the founder and CEO of ASIMCO Technologies, one of the largest, Western-owned components manufacturing businesses in China, shares with audiences the importance of developing a local management team and how to successfully navigate around the cultural differences and China’s unique w ...

Jack Perkowski, the founder and CEO of ASIMCO Technologies, one of the largest, Western-owned components manufacturing businesses in China, shares with audiences the importance of developing a local management team and how to successfully navigate around the cultural differences and China’s unique ways of doing business to achieve business and financial success. This presentation will cover:

China: The Trade War and The Road Ahead Innovation in China and How It’s Re-shaping Global Industries How China’s Markets Work – and What This Means for the Future of Your Industry” China’s Two Markets and How They Are Changing the World “Cost, Market and Technology”, Ingredients to Change Global I ...

Jack Perkowski, a successful Western entrepreneur doing business in China, shares his thoughts on what the future holds for the largest market in the world. Taking an economic snapshot of China, Mr. Perkowski provides insight into how other economies affect China and the implications of China’s rise ...

Jack Perkowski, a successful Western entrepreneur doing business in China, shares his thoughts on what the future holds for the largest market in the world. Taking an economic snapshot of China, Mr. Perkowski provides insight into how other economies affect China and the implications of China’s rise, what to anticipate – and what to look out for. Managing the Dragon: How I'm Building a Billion-Dollar Business in China

Under Jack’s leadership, ASIMCO gained a reputation for developing local management and integrating a broad based China operation into the global economy. ASIMCO was twice named one of the “Ten Best Employers in China” in surveys conducted by Hewitt Associates and leading news organizations in Asia. In 2008, Jack was designated by China Auto News one of “30 Outstanding Entrepreneurs in China’s Auto Components Industry over the 30 Years of Economic Reform,” the only foreigner to receive this distinction.

Often referred to as “Mr. China,” Jack is widely recognized as an expert on doing business in China. He authored Managing the Dragon: How I’m Building a Billion Dollar Business in China, and his articles on China, its economy and developing a business in the country have been published in The Wall Street Journal, Far Eastern Economic Review, Huffington Post, AmCham’s China Brief and BusinessForum China. Jack is a frequent speaker to university and business school groups, corporate and industry conferences and leading professional organizations such as the Council on Foreign Relations, the Asia Society and the YPO, and has been interviewed on CNN, CNBC, Fox, BBC, NPR, and CCTV. Jack’s unique journey to China has been featured in many articles on the subject.

Jack serves on the Board of Directors of NASDAQ listed Fushi Copperweld, Inc., the world’s leading bimetallic company with operations in China, the United States and the United Kingdom, and is on the Board of Advisers of Westlake International, LLC, a company whose extensive China expert network provides “on-the-ground” industry information to Western institutional investors. Jack is a member of JP Morgan’s “China Expert Series” and was named a Distinguished Speaker at the University of Virginia’s Darden School of Business.

In April 2009, Jack founded JFP Holdings, a merchant banking firm focused on China, where he now serves as Managing Partner. Jack and his wife, Carleen, have lived in Beijing since 1994.