Pulitzer Prize-winning journalist Helene Cooper is a Pentagon correspondent with The New York Times and a New York Times bestselling author. Working previously at the Wall Street Journal, Cooper was the foreign correspondent, reporter, and editor in the London, Washington, D.C., and Atlanta bureaus. For The New York Times, she covered the White House and was the diplomatic correspondent, reporting from 86 countries. Her autobiography, The House at Sugar Beach: In Search of a Lost African Childhood, is a New York Times bestseller and National Book Critics Circle finalist. Cooper also wrote Madame President: The Extraordinary Journey of Ellen Johnson Sirleaf, bringing her unparalleled journalistic skills to this biography of the leader of the women’s movement in Liberia. Cooper’s high-level analysis of today’s most important issues, thoughtful insights, and unwavering pursuit of the truth makes for indelible conversations that will have an enduring impact.

Please send me availability & fees for Helene Cooper
Thank you for your interest in this Harry Walker Agency speaker.
You will hear from one of our agents in the next 24 hours. If you have any other questions or information, please call us right away at 646.227.4900. Are you also interested in learning more about other speakers? Create a My Speaker List.
Rave Reviews About Helene Cooper
“
Helene was great. There was a long line afterwards for photographs and autographed books. And the dinner beforehand was really a hit – everyone was really taken with her!

A Conversation with Helene Cooper

Pulitzer Prize-winning journalist, Pentagon correspondent, and New York Times bestselling author Helene Cooper shares high-level analysis of today’s most important issues as well as engaging insights from her award-winning work as a journalist and author in a fascinating moderated conversation that ...

Pulitzer Prize-winning journalist, Pentagon correspondent, and New York Times bestselling author Helene Cooper shares high-level analysis of today’s most important issues as well as engaging insights from her award-winning work as a journalist and author in a fascinating moderated conversation that makes an enduring impact with audiences of all kinds.

In 2015, she was part of the team that won the Pulitzer Prize for international reporting, for her work in Liberia during the Ebola epidemic. She is also the winner of of the George Polk award for health reporting (2015) and the Overseas Press Club Award (2015). 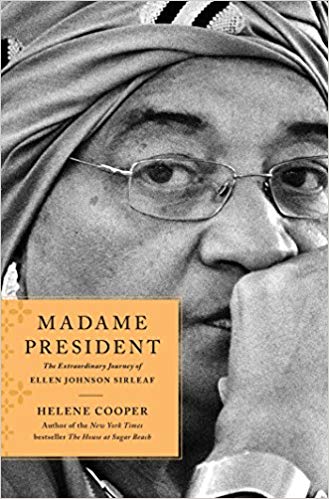 The House at Sugar Beach: In Search of a Lost African Childhood

Helene Cooper is a Pentagon correspondent with The New York Times. Prior to this assignment, she covered the White House and was The Times’ diplomatic correspondent. She joined the newspaper in 2004 as the assistant editorial page editor, a position she held for two years before she ran out of opinions and returned to news. She has reported from 64 countries, from Pakistan to the Congo.

Previously, Helene worked for 12 years at the Wall Street Journal, where she was a foreign correspondent, reporter, and editor, working in the London, Washington, and Atlanta bureaus. She is the winner of the Raymond Clapper award for Washington reporting (2000), the Sandy Hume award for best reporter under the age of 35 (2001), the Missouri Lifestyle award for feature writing (2002), a National Association of Black Journalists award for feature writing (2004), and the Urbino Press Award for foreign reporting (2011). In 2015 she won the Pulitzer Prize for International Reporting, an Overseas Press Club Award for International Reporting, and a George Polk Award for Health Reporting, all three for her coverage of the Ebola crisis.

Born in Monrovia, Liberia, Helene is the author of The House at Sugar Beach: In Search of a Lost African Childhood (Simon and Schuster), a New York Times best seller and a National Book Critics Circle finalist in autobiography in 2009. In 2009 and 2010, she appeared on the TV quiz show, Jeopardy!, as a clue. She has also appeared on Meet the Press, Washington Week, The Tavis Smiley Show, The Chris Matthews Show, and This Week.

She holds a bachelor’s degree in journalism from the University of North Carolina at Chapel Hill.