Dr. Harry G. Broadman is former US Assistant Trade Representative, Chief of Staff of the President’s Council of Economic Advisers, Senior Managing Director of PricewaterhouseCoopers, Private Equity Investment Executive, World Bank Official, RAND Corporation Staff Member, and Professor at Harvard and Johns Hopkins.  These positions have placed him at the forefront of the most critical global business and policy decisions over the past three decades.  Broadman offers distinct—and often provocative—practical insights on not only where are the market opportunities and risks in today’s global industrial landscape, especially in high growth emerging markets, but also on how businesses, investors and policymakers can most effectively make strategic decisions to achieve their aspirations for the future.

Broadman is Partner and Chair of the Emerging Markets Practice at Berkeley Research Group LLC, a global consultancy on 6 continents focused on international investment disputes and arbitration; cross-border trade policy and national security regulation; antitrust litigation; and corporate governance and corruption matters. He is also a professor at Johns Hopkins University; serves on several corporate boards; a faculty member and Board Leadership Fellow at the National Association of Corporate Directors (NACD); and a monthly global business columnist for Forbes and Gulf News, and frequent contributor to the Financial Times.

A former US Assistant Trade Representative, Chief of Staff of the President’s Council of Economic Advisers, Managing Director and Investment Committee Member at Albright Capital Management (an international private equity firm), a World Bank executive in China, Russia, the Balkans and Africa, and Senior Managing Director at PricewaterhouseCoopers (PwC), where he founded and led PwC’s Global Management Consulting Business Growth Strategy Practice and also served as PwC’s chief economist, Broadman’s multifaceted perspective draws on more than 36 years of operational expertise in how corporations, investors, and governments interact on a day-to-day basis and how best to navigate and capitalize on these interrelationships.  Earlier in his career, Broadman served on the Harvard University faculty, on the RAND Corporation staff, at the Brookings Institution, and as Chief Economist of the US Senate Committee chaired by John Glenn.

He is lifetime member of the Council on Foreign Relations and the Bretton Woods Committee. He is the author of three widely cited books: Africa’s Silk Road: China and India’s New Economic Frontier;  From Disintegration to Reintegration: Eastern Europe and the Former Soviet Union in International Trade; and China's Management of Enterprise Assets: The State As Shareholder.  Broadman also writes extensively for professional economics, foreign policy and law journals. Broadman earned his B.A. magna cum laude in Economics and History from Brown University, where he was elected to Phi Beta Kappa, and his Ph.D. in Economics from the University of Michigan.

Please send me availability & fees for Harry G. Broadman
Thank you for your interest in this Harry Walker Agency speaker.
You will hear from one of our agents in the next 24 hours. If you have any other questions or information, please call us right away at 646.227.4900. Are you also interested in learning more about other speakers? Create a My Speaker List.
Rave Reviews About Harry G. Broadman
“
Harry Broadman was asked to speak spontaneously and interactively with another expert on the “Challenges of China Today and Tomorrow”. Harry’s expertise, sense of the audience and demeanor allowed for a level of enhanced enlightenment beyond our expectations.

The success of all companies, both those that only operate domestically or are engaged in international markets, is determined by how well they are able to successfully navigate the increasingly rapid changes in risks and growth opportunities that characterize today’s markets throughout the world, e ...

The success of all companies, both those that only operate domestically or are engaged in international markets, is determined by how well they are able to successfully navigate the increasingly rapid changes in risks and growth opportunities that characterize today’s markets throughout the world, enabling them to outsmart their competitors. In a nutshell, resilience in business operations should be at the heart of a firm’s strategy, informing decisions—both short- and long-run—taken by the company’s executive team and the board of directors that oversee them. Which operational corporate strategies have proven to be most effective in balancing the mitigation of risks and the pursuit of growth? What lessons should be drawn from the practices pursued by the most successful companies across a variety of sectors and geographies in achieving agility to outperform rivals? As a veteran business practitioner and international banker with enormous on-the-ground expertise working in numerous sectors and geographies; private equity investment executive; advisor to C-suites and boards; and professor of global corporate strategy, Harry Broadman shares his practical insights on what he is seeing as the most effective approaches today to enhance business resilience.

The Coalition-Based Trade Strategy Trump Should Pursue Toward China

Corporate Boards Oversight Of Cyber Risks Is Too Passive 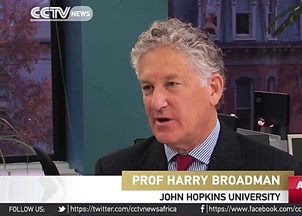 Harry G. Broadman in the news 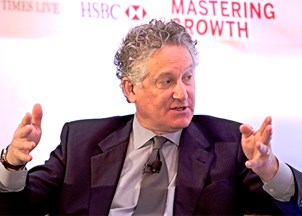 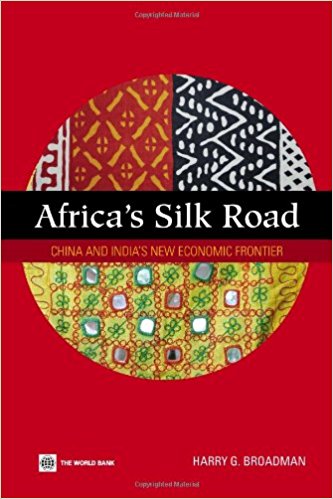 From Disintegration to Reintegration: Eastern Europe and the Former Soviet Union in International Trade

China's Management of Enterprise Assets: The State As Shareholder 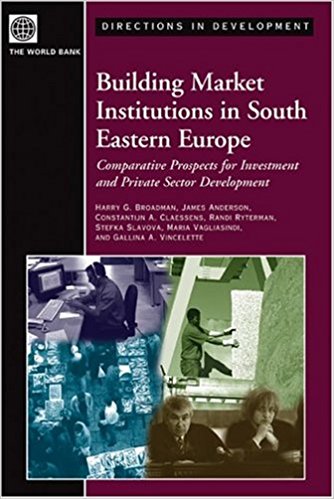 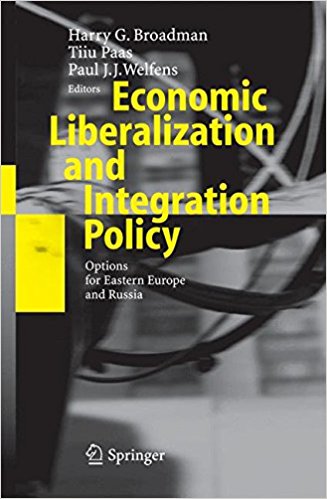 At the vanguard of his generation 36 years ago, Harry Broadman began a career focused on investment opportunities and risks in emerging markets. Today, he’s globally known as a venerable practitioner of the design and execution of novel ‘first-mover’ strategies in such markets to achieve rapid business growth and rigorous risk-mitigation—strategies that focus on building durable cross-border trade and investment transactions, potent strategic partnerships, agile supply chains, robust corporate governance, tough financial compliance and anti-corruption controls, and incentives for sustained innovation.

Re-inventing himself multiple times across greatly differentiated senior roles in the private sector as a CEO, private equity investor, expert witness, management consultant and board director—interspersed with stints as a high-level White House trade negotiator and economic official and Senate committee professional staff member—he emerged as an authority on the fundamental drivers of the transformation world markets experienced (and continue to do so) long before the term "globalization" was ever uttered.

Harry has worked on the ground in more than 80 emerging markets across 5 continents, including China, India and the rest of Asia; much of Latin America; in Russia and almost every other Former Soviet Union state; across Eastern & Central Europe; the Balkans; Turkey; most of Africa; and much of the Middle East.

Harry has the rare ability to frame such effects from a genuinely prospective vantage point rather than conventional rear-view mirror extrapolations, and through a prism incorporating intrinsic non-linearities of market changes. And, all done in a highly entertaining mode, infused with his infectious sense of humor.