De Laurentis is renowned for her multiple shows on the Food Network, including Everyday Italian, Giada at Home, Giada’s Weekend Getaways, Giada In Paradise, and Giada In Italy, and as a judge on Winner Cake All. She is also a NBC Today Show contributor, and behind top restaurants such as GIADA and Pronto by Giada in Las Vegas, and GDL Italian in Baltimore.

The author of nine New York Times bestselling cookbooks and a children's book series, Giada launched the lifestyle and e-commerce platform, Giadzy.com, which showcases new recipes, entertaining and travel tips, and videos, along with a range of kitchen products.

Please send me availability & fees for Giada De Laurentiis
Thank you for your interest in this Harry Walker Agency speaker.
You will hear from one of our agents in the next 24 hours. If you have any other questions or information, please call us right away at 646.227.4900. Are you also interested in learning more about other speakers? Create a My Speaker List.
Rave Reviews About Giada De Laurentiis
“
Everything went so well! Our client loved her and all of the guests were very excited to meet her. The food was delicious and the flow worked out really well.

Fan favorite Giada DeLaurentiis offers virtual audiences an experience they'll never forget: Cooking and chatting with the celebrity chef as if she is right there in their kitchen. Her recipes are so accessible yet special, and she always keeps the upbeat conversation going while creating something ...

Fan favorite Giada DeLaurentiis offers virtual audiences an experience they'll never forget: Cooking and chatting with the celebrity chef as if she is right there in their kitchen. Her recipes are so accessible yet special, and she always keeps the upbeat conversation going while creating something special to enjoy. 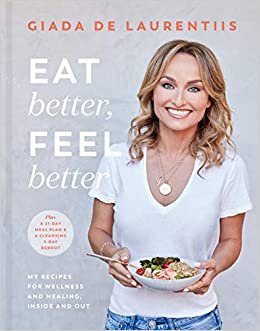 Eat Better, Feel Better: My Recipes for Wellness and Healing, Inside and Out 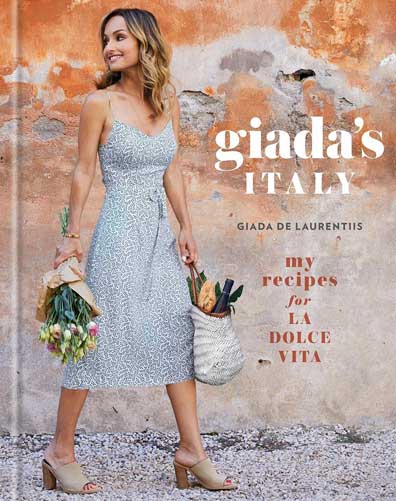 Giada's Italy: My Recipes for La Dolce Vita: A Cookbook 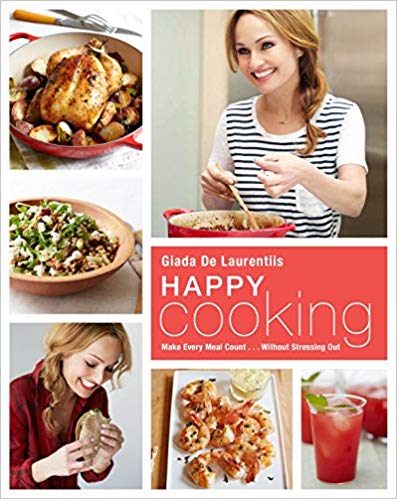 Happy Cooking: Make Every Meal Count ... Without Stressing Out: A Cookbook 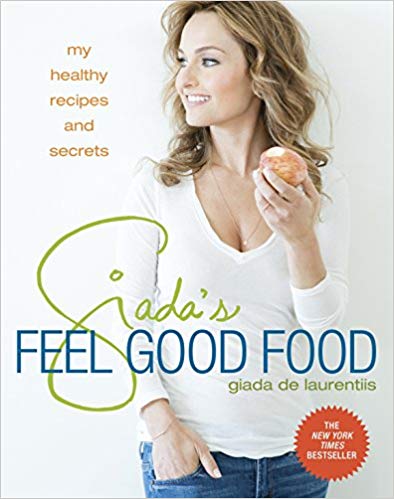 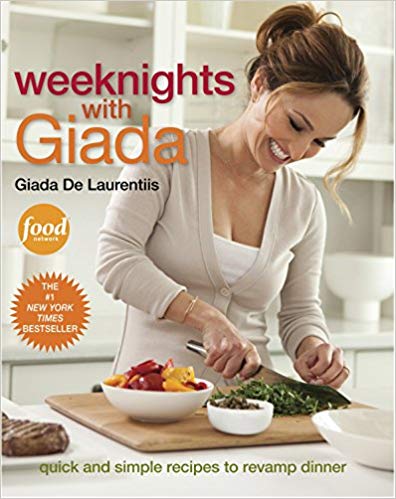 Weeknights with Giada: Quick and Simple Recipes to Revamp Dinner: A Cookbook 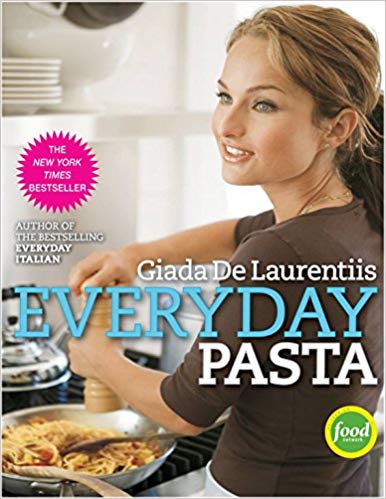 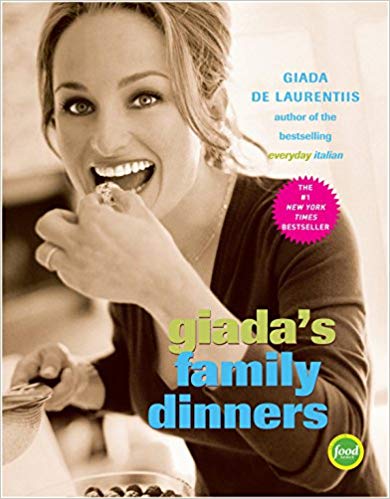 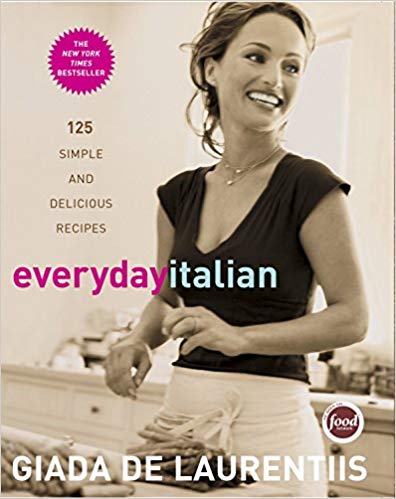 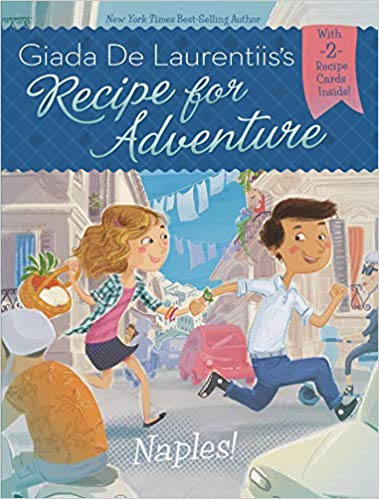 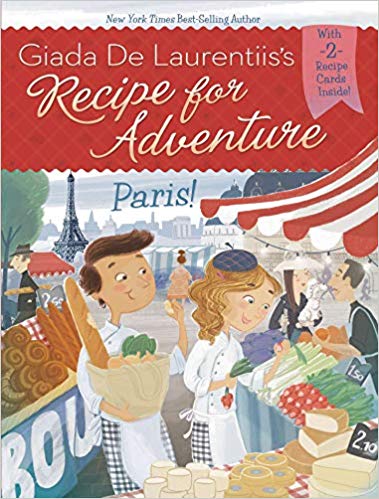 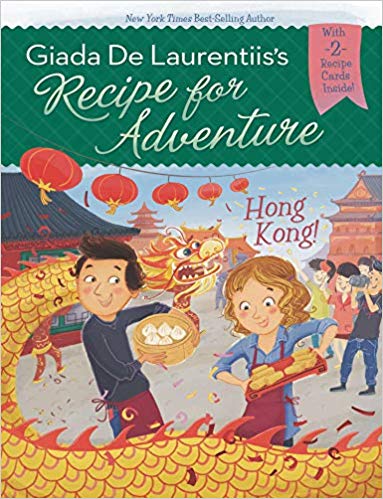 Chef Giada DeLaurentiis is an multi Emmy Award winning television personality, New York Times  bestselling author, Today correspondent, Clairol spokesperson, Food Network star, judge and restaurateur who has become a household name. With an impressive background of culinary training and a unique, personable charm, she is a globally revered celebrity chef who continues to prove her skill and accessibility.

Born in Rome, Giada grew up in a large Italian family where the culture of food was a staple. As the granddaughter of film producer, Dino DeLaurentiis, Giada constantly found herself in the family’s kitchen and at her grandfather’s restaurant, DDL Foodshow. After graduating from UCLA with a degree in Anthropology, Giada’s passion for cooking remained. She made the decision to commence a culinary career and trained professionally at Le Cordon Bleu in Paris, specializing in both cuisine and pastry. She subsequently returned to Los Angeles, where she held positions at the prestigious Ritz-Carlton Fine Dining Room and Wolfgang Puck’s Spago in Beverly Hills. She founded GDL Foods, a successful catering company in Los Angeles.

Giada’s career started on Food Network in 2002 when she was discovered by a network executive upon reading an article about her and the DeLaurentiis family in Food & Wine magazine. Since then, Giada has earned an Emmy for Outstanding Culinary Host, one for Outstanding Directing for a Single Camera Daytime Program, one for Outstanding Lifestyle Host, and has become one of Food Network’s most recognizable faces. Her Emmy Award winning daytime cooking show, Everyday Italian , featured quick, healthy, and satisfying Italian dishes. Her primetime show, Giada’s Weekend Getaways, debuted in January 2007 and followed Giada to popular destinations in and around the U.S. as she explored the cities’ most notable restaurants and activities. Giada can also be seen on Food Network in specials, such as Giada in Paradise: Capri, Santorini, Monaco, and Thailand as well as a judge and mentor alongside fellow chefs Bobby Flayand Alton Brown on the highly popular series, Food Network Star. Her current Emmy Award winning series, Giada at Home , premiered in 2008 and features Giada in her kitchen, where she plans and prepares meals and parties for family and friends.

The foray into cookbooks was an obvious decision, allowing Giada’s loyal viewership to reference, prepare, and share its favorite recipes. Published by Random House/Clarkson Potter, DeLaurentiis’ first book, Everyday Italian, showcases many of the delicious recipes from her cooking show of the same name. Her second book, Giada’s Family Dinners, quickly became a New York Times bestseller, as did every other cookbook she has written since: Everyday Pasta (2007), Giada’s Kitchen (2008), Giada at Home (2010), Weeknights with Giada (2012), and most recently, Giada’s Feel Good Food (2013). Giada also writes a series of adventure books for young readers, Giada DeLaurentiis’s Recipe for Adventure (2013), which explore some of Giada’s favorite cities around the globe as well as some of her favorite, youth-friendly recipes. Published by Grosset & Dunlap, a division of Penguin Young Readers Group, the cities explored in the books thus far are Paris, Naples, Hong Kong, and New Orleans.

Giada is a correspondent on NBC’s Today, where she highlights current trends in travel, cuisine, and lifestyle. She also serves as the spokesmodel for Clairol’s Natural Instincts campaign.

Her newest venture as a restauranteur has brought her to Las Vegas, where her restaurant, GIADA, inside The Strip’s only boutique hotel, The Cromwell, is not only a host to incredible Giada-fied Italian cuisine with a California flair, but boasts the best view in town. It opened in June 2014 to excellent reviews, and customers can count on feeling like they are actually dining in Giada’s home.

Giada’s philanthropic work includes a partnership with The Kitchen Community, a nonprofit whose mission is to connect children to nutritious food, to install a Learning Garden at Foster Elementary School in Compton, California. Along with students, teachers, and members of the local community, Giada planted numerous vegetables and herbs throughout the garden. The school continues to maintain the plants and regularly incorporates them into the students' meals. She also pays regular visits to the school and stays engaged in the garden’s long-term sustainability.

Giada also serves on the Pink Committee of The Pink Party which has raised close to $9 million dollars over 9 years for the Cedars-Sinai Women’s Cancer Program at the Samuel Oschin Comprehensive Cancer Institute. The CSWCP is a nationally recognized leader in gynecologic oncology and has been named one of the country’s top 10 women’s cancer programs. Their mission: to end cancer as a threat to women. She is also an ambassador for Stand Up 2 Cancer and the Melanoma Research Alliance and is involved in Alex’s Lemonade Stand, which raises money and awareness of childhood cancer causes.

Giada currently resides in Los Angeles with her daughter, Jade.