Emily Oster is a Professor of Economics at Brown University.  She holds a PhD in Economics from Harvard University.

Emily’s academic work focuses on health economics and statistical methods. In addition to her academic work, Emily has written two bestselling books on data driven parenting, Expecting Better and Cribsheet. Her third book, The Family Firm: A Data-Driven Guide to Better Decision Making in the Early School Years is set to come out in August 2021. She writes a twice-weekly newsletter called ParentData with over 50,000 subscribers. Emily’s work has been featured in The New York Times, the Wall Street Journal, the Atlantic, CNBC, NPR, Slate and others. 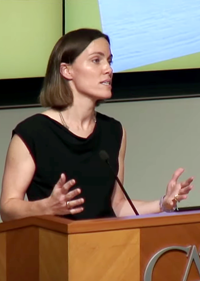 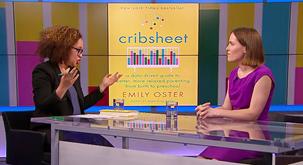 Please send me availability & fees for Emily Oster
Thank you for your interest in this Harry Walker Agency speaker.
You will hear from one of our agents in the next 24 hours. If you have any other questions or information, please call us right away at 646.227.4900. Are you also interested in learning more about other speakers? Create a My Speaker List.
Rave Reviews About Emily Oster
“
I got lots of rave reviews and many people thanked our group for hosting Emily. We loved it!

Play
Now
Virt. Book Talk - The Family Firm and decision-making when you have limited information | SDPB In the Moment [17:28]

Play
Now
TV Interview - Parenting Like an Economist | The Agenda with Steve Paikin [22:07]

Play
Now
Keynote - 3 things new parents should consider before going back to work | The Way We Work, a TED series [5:23]

The Behavioral Economics of Health

Health care costs are skyrocketing, due to plenty of reasons, including obesity, diabetes, and heart disease. In this talk, Dr. Oster discusses how to encourage people to change their health behaviors in positive ways. The talk goes through what we understand about people’s desire and ability to cha ...

Health care costs are skyrocketing, due to plenty of reasons, including obesity, diabetes, and heart disease.

How can lessons from firm decision-making help us make better decisions for our families? ...

How can lessons from firm decision-making help us make better decisions for our families?

How can data help us parent better? Is some data “better” than others and how would you know?  Using examples drawn from pregnancy and parenting, this talk goes through the power -- and limitations -- of data for making family decisions. ...

How can data help us parent better? Is some data “better” than others and how would you know?  Using examples drawn from pregnancy and parenting, this talk goes through the power -- and limitations -- of data for making family decisions. 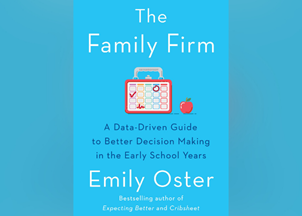 In her book The Family Firm: A Data-Driven Guide to Better Decision Making in the Early School Years, Brown professor of economics and mom of two EMILY OSTER offers a classic business school framework to data-driven parents to think more deliberately about the key issues of the elementary years: school, health, extracurricular activities, and more. Though her approach discusses parenting specifically, it is a framework that can be applied to any life choices, from relationships to business to sports.

Making these decisions is less about finding the specific answer and more about taking the right approach. Parents of this age are often still working in baby mode, which is to say, under stress and on the fly. That is a classic management problem, and Oster takes a page from her time as a business school professor at the University of Chicago to show us that thoughtful business process can help smooth out tough decisions. Oster’s talks are a smart and winning guide to how to think clearly--and with less ambient stress--about the key decisions in your life, whatever they are. Oster has gotten a lot of buzz, including being featured on NPR, Parade, and more. Oster is also the author of Cribsheet and Expecting Better. 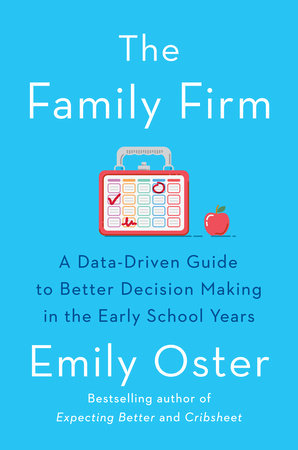 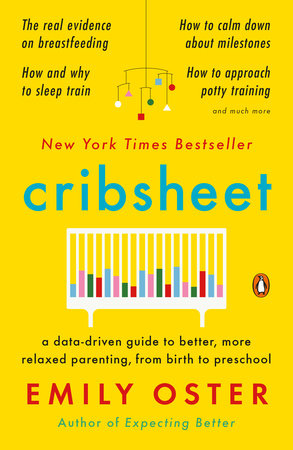 Cribsheet: A Data-Driven Guide to Better, More Relaxed Parenting, from Birth to Preschool 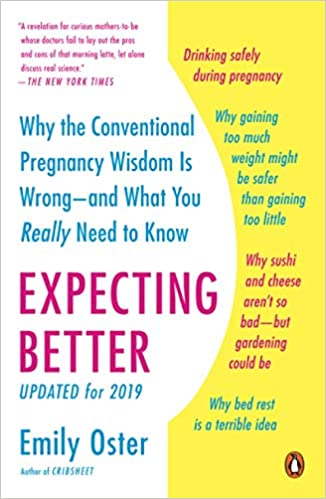 Expecting Better: Why the Conventional Pregnancy Wisdom Is Wrong-and What You Really Need to Know

Emily Oster, the Brown economist, is launching a new data hub on schools and the pandemic - New York Times
Emily Oster (once again) has the best advice for anxious parents navigating another pandemic school year - Motherly
Wondering How You Can Get Your Child to Be More Independent? The Family Firm Author Emily Oster Offers Her Tips - Parade
Get Your Family Running More Smoothly With Tricks From Running Small Businesses [audio] - NPR
Emily Oster Thinks of Herself As an Expert on Data in Parenting, Not Parenting Itself - The Cut
How Emily Oster became one of the most respected — and reviled — voices of the pandemic - Vox
She Fought to Reopen Schools, Becoming a Hero and a Villain - New York Times
The Data All Guilt-Ridden Parents Need - New York Times
End the Plague of Secret Parenting - The Atlantic
Emily Oster’s Pandemic Parenting Guidance Is All About the Data - Bloomberg
Grandparents & Day Care - Substack
Biography

Emily Oster, an Associate Professor of Economics at Brown University, has a history of rethinking conventional wisdom.

Her Harvard doctoral thesis took on famed economist Amartya Sen and his claim that 100 million women were statistically missing from the developing world. He blamed misogynist medical care and outright sex-selective abortion for the gap, but Oster pointed to data indicating that in countries where Hepetitis B infections were higher, more boys were born. Through her unorthodox analysis of medical data, she accounted for 50% of the missing girls. Three years later, she would publish another paper amending her findings, stating that, after further study, the relationship between Hepetitis B and missing women was not apparent. This concession, along with her audacity to challenge economic assumptions and her dozens of other influential papers, has earned her the respect of the global academic community.

She has worked on issues of gender inequality in the developing world, including the impacts of television on women’s status (“The Power of TV: Cable Television and Women's Status in India”), which was featured in Steven Levitt and Stephen Dubner’s second book, SuperFreakonomics.

Oster studies health and development economics. Her current work focuses on demand for, and response to, information about medical conditions.

Oster is the author of Expecting Better: Why the Conventional Pregnancy Wisdom Is Wrong — and What You Really Need to Know.