Few individuals have the breadth of political, economic and military leadership experience as former Israeli Prime Minister Ehud Barak, enabling him to speak with authority on a wide range of issues, including international diplomacy, global economic matters, and terrorism.

From an economic perspective, PM Barak served for many years as an advisor to hedge funds and private equity firms, and is currently a member of the CIFC— a NASDAQ credit manager with $14 billion under management. A respected voice on economic matters, PM Barak has offered his insight at the World Economic Forum, SkyBridge Alternatives (SALT) Conference, and to various international firms and businesses.

Please send me availability & fees for Ehud Barak
Thank you for your interest in this Harry Walker Agency speaker.
You will hear from one of our agents in the next 24 hours. If you have any other questions or information, please call us right away at 646.227.4900. Are you also interested in learning more about other speakers? Create a My Speaker List.
Rave Reviews About Ehud Barak
“
Your insights into globalization and the changing state of the world were fascinating, and certainly thought-provoking for the leaders of the global Johnson enterprises.

Play
Now
In Conversation - My Country, My Life: Fighting for Israel, Searching for Peace | JCCSF [1:09:07]

Mr. Barak speaks on a variety of topics, including:

Geo-political outlook including U.S., China and Russia; tensions in Europe and the far east The future of globalisation vs. populism and nationalism National security outlook, including nuclear proliferation and the changing battlefield Cybersecurity: challenges and response, including the future o ...

Personal Experiences in War and Peacemaking

Ehud Barak shares his lessons learned on the battlefield and as a commander.  Mr. Barak shares his personal wartime stories, from making tough decisions to tragedy, and also triumph, as well as the consequences on history, culture and, in honest realism, himself and those who fought alongside him. ...

Ehud Barak shares his lessons learned on the battlefield and as a commander.  Mr. Barak shares his personal wartime stories, from making tough decisions to tragedy, and also triumph, as well as the consequences on history, culture and, in honest realism, himself and those who fought alongside him.

How an Eco-System of Innovation Emerges

Ehud Barak was one of a team to foster an innovation economy in Israel that led to real productivity gains— not credit bubble gains— during a time when the rest of the world was in a global crisis. Venture capitalists around the world invest more than twice the amount in Israeli companies than they ...

Ehud Barak was one of a team to foster an innovation economy in Israel that led to real productivity gains— not credit bubble gains— during a time when the rest of the world was in a global crisis. Venture capitalists around the world invest more than twice the amount in Israeli companies than they do in U.S. companies on a per capita basis, earning Israel the nickname of 'innovation nation.' PM Barak outlines the factors present in Israeli economic policy and culture that foster innovation and productivity, and offers insight into how other countries and organizations can create the same. 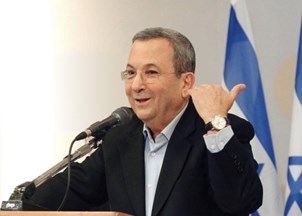 Former Israeli Prime Minister EHUD BARAK’s sharp analysis on foreign affairs in the Middle East is on full display in an interview with The New York Times, saying it would be a “mistake” for President Trump to withdraw from the Iran nuclear deal. The most decorated soldier in Israel’s history, and a two time Israeli Minister of Defense (1999-2001 and 2007-2012), Barak is an internationally trusted expert on international diplomacy and terrorism. The New York Times cites him as “the latest and most prominent Israeli to urge Mr. Trump not to disavow the deal…” In his interview, Barak shrewdly points out the implications withdrawing from the deal would have on larger international affairs, including North Korea. 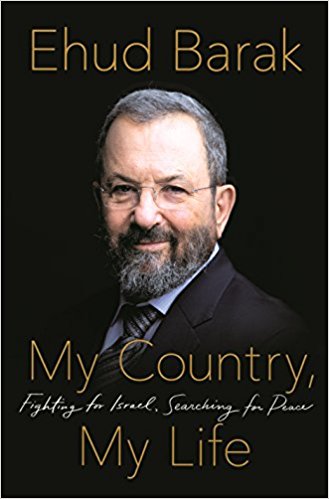 My Country, My Life: Fighting for Israel, Searching for Peace

Opinion: We Must Save Israel From Its Government, Dec 1, 2017 - New York Times
Biography

Ehud Barak is one of the most recognizable names in Israeli politics, a man “who over a half-century career became Israel’s most decorated soldier and held the nation’s trifecta of top positions,” according to The New York Times.

Mr. Barak has served Israel as Prime Minister, Chief of General Staff of the Israeli Defense Forces and most recently as Minister of Defense, a position he took on in 2007.

In 2012 he was bestowed the United States Department of Defense Distinguished Public Service Award by U.S. Secretary of Defense Leon Panetta, who praised Barak for his dedication to public service: “Through his distinguished military career, and the political career that followed, few people have such far-reaching and positive impacts on Israeli security and prosperity and, I have to say, on the U.S.-Israeli relationship.”

A global statesman, Mr. Barak played a pivotal role in various Middle Eastern peace efforts. In 2012, Foreign Policy magazine named him 13th among its 100 Global Thinkers. The Wall Street Journal declared him “one of Israel's towering military figures for much of the past two decades. He is seen as the architect of Israel's air-power-heavy modern deterrence doctrine ... Mr. Barak ended Israel's 18-year occupation of southern Lebanon in 2000, and his peace proposals at the 2000 Camp David negotiations with the Palestinians remain a blueprint for ending the conflict.”

As Israel's 10th Prime Minister, Ehud Barak led the country out of prolonged recession and into an economic boom, with 5.9% annual growth, record foreign investments, near zero inflation, a halved deficit and significantly decreased external debt.

However, the core of Prime Minister Barak’s government’s effort was devoted to the peace process: in May 2000 Prime Minister Barak ordered the withdrawal of the Israeli Defense Forces from South Lebanon, ending 18 tragic and bloody years of Israel’s presence there. He led far-reaching efforts to negotiate peace agreements, first with Syria and later with the Palestinian authority, with the active participation of President Bill Clinton and his administration. Regrettably, these negotiations did not result in the breakthroughs necessary to conclude final agreements.

Before being elected Prime Minister, Mr. Barak completed an illustrious 36-year career in the Israeli Defense Forces as the most decorated soldier in its history. He was a key architect of the June 1976 Entebbe Operation for the rescue of passengers on the Air France aircraft hijacked by terrorists and forced to land at the Entebbe Airport in Uganda.

Additionally, he served as Chief of the General Staff of the IDF where he was involved in the negotiation and implementation of the 1994 peace treaty with Jordan – an especially meaningful event for Barak in light of his warm relationship with King Hussein.

Prime Minister Barak also previously served his country as Minister of the Interior and Minister of Foreign Affairs.

Mr. Barak received his Bachelors of Science in Mathematics and Physics from the Hebrew University in Jerusalem and his M.SC in Economic Engineering Systems at Stanford University in California.