Donna Brazile is one of the best known, most influential African-American women in modern American political life. She was named one of the “100 Most Powerful Women in Washington, D.C.,” by Washingtonian Magazine and one of the “50 Most Powerful Women in America” by Essence Magazine. Ms. Brazile is a frequent political commentator, the Vice Chair of Voter Registration and Participation at the Democratic National Committee, and most recently, she's taken a bold step to serve as a commentator on Fox News, a decision "rooted in the belief that you cannot make progress, let alone reach compromise, without first listening to, and understanding those who disagree with you on critical issues."

Please send me availability & fees for Donna Brazile
Thank you for your interest in this Harry Walker Agency speaker.
You will hear from one of our agents in the next 24 hours. If you have any other questions or information, please call us right away at 646.227.4900. Are you also interested in learning more about other speakers? Create a My Speaker List.
Rave Reviews About Donna Brazile
“
It was absolutely wonderful! She provided the perfect amount of humor and inspiration to reenergize the group after a busy morning...it was a huge success!

- Louisiana Center for Women and Government
”

Ms. Brazile, a well-versed Democratic political strategist, provides insider perspective on the challenges in Washington and where we go from here. ...

Ms. Brazile, a well-versed Democratic political strategist, provides insider perspective on the challenges in Washington and where we go from here. 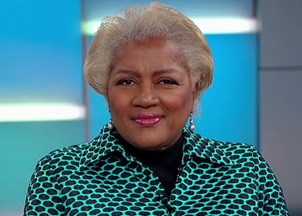 One of the most effective Democratic strategists of our time, DONNA BRAZILE’s unique perspective into national and local elections makes her a fixture in American politics. Brazile is a frequent guest on cable news programs like CNN and Fox News, often discussing the upcoming election, social issues, and the presidency. At in-person and virtual events, Donna Brazile gives audiences a glimpse into the politics and policymaking process as only she can, always leaving audiences raving, "She was great! Great presentation, funny and personable, and she did a great job of keeping it non-partisan." (AEW Capital Management), "It was absolutely wonderful! She provided the perfect amount of humor and inspiration to reenergize the group after a busy morning...it was a huge success!" (Louisiana Center for Women and Government). Brazile is considered one of most influential African-American women in modern American politics, named one of the “100 Most Powerful Women in Washington, D.C.,” by Washingtonian Magazine and one of the “50 Most Powerful Women in America” by Essence Magazine. 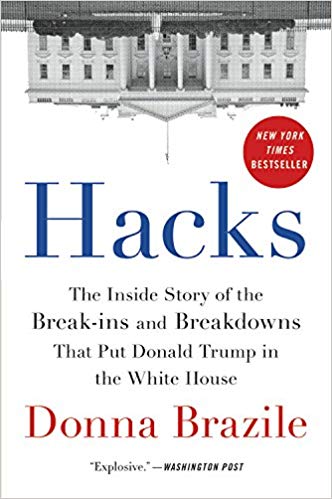 Hacks: The Inside Story of the Break-ins and Breakdowns That Put Donald Trump in the White House Cooking with Grease : Stirring the Pots in American Politics

Panelists ‘lay out the stakes’ of civil discourse - Penn Today
Donna Brazile: To win presidency and majorities in Congress, Democrats should follow this battle plan - FoxNews
Donna Brazile: Why I am excited to join Fox News and take part in a civil - and sensible - debate - FoxNews.com
Biography

Veteran political strategist Donna Brazile is the former Chair of the Democratic National Committee (DNC) and the author of The New York Times bestseller Hacks: The Inside Story of the Break-Ins and Breakdowns That Put Donald Trump in the White House. She is also the author of the 2004 best-selling memoir Cooking with Grease: Stirring the Pots in American Politics. She is a co-author of For Colored Girls Who Have Considered Politics.

Ms. Brazile has devoted her life to working for progressive change, responsible governance, and the advancement of all people in a society that is fair and equitable. Brazile first got involved in politics at the age of nine when she worked to elect a City Council candidate who had promised to build a playground in her neighborhood; the candidate won, the playground was built, and a lifelong passion for political progress was ignited. Brazile has worked on every major presidential campaign since 1976 and in 2000 Ms. Brazile became the first African American woman to serve as the manager of a major party presidential campaign, running the campaign of former Vice President Al Gore.

Ms. Brazile loves working with young people, encouraging them to vote, to run for office, and to work within the system to strengthen it. She has lectured at over 200 colleges and universities across the country on such topics as “Inspiring Civility in American Politics,” “Race Relations in the Age of Obama,” “Why Diversity Matters,” and “Women in American Politics.” In 2013, Ms. Brazile was appointed by President Obama to serve on the J. William Fulbright Foreign Scholarship Board. She is also the proud recipient of more than ten honorary doctorate degrees from major colleges and universities, including her alma mater Louisiana State University. In October 2017, Ms. Brazile was the recipient of the W.E.B Du Bois Medal, Harvard’s highest honor in African American studies.  Brazile has served as an adjunct professor at Georgetown University since 2002 and spent the fall of 2017 serving as a Joan Shorenstein fellow in Media, Politics and Public Policy at the Harvard Kennedy School.  O, The Oprah Magazine chose Ms. Brazile as one of its 20 “remarkable visionaries” for the magazine’s first-ever O Power List. In addition, she was named among the 100 Most Powerful Women by Washingtonian magazine, Top 50 Women in America by Essence magazine, and received the Congressional Black Caucus Foundation’s highest award for political achievement. In 2016, Ms. Brazile was awarded Wonk of the Year from the Kennedy Political Union at American University.

Ms. Brazile has worked passionately on behalf of her beloved hometown of New Orleans. In the aftermath of the two catastrophic hurricanes that devastated the Gulf region, Ms. Brazile was appointed by former Governor Kathleen Blanco to serve on the Louisiana Recovery Board to work for the rebuilding of the state and to advocate for the Gulf recovery on the national stage. Ms. Brazile was also appointed by former New Orleans Mayor Mitch Landrieu to serve on the Tricentennial Commission.

Ms. Brazile was formerly a contributor to ABC News, CNN, and a syndicated newspaper columnist for Universal U’Click. Most recently she's joined Fox News as a commentator to, as she wrote in her announcement, "Listen more, talk less. Be civil to one another. Find common ground." She moonlights as an actress and is especially honored to have made three cameo appearances on CBS’s The Good Wife, and two cameo appearances on Netflix’s series House of Cards. She most recently appeared on BET's Being Mary Jane. Ask her and she’ll tell you that acting, after all, is the key to success in politics.

Ms. Brazile is the founder and director of Brazile & Associates LLC, a general consulting, grassroots advocacy, and training firm based in Washington, DC.