Dave Goldberg is an author, educator, entrepreneur, and artificial intelligence researcher. Author of the widely cited bestseller Genetic Algorithms in Search, Optimization, and Machine Learning, he co-founded and was the original chief scientist of one of the most rapidly growing companies in Silicon Valley, ShareThis. A transformer of engineering education, he is a leadership coach, change management consultant, and movement leader who works with individuals, organizations, and networks around the world to collaboratively disrupt the status quo.

In 2014, Dave co-authored (with Mark Somerville & Catherine Whitney) the book A Whole New Engineer: The Coming Revolution in Engineering Education, which is bringing emotional and cultural transformation to engineering and higher education around the world. Please send me availability & fees for Dave E. Goldberg
Thank you for your interest in this Harry Walker Agency speaker.
You will hear from one of our agents in the next 24 hours. If you have any other questions or information, please call us right away at 646.227.4900. Are you also interested in learning more about other speakers? Create a My Speaker List.
Rave Reviews About Dave E. Goldberg
“
As a leadership coach myself, I can confidently say that Dave Goldberg is a coach’s coach. He asks deeply penetrating questions that are both hard to answer and that must be answered. He listens, mirrors, and connects the dots that increase self-awareness and helped me shed unproductive behaviors and grow my strengths. His coaching has been instrumental as I grew in the most important leadership role of my professional career, leading a 9-member board, an association of 1,600 members and immensely increasing the company’s bottom line. If you want an effective coach who will help you reach your highest potential, Dave Goldberg is a vital resource every leader needs.

Cultivating the Six Minds of the Whole New Professional

A Blueprint for Reinventing Education

Emotion and Culture Are the Key Elements to All Change

The Emotional Rescue of Higher Education 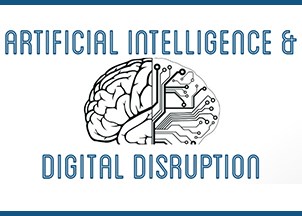 As technological developments continue at break neck speeds, impacting businesses across industries and fundamentally changing the way we work, consume and live, these HWA experts are qualified to address questions at the at the top of business leaders' and employees' minds. Whether shedding light on both the opportunities and threats in automation, revealing the next wave in artificial intelligence, or preparing your business for the impacts of disruption, HWA represents some of the leading minds of the new economy and tech. Dave Goldberg is among the most influential scientists/engineers of our times, a pioneer of the important field of Artificial Intelligence. He is president of Big Beacon, a nonprofit organization founded as a movement for the transformation of engineering education. He is known as an author, educator, entrepreneur, and artificial intelligence researcher.

His 1989 book Genetic Algorithms in Search, Optimization, and Machine Learning is among the most cited books in history with over 65,000 citations, while the average academic engineering publication is cited by 10 people.

As an entrepreneur, Dave co-founded and was the original chief scientist of one of the most rapidly growing companies in Silicon Valley, ShareThis. He is an international speaker and global author, having authored or edited 10 books and over 400 papers, while giving hundreds of talks throughout the world.

In 2007, Dave started the Illinois Foundry for Innovation in Engineering Education with the idea of using an incubator, not to create new businesses, but to start up new educational programs. The surprising success of iFoundry led Dave to resign his tenure and professorship at the University of Illinois so he could take his message around the world to help transform engineering and higher education.

Realizing there was an even greater need, he started Big Beacon in 2012 as a dot connector movement among educational innovators, students, and employers. In 2014, A Whole New Engineer was published to document the surprising finding that engineering education change is not primarily about content curriculum, or pedagogy. Rather, it is deeply emotional and cultural.

As a movement leader, leadership coach, and change management consultant, Dave now works with individuals, organizations, and networks around the world to collaboratively disrupt the status quo