A New York Times bestselling author and global fashion icon with a remarkable rags to riches story, Dapper Dan pioneered streetwear in the early 1980s with his eponymous store on 125th Street. Co-opting luxury branding to design original garments with high-end detail, Dapper Dan first drew powerful New York City hustlers as clientele, who flocked to him thanks to his strong street reputation as a legendary professional gambler and dandy. He then went on to outfit the world’s top entertainers and celebrities, all leading to his notoriety.

Dapper Dan’s incredible personal journey from a hungry boy with holes in his shoes, to a teen who gambled drug dealers out of their money, to a beloved legend in the worlds of Harlem, fashion, and hip hop, is chronicled in his New York Times bestseller, Dapper Dan: Made in Harlem. It’s also a story that inspires and resonates with audiences worldwide, and is now being developed into a premium drama series and a documentary series. In his empowering and riveting remarks, Dapper Dan highlights the importance of tenacity, curiosity, and determination to make ones wildest dreams a reality. 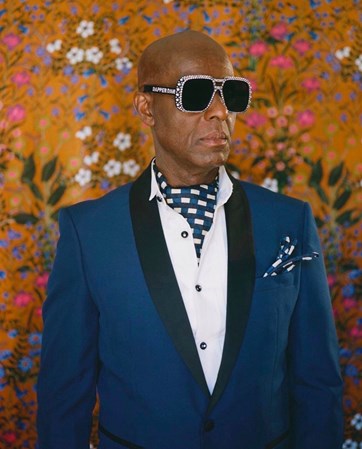 Please send me availability & fees for Dapper Dan
Thank you for your interest in this Harry Walker Agency speaker.
You will hear from one of our agents in the next 24 hours. If you have any other questions or information, please call us right away at 646.227.4900. Are you also interested in learning more about other speakers? Create a My Speaker List.
Rave Reviews About Dapper Dan
“
Dapper Dan [was] EXCELLENT...! There were comments about the event being a master class. [The event] could have gone on for hours...

Diversity and Inclusion in the Fashion Industry

Harlem native DAPPER DAN has been making his mark on the fashion industry as a visionary for decades, from his trailblazing and era-defining streetwear to his collaboration collection with Gucci, and now he’s made history again. The Council of Fashion Designers of America (CFDA) honored Dapper Dan with the Geoffrey Beane Lifetime Achievement Award, making him the first Black designer to receive this accolade. He is also the first couturier to be celebrated with this career honor who has never done a solo fashion show. Speaking to the historic win on Instagram, Dapper Dan: “The streets of Harlem have been my runway for 35 years. Isn’t that where the major luxury brands got their inspiration from?” He went on, “Thank you Harlem, I love you! Thank you to the CFDA for making me the first black designer to win this lifetime achievement award. Harnessing the Dapper Dan brand to Gucci, mounted it on a global track, now the whole world knows what Harlem always knew, that the Dapper Dan brand is a thoroughbred brand.” Dapper Dan is a crucial voice in the fashion industry and beyond, speaking to culture creation, innovation, and how being inspired by your own community can change the world. 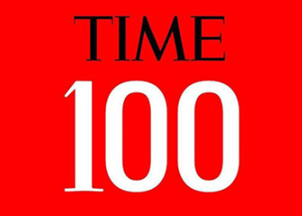 Fashion icon DAPPER DAN was honored by TIME as one of the Most Influential People of 2020. In her essay explaining why he is a visionary trailblazer,  Missy Elliott writes:

Dapper Dan is the blueprint for our culture in hip-hop. He defined fashion in “the hood” and in celebrity culture. According to him, dapper no longer belonged just to Wall Street and business professionals; Dan claimed the term for the Black community. The first outfits of his that I remember were on the cover of Eric B. and Rakim’s album Paid in Full—they were refreshing, a blend of hood and expensive. Then I began to see iconic looks from his creative mind on artists such as Big Daddy Kane and Salt-N-Pepa, and even on boxers like Mike Tyson and Floyd Mayweather.

I realized in watching Dan how truly inspiring he was—he never stopped working and always remained diligent to his craft. His influence extends far past his defining style; he opened the first couture atelier ever in Harlem and stood up to racial discrimination in the fashion industry. Now, he has a groundbreaking collaboration collection with Gucci. With so many years in the game, he remains a culture leader, but he has stayed true to himself, and that will never go out of style.

Dapper Dan: Made in Harlem

“Talent Is Distributed Equally, But Opportunity Is Not”—CFDA Honorees Aurora James and Dapper Dan Discuss Inclusivity and Change - Vogue
Dapper Dan Gets His Due at CFDA Fashion Awards - Vanity Fair
Designer Dapper Dan just made history. Here are some of his iconic looks. - MSNBC
Watch: Dapper Dan On His Coveted CFDA Award, The Power Of Forgiveness And The Hilarious Moment He Shared With Solange Part 2 - Essence
DAPPER DAN SET TO MAKE HISTORY AS THE FIRST BLACK DESIGNER TO RECEIVE CFDA’S LIFETIME ACHIEVEMENT AWARD - Because of Them We Can
Dapper Dan to Receive CFDA’s Lifetime Achievement Award - Complex
Dapper Dan talks logomania, free capsule collection with Pepsi for football season - Yahoo News
Pepsi and Dapper Dan Blend Fashion and Sports With Capsule Collection - AdWeek
The Glow Up 50: For the Love of Dap - The Root
TGU50: The Dap Award - The Root
Dapper Dan on Community, COVID-19, and the Importance of Getting Vaccinated - Vogue
Time Magazine's 100 Most Influential People of 2020: Dapper Dan - Time
Biography

With his eponymous store on 125th Street, Dapper Dan pioneered streetwear in the early 1980s, co-opting luxury branding to design original garments with high-end detail. Known for using exquisite leathers, furs, and other fine materials, he first drew powerful New York City hustlers as clientele, who all came due to his strong street reputation as a legendary professional gambler and dandy. He then went on to outfit entertainers and other celebrities, including Eric B. & Rakim, LL Cool J, Salt-N-Pepa, Mike Tyson, Missy Elliott, JAY-Z, Beyonce, Aaliyah, P. Diddy, Floyd Mayweather, and many more. Dapper Dan has been featured on platforms including The New York Times, Elle, Vogue, W, Vanity Fair, The New Yorker, CNN, and Netflix. His works have been on display at The Smithsonian, The Museum at FIT, The Metropolitan Museum of Art, and The Museum of Modern Art. Dapper Dan’s boutique reopened in 2017 in a major partnership with Gucci. His memoir, Dapper Dan: Made in Harlem is a New York Times Bestseller, and is now being developed into a premium drama series and a documentary series.  Dapper Dan has been honored with the Council of Fashion Designers of America's (CFDA) Geoffrey Beene Lifetime Achievement Award- the first designer to win the award without ever staging a solo fashion show.