Described by a peer as "the Albert Einstein of social psychology," Claude Steele is renowned for his research on stereotype threat and its inextricable links to race in America. His groundbreaking research sheds light on differences in academic and athletic performance in minority students, and the averse effects of stigmatization. His critically-acclaimed research became the basis for his New York Times Education Bestseller Whistling Vivaldi, a compelling look at race, stereotype and performance described as, "An intellectual odyssey of the first order―a true tour de force."

A former Provost of Columbia University and Dean for the School of Education at Stanford University, Steele has been responsible for implementing academic policies at some of the country's most prestigious institutions. He also served as a faculty member at Stanford University, holding appointments as the director of the Center for Comparative Studies in Race and Ethnicity, and as director of the Center for Advanced Study in the Behavioral Sciences.

Heralded for applying his academic work to problems of major societal significance, and for his ability to break down complex social science theories for any audience, Steele has been sought-out to discuss issues of diversity, race and education at everywhere from Ivy League institutions to prestigious forums. 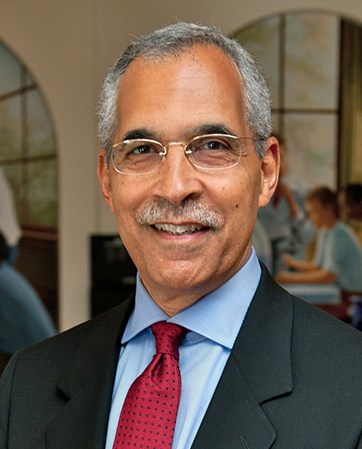 Please send me availability & fees for Claude Steele
Thank you for your interest in this Harry Walker Agency speaker.
You will hear from one of our agents in the next 24 hours. If you have any other questions or information, please call us right away at 646.227.4900. Are you also interested in learning more about other speakers? Create a My Speaker List.
Rave Reviews About Claude Steele
“
The event went very well. Dr. Steele was excellent; very engaged and responsive with our attendees.

Play
Now
Whistling Vivaldi: How Stereotypes Affect Us and What We Can Do- Family Action Network

Internationally renowned social psychologist Claude Steele explores his groundbreaking research on stereotypes, identity and race in America. Steele's work reveals that even when stereotypes are not uttered aloud, the phenomenon of stereotype threat, or the fear of confirming a negative stereotype, ...

Internationally renowned social psychologist Claude Steele explores his groundbreaking research on stereotypes, identity and race in America. Steele's work reveals that even when stereotypes are not uttered aloud, the phenomenon of stereotype threat, or the fear of confirming a negative stereotype, can be a stigma that affects attitudes and behaviors.  From racial gaps in test scores, to the belief of the athletic prowess of black men, Steele reveals how stigmatized expectations are linked to actual performance. Delving into his personal experience growing up in segregated Chicago, Steele provides a powerful exploration of the racial and social realities of America today. Ultimately, he lays out a plan to mitigate stereotype threats and shares how we can promote communities of diversity and inclusion. 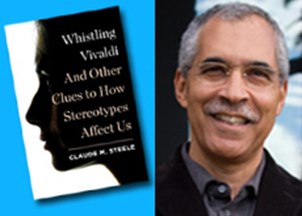 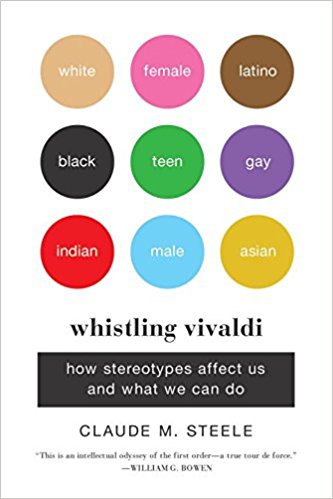 Whistling Vivaldi: How Stereotypes Affect Us and What We Can Do (Issues of Our Time)

Claude M. Steele is an American social psychologist and a Professor of Psychology at Stanford University.

He is best known for his work on stereotype threat and its application to minority student academic performance. His earlier work dealt with research on the self (e.g., self-image, self-affirmation) as well as the role of self-regulation in addictive behaviors. In 2010, he released his book, Whistling Vivaldi and Other Clues to How Stereotypes Affect Us, summarizing years of research on stereotype threat and the underperformance of minority students in higher education.

He currently serves as the Chair of the Russell Sage Foundation Board of Directors, and also serves on the board of the John D. and Catherine T. MacArthur Foundation and on the board of Scripps College. Professor Steele is a Fellow for both the American Institutes for Research and the American Academy of Political and Social Science, and serves on the Advisory Council of the MIT Media Lab.

He has served in several major academic leadership positions as the Executive Vice Chancellor and Provost at UC Berkeley, the I. James Quillen Dean for the School of Education at Stanford University, and as the 21st Provost of Columbia University. Past roles also include serving as the President of the Society for Personality and Social Psychology, as the President of the Western Psychological Association, and as a member of the Board of Directors of the American Psychological Society.