Behind Christian Siriano's prestigious fashion label is a groundbreaking, ambitious and fearless businessman. As a pioneer in body positivity and diversity in the fashion industry, Siriano's outspoken defense of inclusivity has forever changed the business of fashion.

A designer, activist and entrepreneur, Siriano brings his one-of-a-kind charisma to worldwide organizations for conversations about business, entrepreneurship, fashion, diversity, and the power of being your authentic self.

Please send me availability & fees for Christian Siriano
Thank you for your interest in this Harry Walker Agency speaker.
You will hear from one of our agents in the next 24 hours. If you have any other questions or information, please call us right away at 646.227.4900. Are you also interested in learning more about other speakers? Create a My Speaker List.
Rave Reviews About Christian Siriano
“
Our students were thrilled, and Christian was so good with them. So inspirational and patient!

Virtual Programming: Christian Siriano on activism and creativity amid the coronavirus

A designer, activist and entrepreneur, CHRISTIAN SIRIANO is best known as a former winning contestant and now mentor on Bravo's hit Project Runway. Amid the coronavirus, he has emerged as a leading activist and voice on how to make a positive impact. Responding to the health crisis, Siriano converted his fashion house into a face mask factory; a move which garnered him a profile in The New Yorker, and made headlines in W Magazine, People, and more. A master of engaging virtual audiences, Siriano was sought-out for a TIME 100 Virtual Talk on the power of pivots—specifically, how industry leaders are evolving to meet the challenges of this moment; engaged in a live zoom conversation for Rebelle Con about how he and his business is adapting to 2020, and appeared as a virtual guest on The Kelly Clarkson Show and Good Morning America.

Celebrated as a pioneer in body positivity and diversity in the fashion industry, Siriano's outspoken defense of inclusivity has forever changed the business of fashion. He brings his one-of-a-kind charisma to audiences in conversations about entrepreneurship, creativity, diversity, and the power of being your authentic self.
Books by Christian Siriano 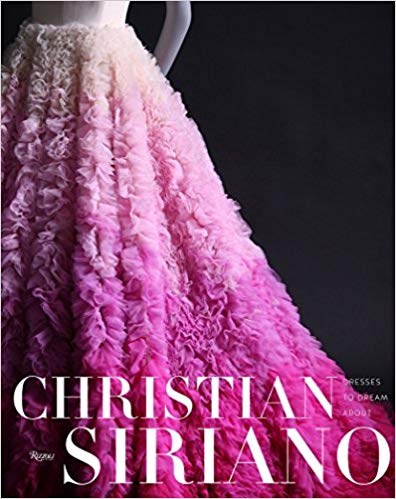 Dresses to Dream About 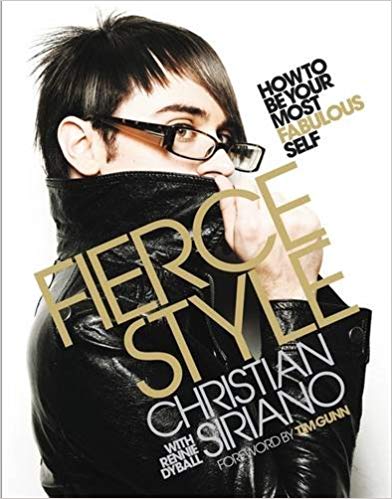 Fierce Style: How to Be Your Most Fabulous Self

Award winning CFDA designer Christian Siriano launched his eponymous collection in 2008 following his studies in London under Vivienne Westwood and Alexander McQueen. Known for whimsical and show-stopping design, the collection is shown each season at New York Fashion Week and sold in retailers across the globe. In 2012, the first flagship Christian Siriano store opened in NYC and his latest retail venture, “The Curated NYC”, was located in the heart of midtown. Siriano’s designs have been worn by current FLOTUS Dr. Jill Biden, former FLOTUS Michelle Obama, Angelina Jolie, Oprah, Zendaya, Ariana Grande, Julianne Moore, Lady Gaga, Tiffany Haddish, Billy Porter, Cardi B, Amy Adams, Scarlett Johansson, Whoopi Goldberg and Julia Roberts to name but a few. Siriano was named among Time’s "100 Most Influential People" for his leading contributions on body diversity on the runway and red carpet. Christian is the youngest person to ever appear on Crain's "40 Under 40" list and a member of "Forbes 30 Under 30".

Most recently Christian has been heralded for leading the PPE charge during the COVID-19 pandemic. His atelier shifted entirely from clothes to masks and to date he and his team have shipped over one million masks to frontline workers in the New York area. 2020 also saw Siriano launch his own digital BRAVO talk show called So Siriano which saw him break down all things fashion and pop culture with guests ranging from Drew Barrymore, Leslie Jones, Billy Porter, Ashley Graham, Sarah Michelle Gellar, and Sia. And Christian fulfilled a longtime passion when he added interior designer to his impressive list of credits with the debut of his newest venture, Siriano Interiors and a full custom furniture collection. With over a decade of fashion experience, the Siriano design studio continues to celebrate beauty and diversity in this ever changing Fashion industry.