Chelsea Clinton works to drive the vision and programmatic objectives of the Clinton Foundation. As vice chair, Chelsea works alongside the Foundation’s leadership and partners to help create greater opportunities for people to build better futures for themselves, their families, and their communities. Chelsea is a tireless advocate for expanding access to early childhood education, improving the health and well-being of Americans across the country, providing the next generation of young leaders with the resources they need to turn their ideas into action, and ensuring the empowerment of girls and women is a cross-cutting priority across all of the Foundation’s programs and initiatives. Please send me availability & fees for Chelsea Clinton
Thank you for your interest in this Harry Walker Agency speaker.
You will hear from one of our agents in the next 24 hours. If you have any other questions or information, please call us right away at 646.227.4900. Are you also interested in learning more about other speakers? Create a My Speaker List.
Rave Reviews About Chelsea Clinton
“
Amazing day, thank you for all your help! Chelsea hit a homerun with her remarks and blew everyone away with her Q&A session. Like I mentioned to you yesterday, my phone lit up with texts even while she was still on stage. My in box is filled with complimentary emails. Everyone had a great time and the Starr Women's Hall of Fame was launched in a historic and memorable way yesterday.

Play
Now
Harnessing the Power of Tech and Data for Development | SXSW [53:01]

Chelsea Clinton's books celebrate the stories of the changemaking women

Vice Chair of the Clinton Foundation, CHELSEA CLINTON recently penned The Book of Gutsy Women along with her mother, which is a brilliant look at the women who have shaped our world today. It features portraits of more than 100 women-- ranging from 16-year-old climate activist Greta Thunberg, to 17th-century nun and poet Sor Juan Inés de la Cruz-- to shine a light on the stories and the histories that are all too often overlooked or left unwritten. Chelsea has another joint literary venture with Hillary Clinton coming out this spring, Grandma’s Garden, which will celebrate family, tradition and discovery, “an ode to mothers, grandmothers and the children they love” (March 31, Penguin Random House). Also coming out this spring – the third book in Chelsea’s hit She Persisted children’s series, She Persisted in Sports will be available May 19, 2020 (Penguin Random House). At engagements worldwide, Chelsea Clinton provides inspiration and sheds illuminating light on key issues such as women's rights, education and healthcare. 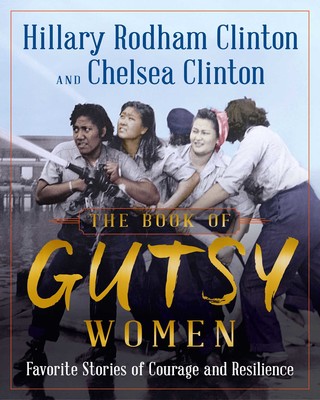 The Book of Gutsy Women: Favorite Stories of Courage and Resilience 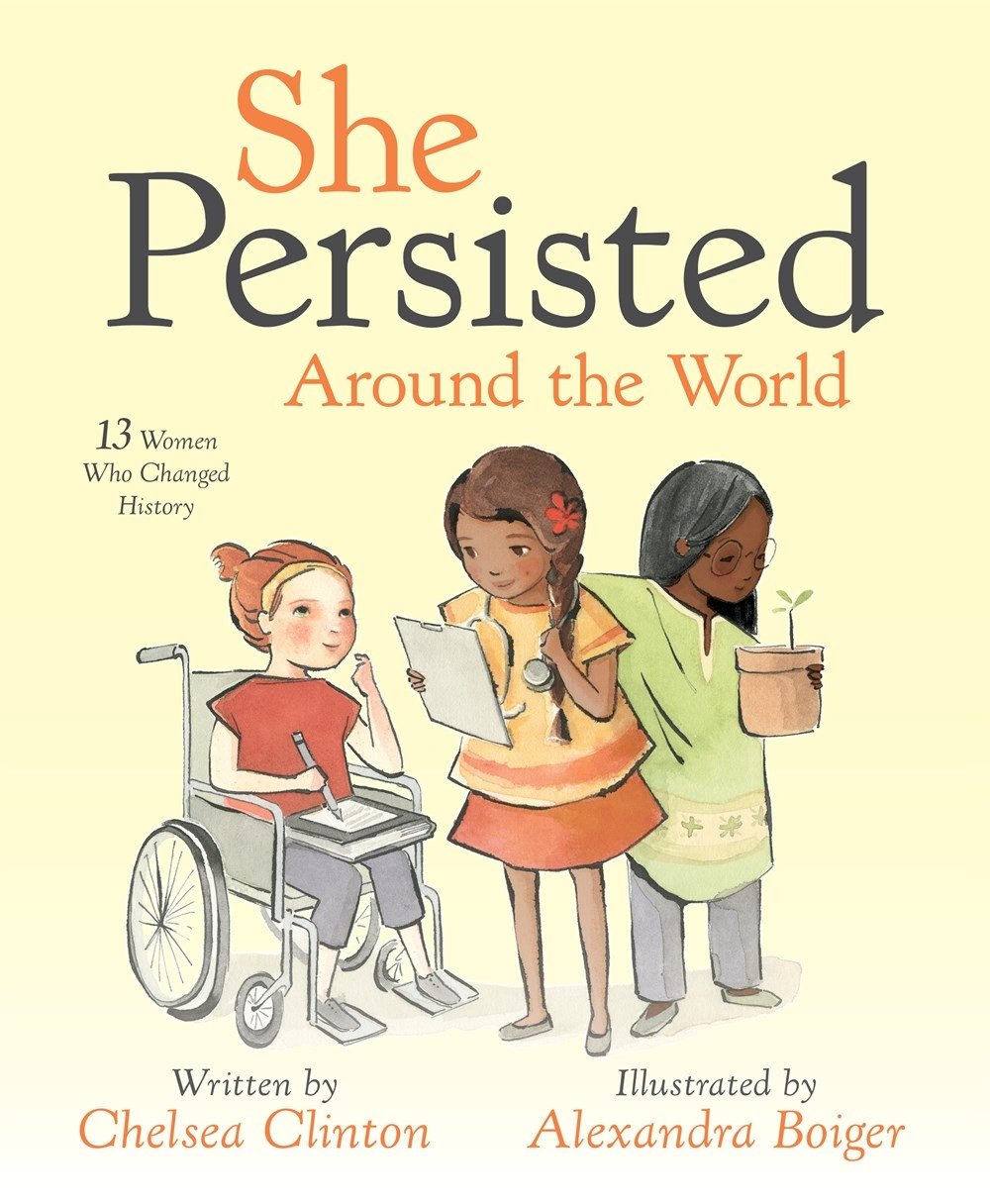 She Persisted Around the World: 13 Women Who Changed History 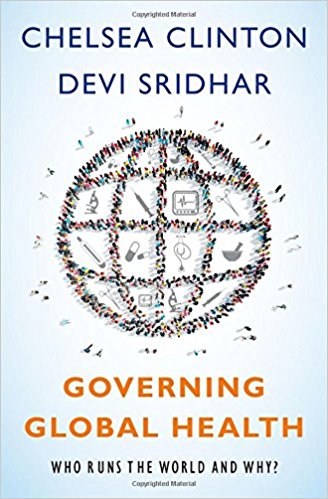 Governing Global Health: Who Runs the World and Why? 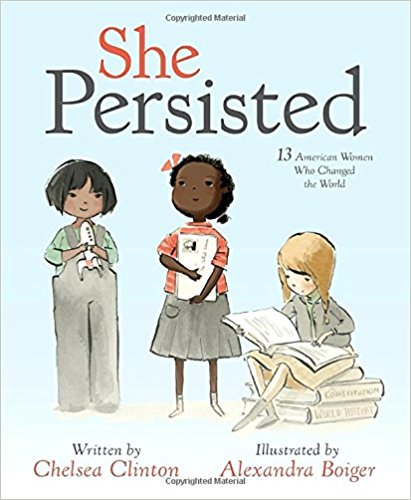 She Persisted: 13 American Women Who Changed the World 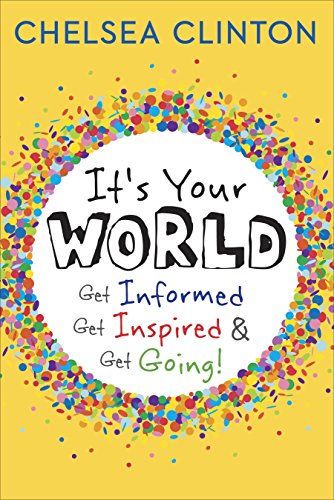 It's Your World: Get Informed, Get Inspired & Get Going!

As vice chair of the Clinton Foundation, Chelsea Clinton works alongside the Foundation’s leadership and partners to improve lives and inspire emerging leaders across the United States and around the world. This includes the Foundation’s early child initiative Too Small to Fail, which supports families with the resources they need to promote early brain and language development; and the Clinton Global Initiative University (CGI U), a global program that empowers student leaders to turn their ideas into action. A longtime public health advocate, Chelsea also serves on the board of the Clinton Health Access Initiative and uses her platform to increase awareness around issues such as vaccine hesitancy, childhood obesity, and health equity.

In addition to her Foundation work, Chelsea teaches at Columbia University’s Mailman School of Public Health and has written several books for young readers, including the #1 New York Times bestseller She Persisted: 13 American Women Who Changed the World as well as She Persisted Around the World, She Persisted in Sports, She Persisted in Science, Start Now! You Can Make a Difference; Don’t Let Them Disappear; It’s Your World: Get Informed, Get Inspired & Get Going; and Welcome to the Big Kids Club. She is also the co-author of The Book of Gutsy Women and Grandma’s Gardens with Secretary Hillary Rodham Clinton and of Governing Global Health: Who Runs the World and Why? with Devi Sridhar. Chelsea’s podcast, In Fact with Chelsea Clinton, premiered in 2021, and is the co-founder of HiddenLight Productions.

Chelsea holds a Bachelor of Arts from Stanford, a Master of Public Health from Columbia's Mailman School of Public Health, and both a Master of Philosophy and a Doctorate in international relations from Oxford University. She lives with her husband Marc, their children Charlotte, Aidan and Jasper, and dog Soren in New York City