Bruce Feiler is one of America’s most popular voices on contemporary life. Employing a firsthand approach to his work, Bruce is known for living the experiences he writes about, both in his beloved “This Life” column in the Sunday New York Times and in his six consecutive New York Times bestsellers, including Walking the Bible, Abraham, and The Secrets of Happy Families. He’s also the host of two prime-time series and a frequent commentator on television and radio. Bruce’s new book, The First Love Story: Adam, Eve, and Us (2017), is a revelatory journey from the Garden of Eden in Iraq to the Sistine Chapel, from Jerusalem to Hollywood, exploring how Adam and Eve introduced the idea of love into the world, and how they continue to shape our deepest feelings about relationships, family, and societal cohesion.

Dubbed the “modern-day Indiana Jones,” Bruce has a zeal for life and a humorist’s ability to tell a good story. He leaves audiences both entertained and uplifted, with practical takeaways that prompt discussion and action in communities, businesses, and institutions he visits.

Please send me availability & fees for Bruce Feiler
Thank you for your interest in this Harry Walker Agency speaker.
You will hear from one of our agents in the next 24 hours. If you have any other questions or information, please call us right away at 646.227.4900. Are you also interested in learning more about other speakers? Create a My Speaker List.
Rave Reviews About Bruce Feiler
“
'WOW' has been the standard comment by all with your brilliant balance of storytelling, humor, and history. Largest crowds ever.

The Secrets of Happy Families

How Tech-Obsessed Kids, Overworked Moms, and Active Dads Are Changing How Families Shop, Spend, and Connect ...

How Tech-Obsessed Kids, Overworked Moms, and Active Dads Are Changing How Families Shop, Spend, and Connect

Faith and Family in Modern Life

Restoring Love in a Divided World

How the Bible Invented Love and How It Can Help Us Reclaim Forgiveness, Healing, and Hope in Today’s Divided World ...

How the Bible Invented Love and How It Can Help Us Reclaim Forgiveness, Healing, and Hope in Today’s Divided World

Can We Get Along?

A Way Forward for Jews, Christians, and Muslims ...

A Way Forward for Jews, Christians, and Muslims

The Rise of Pilgrimage and the Future of Faith ...

The Rise of Pilgrimage and the Future of Faith

The Power of Community

How to Survive and Thrive in Difficult Times ...

How to Survive and Thrive in Difficult Times 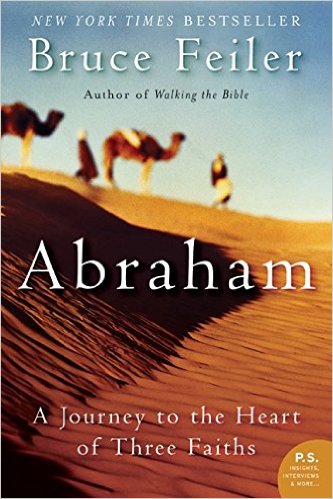 Abraham: A Journey to the Heart of Three Faiths 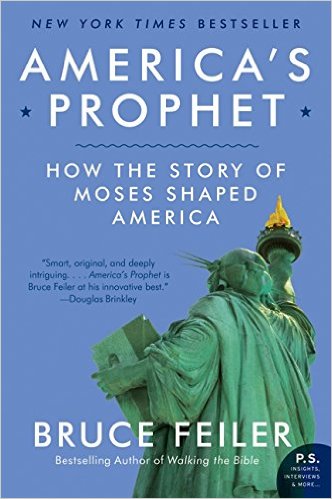 America's Prophet: How the Story of Moses Shaped America 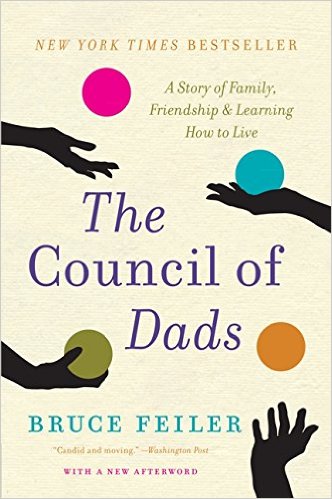 The Council of Dads: A Story of Family, Friendship & Learning How to Live 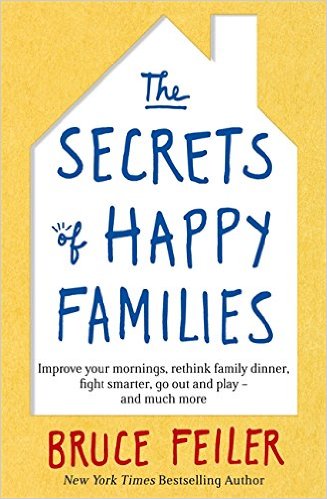 The Secrets of Happy Families 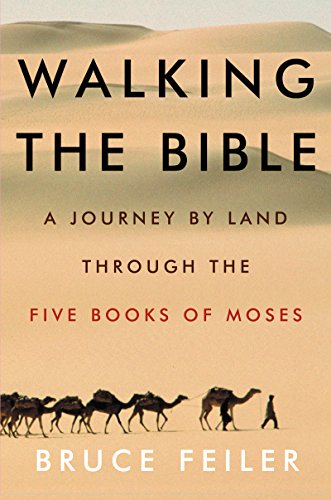 Walking the Bible: A Journey by Land Through the Five Books of Moses

BRUCE FEILER is one of America’s most popular voices on contemporary life. He writes the “This Life” column for the Sunday New York Times and is the author of six consecutive New York Times bestsellers, including Walking The Bible, Abraham and The Council of Dads.  He is the writer and host of the PBS series Walking The Bible With Bruce Feiler and Sacred Journeys With Bruce Feiler. His latest book, The First Love Story: Adam, Eve, and Us, is a provocative journey from the Garden of Eden in Iraq to the Sistine Chapel in Rome, from John Milton’s London to Mae West’s Hollywood, looking at how history’s first couple invented the idea of romantic love and what they can teach us about relationships today. It will be published in March 2017 by Penguin Press.

For almost two decades, Bruce has been one of the country’s preeminent thinkers, writers, and speakers about the role of religion, spirituality and meaning in contemporary life. In 2014, he hosted an unprecedented series on public television in which he journeyed to six historic pilgrimages around the world, traveling with American pilgrims to India, Japan, France, Nigeria, Israel, and Saudi Arabia. “Feiler is the perfect guide,” said Newsday. “He is up to the task intellectually, but – of perhaps greater importance – temperamentally as well.”

He has published four books on this topic. Walking The Bible (2001) describes his perilous, 10,000-mile journey retracing the Five Books of Moses through the desert. The book was hailed as an “instant classic” by the Washington Post and “thoughtful, informed, and perceptive” by the New York Times. It spent more than a year and a half on the New York Times bestseller list, has been translated into fifteen languages, and is the subject of a children’s book.

Abraham (2003) recounts his personal search for the shared ancestor of Jews, Christians, and Muslims. “Exquisitely written,” wrote the Boston Globe, “100 percent engaging.” The book was featured on the cover of TIME Magazine, debuted in the top 5 of the New York Times bestseller list, and inspired thousands of grassroots interfaith discussions around the world.

Where God Was Born (2005) describes his year-long trek visiting biblical sites through the front lines of Israel, Iraq, and Iran. “Bruce Feiler is a real-life Indiana Jones,” wrote the Atlanta Journal-Constitution. America's Prophet (2009) is the groundbreaking story of the influence of Moses on American history. Both were Top 10 bestsellers.

He has also written widely about reimagining contemporary families. The Secrets of Happy Familie (2013) collects best practices for busy parents from some of the country’s most creative minds, including tops designers in Silicon Valley, elite peace negotiators, and the Green Berets. Featured on World News, Nightline, GMA, the Today Show, and TED, and excerpted in the Wall Street Journal, New York Times, and Parade, the book was a Top 5 New York Times bestseller.

The Council of Dads (2010) is the international sensation that describes how faced with one of life’s greatest challenges, he asked six friends to form a support group for his young daughters. The book was profiled in PEOPLE Magazine, USA Today, Time, and the Washington Post, and was the subject of a one-hour documentary on CNN hosted by Dr. Sanjay Gupta. Bruce was named “Father of the Year” by the National Fatherhood Initiative.

Bruce Feiler has written for numerous publications, including The New Yorker, the New York Times Magazine, and Gourmet, where he won three James Beard Awards. He is also a frequent contributor to NPR, CNN, MSNBC, and Fox News. A former circus clown, he has been the subject of a Jay Leno joke and a JEOPARDY! question, and his face appears on a postage stamp in the Grenadines.

A native of Savannah, Georgia, Bruce lives in Brooklyn with his wife, Linda Rottenberg, and their identical twin daughters.