Brian Eisch grew up in the state of Wisconsin and joined the Army in 1992 at the age of 17 as an infantryman. He served in various duty positions over his 20 year career including Scout, Senior Scout, Radio Telephone Operator, Team Leader, Squad Leader, Instructor, Drill Sergeant, and Platoon Sergeant.

In 2010, The New York Times and Netflix began a 10 year journey following Brian throughout his deployment during the war in Afghanistan and filming the effects it had on him and his young sons back home in Wisconsin. While in the field in Kunduz Province Afghanistan, Brian was shot 3 times in his legs while attempting to save a wounded Afghan policeman.

Brian will be the first to say “this is not the worst thing that has ever happened to me.” After enduring debilitating pain and eventual amputation of his leg, Brian suffered an even greater loss when, in 2015, Brian’s son Joey, aged 12, was killed by a truck while riding his bike. Throughout this decade on film, we see Brian navigate pain, love and loss, and the rebuilding of a new normal.

In his speeches, Brian epitomizes the strength, perseverance, and humor it takes to not only pull a team through combat, but also a family through tragedy. His outstanding military record reflects his innate ability to lead, communicate through crisis, and inspire teams. Brian’s story not only inspires other veterans, but anyone else who has found themselves needing to find new purpose, inspiration out of tragedy, and the strength to overcome. 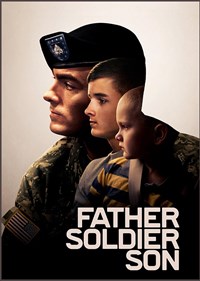 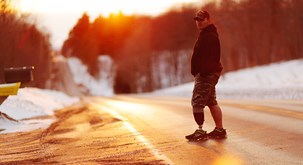 Please send me availability & fees for Brian Eisch
Thank you for your interest in this Harry Walker Agency speaker.
You will hear from one of our agents in the next 24 hours. If you have any other questions or information, please call us right away at 646.227.4900. Are you also interested in learning more about other speakers? Create a My Speaker List.
Rave Reviews About Brian Eisch
“
Brian’s presentation was phenomenal. He went above and beyond throughout his entire visit. We couldn’t be happier, and – more importantly – the veterans who attended were deeply touched by Brian’s message.

In 2010 while on a joint deliberate Raid with Afghan National Police in Kunduz Province Afghanistan, Brian was shot 3 times in his legs while attempting to save a wounded Afghan policeman. His medic, Jared Cripe saved his life. Brian retired as a Master Sergeant in 2012 as a result of his wounds at the rank of Master Sergeant.

In July 2015, Brian and Maria’s son Joey, age 12, was killed by a truck while riding his bike to a friend’s house. The Sandy Creek Youth Wrestling Program holds their Annual Joey Eisch Memorial tournament in his honor as well as named a baseball field “Eisch Field”. Brian has also mirrored the award at his son’s Jaxon school, Luxemburg-Casco, WI and hands out an annual award to one of their wrestlers in joey’s honor.

Brian lives with his son Jaxon in Casco, WI, his son Isaac lives in nearby Green Bay, WI.