Bret Stephens is an op-ed columnist for the New York Times. He previously spent 16 years at the Wall Street Journal, most notably writing "Global View," the foreign-affairs column, for which he was awarded the 2013 Pulitzer Prize for distinguished commentary.

Please send me availability & fees for Bret Stephens
Thank you for your interest in this Harry Walker Agency speaker.
You will hear from one of our agents in the next 24 hours. If you have any other questions or information, please call us right away at 646.227.4900. Are you also interested in learning more about other speakers? Create a My Speaker List.
Rave Reviews About Bret Stephens
“
Bret was TERRIFIC last night. We had a large crowd, his talk was superb, he endured the questions and he was a pleasure to deal with. Thanks for making it all possible. It couldn't have gone more smoothly. You have a lot of happy customers in LA.

Play
Now
Keynote - What makes a country great | American Friends of Hebrew U. [23:53]

Mr. Stephens speaks about U.S. foreign policy and the forces that are shaping the world. He also speaks frequently about Israel and the myriad issues shaping the Middle East today. ...

Mr. Stephens speaks about U.S. foreign policy and the forces that are shaping the world. He also speaks frequently about Israel and the myriad issues shaping the Middle East today. 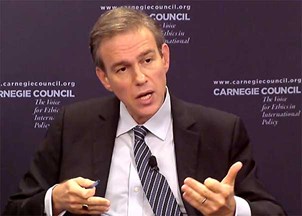 Virtual Programming: Conservative pundit Bret Stephens brings shrewd insights to audiences seeking understanding about the world in which we live- from social unrest, to the pandemic to the upcoming election

You don’t get to be a Pulitzer Prize-winning journalist without ruffling some features. BRET STEPHENS, the New York Times columnist, writes and speaks on issues from the point of view of a traditional conservative, often finding himself at odds with both extremes of the political spectrum and beloved by those prepared for nuanced debate. Stephens speaks boldly about the subject of his books, including Fight for Liberty, dissecting the state of conversations and its mission to preserve a liberal (with a small “L”) democracy. Just recently, Stephens wrote several columns on the times we’re living in addressing the social unrest, pandemic and the political climate in America, and even a criticism of his employer, The New York Times.  The best endorsements of Brett come from meeting planners: "Bret Stephens was fabulous last night!! He was thoughtful, articulate, and had elements of humor woven into his very serious talk. He kept his talk bi-partisan by calling out those on the left and the right. He is brilliant!!! It was a terrific evening!" (ADL) “Bret was TERRIFIC last night.”(Community Advocates, Inc.) 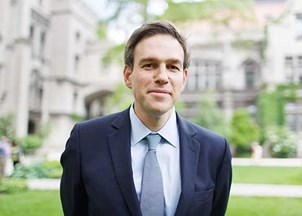 Foreign affairs expert and Pulitzer-Prize Winning journalist BRET STEPHENS is a celebrated New York Times Op-Ed Columnist. James Bennet, The Times editorial page director, announced Stephens’ role: “He’s a beautiful writer who ranges across politics, international affairs, culture and business, and, for The Times, he will bring a new perspective to bear on the news. From my own conversations with Bret, and with those who have had the privilege of working with him, I can tell you he is also a generous and thoughtful colleague with a deep sense of moral purpose and adventure about our work." Stephens has worked as a journalist in both the U.S. and Europe, gaining and international following for his in-depth and insightful commentary on foreign affairs. The Wall Street Journal’s editorial page editor, Paul Gigot, commented on Stephen’s departure after 16 years: "As a features editor in the U.S., then editorial writer and editor in Europe, and an editorial writer and columnist based in New York, he has set a standard for excellence in journalism…"

Fight for Liberty: Defending Democracy in the Age of Trump America in Retreat: The New Isolationism and the Coming Global Disorder

Bret Stephens is an Op-Ed columnist for the New York Times.

Bret came to The Times in 2017 after a long career with The Wall Street Journal, where he was most recently deputy editorial page editor and, for 11 years, a foreign affairs columnist. Before that, he was editor-in-chief of The Jerusalem Post, a position he assumed in 2002 at age 28. At The Post he oversaw the paper's news, editorial, digital, and international operations, and also wrote a weekly column. He has reported from around the world and interviewed scores of world leaders.

Bret is the author of America in Retreat: The New Isolationism and the Coming Global Disorder, released in November 2014, and is currently working on a book about the free world. He is the recipient of numerous awards and distinctions, including three honorary doctorates, the Ellis Island Medal of Honor, and the 2013 Pulitzer Prize for commentary. In 2022, the government of Russia banned him for life from visiting that country.

In addition to his work at The Times, in 2021 Bret became editor-in-chief of Sapir (sapirjournal.org), a Jewish quarterly published by the Maimonides Fund. The mission of Sapir is to offer ideas for a thriving Jewish future. He is also currently at work on a book about the future of the free world.

Bret was raised in Mexico City and holds a B.A. from the University of Chicago and an MSc. from the London School of Economics. He sits on numerous academic advisory boards and was a co-founder, with Garry Kasparov, of the Renew Democracy Initiative, an organization dedicated to advancing democratic principles throughout the world.

He and his wife, Corinna da Fonseca-Wollheim, a music critic and entrepreneur, live near New York City and have three children.