Award-winning writer, actor, and New York Times bestselling author Bob Odenkirk is known for playing slippery lawyer “Saul Goodman,” a character he originated on AMC’s Breaking Bad and went on to play in the hit spinoff Better Call Saul. He has been nominated for numerous awards for his work, including Emmys, Golden Globes, and has won the Critic’s Choice Award twice. As an actor, Odenkirk has also appeared in The Larry Sanders Show, Oscar-nominated film Nebraska, the Sundance hit The Spectacular Now, and Netflix original Girlfriend’s Day, which he also co-wrote. From his cult status as a comedy writer, to his reinvention as an award-winning actor in drama and an action-film star, Odenkirk shares his journey in engaging and hilarious events.

A legend in the comedy-writing world, Odenkirk has won Emmys and acclaim for his world on Saturday Night Live, Mr. Show with Bob and David, and many other seminal TV shows. His writing has appeared in The New Yorker, Vice Magazine, and Filter Magazine, among other publications. Odenkirk is the author of A Load of Hooey, which resembles nothing so much as a hilarious sketch comedy show for your mind, and the New York Times bestseller Comedy Comedy Comedy Drama: A Memoir. His memoir, which is an Editor’s Pick on Amazon, has been called “essential” (Entertainment Weekly) and “hilarious” (AV Club). In memorable moderated conversations, Odenkirk opens up about the highs and lows of his career and shares his trademark unflinching drive, inspiring audiences of all kinds. 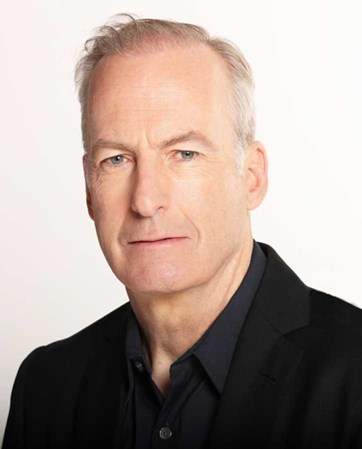 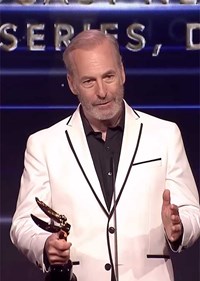 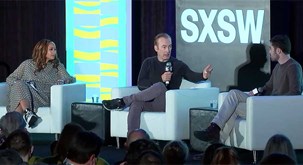 A Fireside Chat with Bob Odenkirk

Known for his award-winning and beloved portrayal of the slippery lawyer title character in You Better Call Saul, actor and author Bob Odenkirk engages, delights, and inspires audiences in this insightful fireside chat. Topics range from his cult status as a comedy writer, the highs and lows of a ca ...

Known for his award-winning and beloved portrayal of the slippery lawyer title character in You Better Call Saul, actor and author Bob Odenkirk engages, delights, and inspires audiences in this insightful fireside chat. Topics range from his cult status as a comedy writer, the highs and lows of a career in Hollywood, and lessons in reinvention that apply across industries. 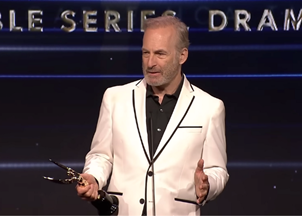 In all seriousness, BOB ODENKIRK has had a long career of doing excellent work behind the scenes – from Second City, to writing some of the most memorable sketches on SNL, to a bunch of other seminal TV shows – before he became a venerated star and household name. Folks just knew his work, and his work was excellent. His commitment to excellence and trademark unflinching drive served as the foundation for him to become the leading star in one of the most critically acclaimed dramas on TV – You Better Call Saul. In his book Comedy Comedy Comedy Drama: A Memoir, Odenkirk talks about his life doing the work he loves, and how he allows his gifts, his work, and – candidly – luck and chance, to take him from one opportunity to the next. Throughout the highs and lows of a career in Hollywood, he has never lost sight of his passions and always keeps his eye on the goal – for him, giving himself over to his craft so people are entertained. For your student audience, Odenkirk delivers a powerful lesson in stepping into one’s own vision for their life, committing to it fully, and being present to enjoy the ride. 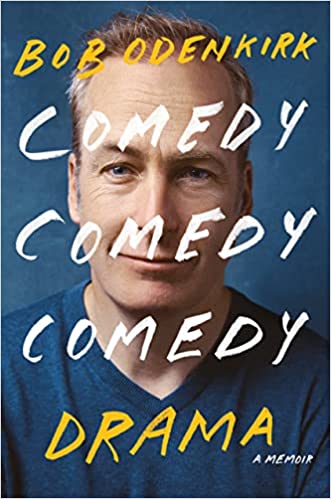 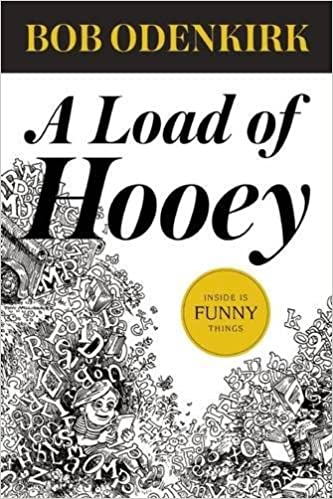 A Load of Hooey

Bob Odenkirk is an American actor, comedian, writer, director and producer. In 2015, Odenkirk reprised the character he originated on the hit drama Breaking Bad, playing the title role in AMC's Better Call Saul, which has earned him two Critics' Choice TV Awards, four Emmy and three Golden Globe nominations and two SAG Award nominations. Season 6 premiered on April 18th – in which he also served as a producer.

Odenkirk can most recently be seen in the action-thriller Nobody for Universal, from writer Derek Kolstad (John Wick film series) and director Ilya Naishuller (Hardcore Henry), and producer David Leitch (Deadpool 2, Hobbs and Shaw). Odenkirk also produced the feature. It was released theatrically on March 26th to a strong reception and currently holds an 82% on Rotten Tomatoes.

He is currently in development on the FX miniseries Night of the Gun, based on the memoirs of late New York Times columnist David Carr.

Odenkirk lent his voice to Disney Pixar’s Incredibles 2, as 'Winston Deavor' a telecommunications mogul who brings the Supers out of retirement. Next up, he can be seen in Greta Gerwig's Little Women, as “Mr. March,” opposite a stellar cast including Laura Dern, Saoirse Ronan, Meryl Streep, Timothee Chalamet, Emma Watson. Other feature credits include Steven Spielberg’s Oscar-nominated The Post alongside Meryl Streep and Tom Hanks; and Alexander Payne’s Nebraska.

As an actor he has brought many enduring characters to life, including "Stevie Grant" in The Larry Sanders Show; ex-porn star "Gil Bang" in Curb Your Enthusiasm; "Bill Oswalt" on the FX series Fargo (season 1).

Currently-streaming credits include the fantastic roto-scoped animated drama on Amazon, Undone; the Eddie Murphy feature Dolemite is My Name, for Netflix; No Activity for CBS All Access; and the comic-noir feature Girlfriend’s Day for Netflix, which he also wrote.

For his work on Saturday Night Live, Odenkirk garnered an Emmy Award for "Outstanding Writing in a Variety or Music Program" in 1989. The "Motivational Speaker" sketch Odenkirk wrote for his friend Chris Farley, which originated at Second City in Chicago, was recently named by Rolling Stone magazine as the best SNL sketch of all time. In 1993, Odenkirk earned another Emmy Award for writing on The Ben Stiller Show.

Over the years Odenkirk has been instrumental in helping emerging comedy writer/performers get their work on the air. He was an executive producer of Tim Heidecker and Eric Wareheim's first Adult Swim series Tom Goes to the Mayor and was a consultant on their subsequent shows Tim and Eric Awesome Show, Great Job! and Check it Out! with Dr. Steve Brule. In 2013, Odenkirk teamed up with the young comedy group The Birthday Boys to executive produce their sketch show on IFC, which ran for two seasons.

Odenkirk also co-wrote, along with David Cross and Brian Posehn, the New York Times bestseller Hollywood Said No! a collection of their unproduced screenplays. In October 2014, McSweeny’s published a book of Odenkirk's comedy writing titled, A Load of Hooey.