Amy Schumer is a standup comedian, actress, writer, producer and director. She is best known as the creator, star, writer and executive producer of the award winning Inside Amy Schumer, the popular Comedy Central television series, which won numerous awards including a Writers Guild Award for Best Comedy/Variety Sketch series, the first-ever Primetime Emmy Award for Outstanding Sketch Variety Series, and the prestigious Peabody Award.

Schumer’s first book, the #1New York Times bestseller The Girl with The Lower Back Tattoo, is a refreshingly candid and uproariously funny collection of personal and observational essays.

Schumer is also known for her work in films, including Universal Pictures film Trainwreck, the mother-daughter comedy Snatched, which she also produced, and the drama Thank You For Your Service.

Beyond her comedy career, Schumer is a proud founding member of Time’s Up. She also developed, along with celebrity stylist and costume designer Leesa Evans, clothing line Le Cloud, which is made for--- and meant to inspire-- women of all shapes, sizes, and walks of life to be the best version of themselves.

Please send me availability & fees for Amy Schumer
Thank you for your interest in this Harry Walker Agency speaker.
You will hear from one of our agents in the next 24 hours. If you have any other questions or information, please call us right away at 646.227.4900. Are you also interested in learning more about other speakers? Create a My Speaker List.
Amy Schumer Stand-Up Monologue | Saturday Night Live [8:36] - Get Sharable Link
https://www.harrywalker.com/speakers/amy-schumer/?videoid=37320
Amy Schumer Stand-Up Monologue | Saturday Night Live [8:36] 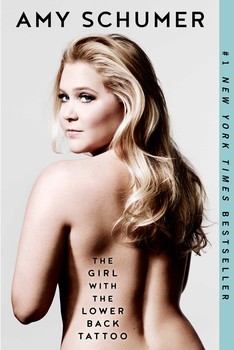 The Girl with the Lower Back Tattoo

Amy Schumer is a standup comedian, actress, writer, producer and director.  Schumer is the creator, star, writer and executive producer of the award winning Inside Amy Schumer, the popular Comedy Central television series, which premiered in April 2013 to the network’s highest season premiere ratings of that year. Inside Amy Schumer won the 2015 Writers Guild Award for Best Comedy/Variety Sketch series.  In 2015, the show was honored with the first-ever Primetime Emmy Award for Outstanding Sketch Variety Series.  Schumer was also nominated for Outstanding Directing for a Variety Series and Outstanding Writing for a Variety Series. Schumer received honors for Individual Achievement in Comedy and Outstanding Achievement in Comedy from the Television Critics Association in 2015.  Additionally, she was awarded the 2015 Critics’ Choice Television Award for Best Actress in a Comedy Series.  Among the show’s many accolades, it also received the prestigious Peabody Award in 2014.

Schumer’s first book, The New York Times bestseller The Girl with The Lower Back Tattoo, earned her a 2017 Grammy Award nomination for Best Spoken Word Album and was released in paperback in August 2017.

In 2017, Schumer starred alongside Goldie Hawn in the mother-daughter comedy Snatched, which she also produced. That same year, Schumer was seen in Jason Hall’s drama Thank You For Your Service. Most recently, Schumer starred and produced the STX comedy I Feel Pretty, released in April 2018. She is currently traveling on her Amy Schumer and Friends tour, performing in cities around the country. Her podcast, “Amy Schumer Presents: 3 Girls, 1 Keith” premiered its second season on Spotify in October 2018.

Schumer’s Universal Pictures film Trainwreck, dominated the worldwide box office as the hit summer comedy. She won the Critics’ Choice Award for Best Actress in a Comedy and was nominated for a Writers’ Guild Award in the category of Original Screenplay.  That same year, the British Academy of Film and Television (BAFTA) honored Schumer with The Charlie Chaplin Britannia Award for Excellence in Comedy.

Schumer’s latest one-hour Comedy special titled The Leather Special is currently streaming on Netflix. The special earned her a nomination for Outstanding Directorial Achievement in a Variety Special.  Her one-hour HBO comedy special, Amy Schumer: Live at the Apollo directed by Chris Rock, premiered on October 17, 2015, and was HBO’s most watched Saturday night comedy special debut since December 2009.  She is Tony nominated for her role in Steve Martin’s Meteor Shower. Often touring theaters and arenas all over the world, Schumer is the only female comic to headline Madison Square Garden. She is a proud founding member of Time’s Up.

In December 2018, Schumer announced the launch of her clothing line, Le Cloud, that she developed and designed along with celebrity stylist and costume designer Leesa Evans. Le Cloud was inspired by Schumer saying she wanted everything she wears to feel like a cloud. The collection combines Evans’ flare for style and years of celebrity dressing experience with Schumer’s passion for authenticity and desire to do something good for all women.