Award-winning multi-hyphenate talent, Alex Borstein is known for writing, producing, and acting in some of Hollywood’s most beloved projects. As a writer, Borstein contributed to Showtime’s long-running series Shameless, as well as FOX’s long-running, mega-hit, Family Guy for which she also earned an Emmy Award as the voice of Lois Griffin. As an actress, she is also known for her starring role in HBO’s critically acclaimed series, Getting On. Most recently, Alex took home two Emmy’s for her role as Susie Myerson on Amazon Prime’s award-winning series The Marvelous Mrs. Maisel. Some of her feature film credits include A Million Ways to Die in the West, The Lizzie McGuire Movie, The Lookout, Bad Guys, and the award-winning Good Night, and Good Luck, for which the ensemble cast was nominated for a Screen Actor’s Guild Award. A highly regarded standup comedian and commentator, Borstein uses her trademark humor to explore complex topics in memorable moderated conversations.

Borstein is an advocate and educator about bleeding disorders, working with the National Hemophilia Foundation as a spokesperson to raise awareness and offer encouragement to those affected. In her inspiring Emmy Award acceptance speech, she shared the story of her grandmother’s courage during the Holocaust – who defied Nazi orders and ‘stepped out of line’ – and Borstein urged women everywhere to be empowered to step out of line and stand up for what they believe in. Borstein brings authenticity, insight, and wit, to all her engagements, and donates her fees to charitable organizations. 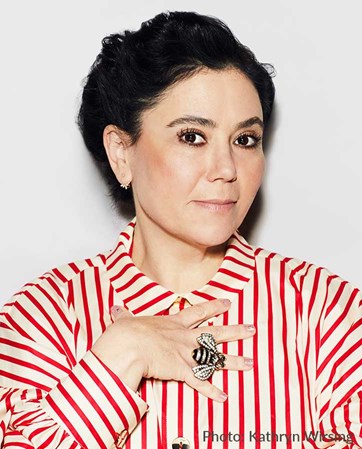 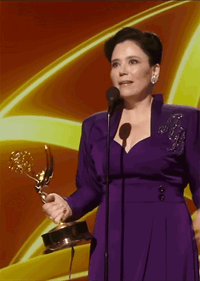 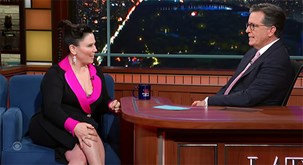 Play
Now
TV Interview - Why She Signed on to 'The Marvelous Mrs. Maisel' | The Hollywood Reporter [4:50]

In Conversation with Alex Borstein

Award-winning multi-hyphenate talent Alex Bortsein is known for her work on some of Hollywood’s most beloved projects, like Shameless, Family Guy, The Marvelous Mrs. Maisel, and more. In memorable moderated Q&A’s, Borstein uses her trademark humor to explore complex topics and share insights fro ...

Award-winning multi-hyphenate talent Alex Bortsein is known for her work on some of Hollywood’s most beloved projects, like Shameless, Family Guy, The Marvelous Mrs. Maisel, and more. In memorable moderated Q&A’s, Borstein uses her trademark humor to explore complex topics and share insights from her tremendous career. 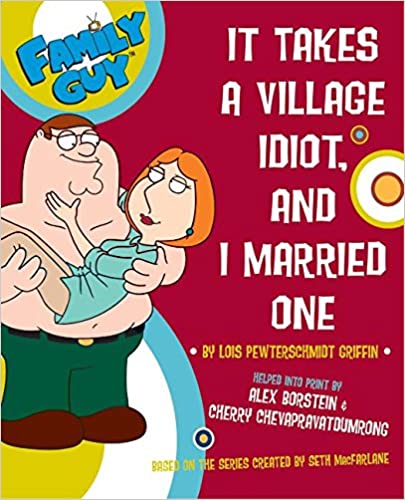 Family Guy: It takes a Village Idiot, and I Married One

Alex Borstein is a multi-hyphenate talent who wrote for Showtime’s long-running series Shameless.  She then followed that by starring along-side Laurie Metcalf and Niecy Nash in HBO’s, Getting On, where she brought the vulnerable character of Dawn Forcehette to life. Getting On rose to critical acclaim during its three seasons as it followed the daily lives of put-upon nurses and doctors as they struggle with the dark comedic realities of caring for the elderly in an overwhelmed healthcare system.

Most recently, Alex won her second Emmy for her turn as Susie Myerson on Amazon Prime’s award winning series, The Marvelous Mrs. Maisel.  She also took home an Emmy for her voiceover work as Lois Griffin on FOX’s long-running, mega-hit, Family Guy.

On the film front, Borstein appeared in Seth MacFarlane’s A Million Ways To Die in The West as Millie, the madam in the town’s brothel.  In the summer of 2012, Borstein also appeared in MacFarlane’s directorial debut Ted, also released by Universal.  Previously, Borstein appeared opposite Joseph Gordon-Levitt in Scott Frank's The Lookout, in Bad Santa with Billy Bob Thornton and in The Lizzie Mcguire Movie with Hilary Duff.  Not just a comedic actress, Borstein starred alongside George Clooney in the six-time Academy Award-nominated film Good Night, and Good Luck.  Her role as Natalie also earned her a Screen Actor’s Guild nomination for Outstanding Performance by a Cast in Motion Picture. The film was also nominated for a Golden Globe, BAFTA, and was awarded Movie of the Year by the American Film Institute.

Originally from Chicago, Borstein graduated from San Francisco State University with a degree in Rhetoric. She started performing sketch comedy while in San Francisco and later joined the ACME Comedy Theatre in Los Angeles.

Borstein is short and spends the best parts of life in Barcelona.