Al Roker brings to the podium the same charisma and sense of humor that have propelled him to number one in Americans' hearts. Whether emceeing events or delivering a closing keynote, his ability to improvise and sling out his legendary one-liners are a huge hit with audiences.

Please send me availability & fees for Al Roker
Thank you for your interest in this Harry Walker Agency speaker.
You will hear from one of our agents in the next 24 hours. If you have any other questions or information, please call us right away at 646.227.4900. Are you also interested in learning more about other speakers? Create a My Speaker List.
Rave Reviews About Al Roker
“
Your charismatic personality blossomed a grand event into one that turned out nothing short of phenomenal.

Don’t Make Me Stop This Car

Al Roker reflects back on his childhood and the parents who inspired him to excel and talks candidly about his experiences as a working parent struggling to inspire the same values in his young family. ...

Al Roker reflects back on his childhood and the parents who inspired him to excel and talks candidly about his experiences as a working parent struggling to inspire the same values in his young family.

Let a Smile Be Your Umbrella

Al Roker talks about the importance of humor and a positive attitude both personally and professionally and reflects on his television and business career. ...

Al Roker talks about the importance of humor and a positive attitude both personally and professionally and reflects on his television and business career. 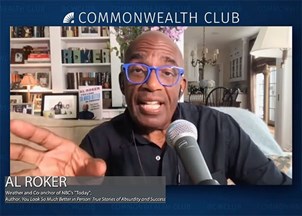 Al Roker makes a major impact at events with his personalized, uplifting talks

Beloved co-host of NBC’s TODAY and weatherperson extraordinaire AL ROKER brings to his keynotes and conversations the same charisma and sense of humor that have propelled him to number one in Americans' hearts. Beyond his weather reporting, which is his lifelong passion, Roker has been part of must-see TV – from memorable events that bring the nation and the world together, like the Macy’s Thanksgiving Day Parade and the Olympics – to impactful conversations about racism, overcoming adversity, and healthcare advocacy. In an insightful conversation for the Commonwealth Club of California, Roker shares his secrets to long-term success – which, as he assures in his latest book You Look So Much Better in Person, is just within reach. A sought-after speaker, he regularly receives rave reviews such as: “It could not have been better. A terrific start to our conference” (International Paper) and “Your charismatic personality blossomed a grand event into one that turned out nothing short of phenomenal.” (Noelle-Elaine Media Inc.)

As Kelly Clarkson introduced him for her show, “no matter the weather, he always puts a smile on our face!” The 14-time Emmy winner was a guest on her show to share an uplifting update on his prostate cancer diagnosis and used the opportunity to advocate for men’s health – encouraging people to get checked early and often. An indomitable force of positivity, Roker offers a wealth of insights from his successful career that are applicable to all fields, as well as actionable takeaways for weathering the storm of life, inspiring audiences to say “yes!” Roker draws on his immense capacity for humor, ensuring lighthearted, thoughtful, impactful programs that uplift audiences of all kinds. 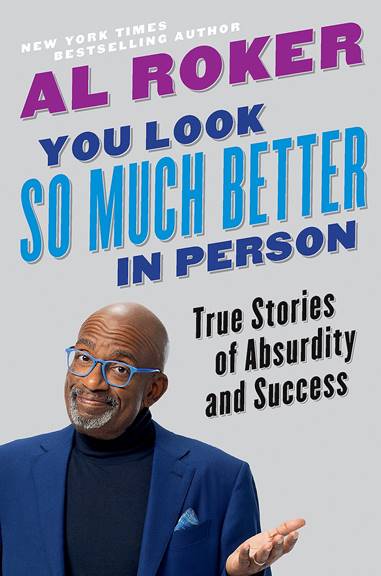 You Look So Much Better in Person: True Stories of Absurdity and Success 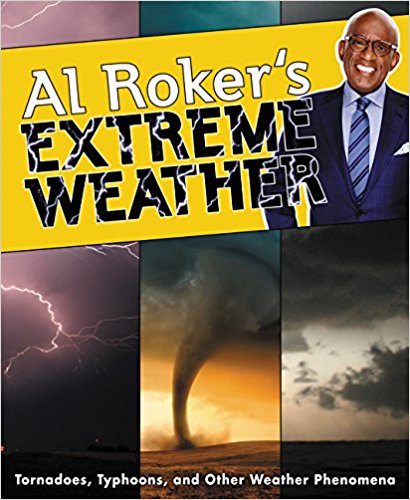 Been There, Done That: Family Wisdom For Modern Times

Al Roker’s New Book, You Look So Much Better in Person, Is a Guide for 'Happiness and Success' - People
Parade Rewind with Al Roker: His Idea of Perfect Weather and How Oversleeping Inspired His First App - Parade
Biography

As host and weatherman of NBC’s Today Show, along with Savannah Guthrie and Hoda Kotb, Al Roker has the undivided attention of the nation (over 30 million viewers per week) every weekday morning as America prepares for school and work.

Spanning more than 40 years on TV and 14 Emmy awards - and in addition to reporting on the weather - Al conducts interviews with celebrities and newsmakers around the world and does a wide variety of segments on every imaginable subject. Al also co-anchors the popular 3rd Hour of Today, presenting homespun lifestyle segments that touch all Americans.

Al is also an award-winning television producer. He is CEO of Al Roker Entertainment, Inc. (ARE) which develops and produces television programming for broadcast, network, cable, digital, streaming, and digital platforms. Notably, Al was the Executive Producer of the award-winning Coast Guard Alaska and Coast Guard Florida series for The Weather Channel, now currently airing on Pluto TV. Not only will you find an Al Roker-produced show on your favorite TV station, Al Roker Entertainment also creates trusted video content for the world’s leading brands, usually messaging the social good activities of brands, foundations and non-profits.

As a prolific bestselling author, Al has penned 13 books, the latest being “You Look So Much Better In Person - True Stories Of Absurdity and Success.” This latest tome is a humorous collection of essays based on lessons for living a happy life and achieving success through the power of saying "yes!" In addition, Al’s mystery novel, “The Morning Show Murders” (part of a three-book trilogy) debuted in 2018 as a Hallmark Movies and Mystery TV movie starring Holly Robinson Peete and Rick Fox, and has spawned numerous TV spinoffs.

Al regularly tweets on Twitter @AlRoker, shares photos from his family life (and amazing cooking) on Instagram, and talks with his audience on Facebook. Fans of his writing can also access Books By Al Roker on Facebook to keep tabs on Al’s literary output and events.

Al lives in New York with his wife, ABC Correspondent Deborah Roberts and has three kids.