One of the most beloved figures in science and technology, Adam Savage has spent most of his life gathering skills that allow him to take ideas and make them real.

In his book, Every Tool’s a Hammer: Life Is What You Make It, Adam shares his golden rules of creativity, problem solving, and much more. This inspiring read not only explores the MythBusters star’s journey through 40-plus years as a maker and creator, but offers readers profound advice on how to pursue what truly inspires them.

In speaking to audiences around the world, Adam challenges and inspires people to turn their curiosities into creations. From finding what inspires you to following through on making an idea a reality, Adam encourages you to push the boundaries of what's possible, and provides a toolbox of techniques to achieve personal and professional success. 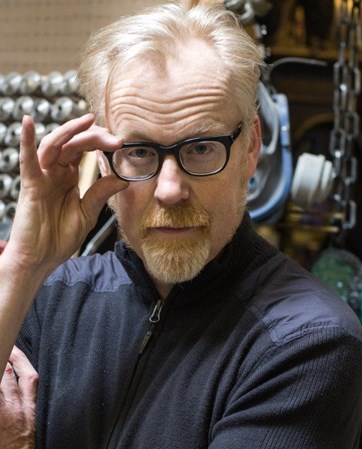 Please send me availability & fees for Adam Savage
Thank you for your interest in this Harry Walker Agency speaker.
You will hear from one of our agents in the next 24 hours. If you have any other questions or information, please call us right away at 646.227.4900. Are you also interested in learning more about other speakers? Create a My Speaker List.
Rave Reviews About Adam Savage
“
"Great connection and Adam took extra time to become familiar with the interviewees and made the content really fun."

Every Tool's a Hammer

In this inspirational and informative presentation based on his book, Every Tool's a Hammer: Life Is What You Make It , Adam shares with audiences a refreshing and insightful look into his golden rules of creativity. Drawing on his forty plus years of experience as a maker and lessons learned along ...

In this inspirational and informative presentation based on his book, Every Tool's a Hammer: Life Is What You Make It , Adam shares with audiences a refreshing and insightful look into his golden rules of creativity. Drawing on his forty plus years of experience as a maker and lessons learned along the way, Adam provides audiences with a toolbox of techniques to achieve personal and professional success.  From finding what inspires you to following through on making an idea a reality, Adam encourages you to push the boundaries of what's possible and turn your curiosities into creations. 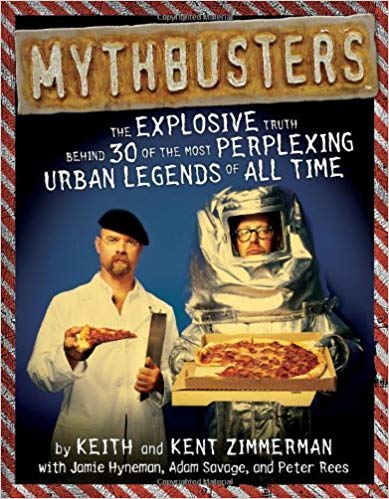 MythBusters: The Explosive Truth Behind 30 of the Most Perplexing Urban Legends of All Time 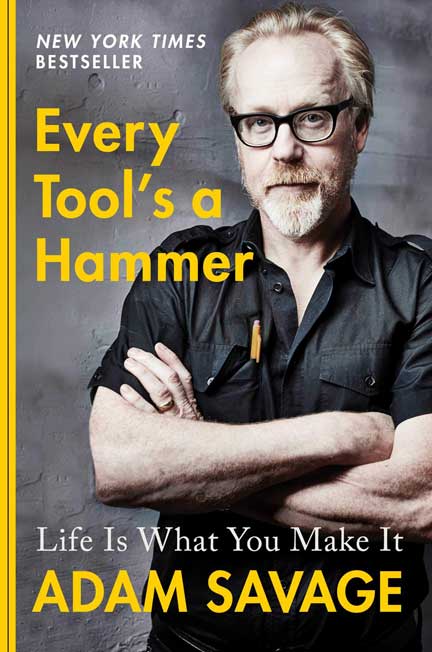 Every Tool's a Hammer: Life Is What You Make It

Adam Savage has spent his life gathering skills that allow him to take what's in his brain and make it real. He's built everything from giant Buddhas and futuristic weapons to fine-art sculptures and dancing vegetables.

The son of a filmmaker/painter and a psychotherapist, Adam’s previous positions include projectionist, animator, graphic designer, carpenter, interior and stage designer, toy designer, welder, and scenic painter. And he’s worked with every material and in every medium he could fathom — metal, paper, glass, plastic, rubber, foam, plaster, pneumatics, hydraulics, animatronics, neon, glassblowing, mold-making, and injection molding to name just a few.

In 1993, Adam began concentrating his career on the special-effects industry, honing his skills through more than 100 television commercials and a dozen feature films, including Star Wars Episode I: The Phantom Menace and Episode II: Attack of the Clones, Galaxy Quest, and the Matrix sequels.

A decade later, Adam was chosen along with Jamie Hyneman to produce and host MythBusters, which premiered on Discovery Channel in January 2003. Fourteen years, 279 episodes, 1,015 myths, 2,950 experiments, eight Emmy nominations, and 83 miles of duct tape later, that version of the series ended in March 2016.

Today, Adam hosts and executive produces MythBusters Jr. as well as a brand-new series, Savage Builds, which premiered on Science Channel in June 2019. He also stars in and produces content for his website Tested.com, including behind-the-scenes deep dives into multiple blockbuster films (including Alien Covenant, Mortal Engines, and Blade Runner 2049 ).

In addition, after a lifetime of hunting for the perfect gear bag, Adam launched Savage Industries and began manufacturing his own along with MAFIA BAGS. Made in the United States and constructed primarily from recycled sailcloth, every bag is not only durable and lightweight but unique as well. The current line (available at AdamSavage.com) includes two sizes of the EDC (“Everyday Carry”) and an assortment of pouches, with more product both available on the site and on the way.

Finally, in 2019 Adam finished his first book. Every Tool’s a Hammer is “a chronicle of my life as a maker. It’s an exploration of making and of my own productive obsessions, but it’s also a permission slip of sorts from me to you. Permission to grab hold of the things you’re interested in, that fascinate you, and to dive deeper into them to see where they lead you.” More information is available at adamsavagebook.com.

Adam lives in the San Francisco Bay area with his wife and their amazing dog.