Emmy Award-winning journalist and trailblazing sportscaster MJ Acosta-Ruiz is the acclaimed host of NFL Total Access. Acosta-Ruiz is the first ever Afro-Latina and woman of color to host a show at the NFL Network, and as she is fully bilingual in English and Spanish, contributes across multiple platforms for NFL Mexico and NFL Español. She has covered sports, entertainment, and breaking news for over a decade, while advocating for representation and equality. Acosta-Ruiz recently co-hosted NBC Sports’ On Her Turf podcast, which highlights amazing women and allies who motivate people to be the best versions of themselves. In her reporting, moderating, and as a keynote speaker, she shares her insights on overcoming obstacles, embracing your authentic self as part of the path to success, and amplifying the voices of marginalized communities to create a more just world.

In addition to her work as an award-winning journalist, Acosta-Ruiz works as an advocate for women’s empowerment and representation and equity for marginalized communities. She works closely with A Seat at the Table, a mentorship community for young women interested in careers in sports. Acosta-Ruiz is a sought-after speaker, sharing her inspirational journey and takeaways about strategizing for success, embracing what makes you different, and breaking barriers in her empowering talks. 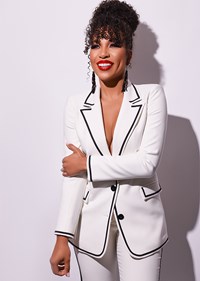 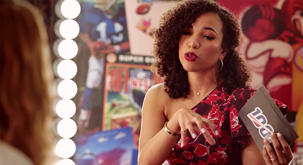 Embracing Your Authentic, Professional, Beautiful Self

MJ Acosta-Ruiz is a Gifted Moderator for Your Next Event

Emmy Award-winning journalist and trailblazing sportscaster MJ Acosta-Ruiz is a gifted moderator, asking thoughtful questions and cultivating powerful conversations on today’s biggest issues. With more than a decade of experience in journalism and entertainment, Acosta-Ruiz is the perfect choice to ...

Emmy Award-winning journalist and trailblazing sportscaster MJ Acosta-Ruiz is a gifted moderator, asking thoughtful questions and cultivating powerful conversations on today’s biggest issues. With more than a decade of experience in journalism and entertainment, Acosta-Ruiz is the perfect choice to make your next event or panel a memorable one.

An Emmy Award winning Sportscaster, Acosta-Ruiz joined NFL Network in 2018 from NBC and Telemundo in San Diego where she covered the Chargers, Padres and international soccer for three seasons in both English & Spanish language broadcasts as the lead sports anchor. Prior to joining NBC and Telemundo, Acosta-Ruiz spent three years as a reporter for WPLG, the ABC affiliate in Miami and Fort Lauderdale, covering sports, entertainment and breaking news.

A former Miami Dolphins cheerleader, Acosta-Ruiz graduated from Barry University with a Bachelor of Arts in Communications.

With over a decade in the TV & Entertainment industry, the Emmy Award winning journalist continues her work as an advocate for representation and equality. MJ works closely with women’s empowerment groups such as A Seat at the Table, and is dedicated the amplifying the voices of marginalized communities.