Lesley Stahl is one of America's most honored and experienced broadcast journalists and offers a historical look at politics from a career that has spanned over fifty years. Her rich career has been marked by political scoops, surprising features and award-winning foreign reporting, a body of work that won her the RTDNA's 2015 Paul White award for lifetime achievement. She has been a 60 Minutes correspondent since March 1991 and began her 30th season in 2020. She is the author of the best-selling book Becoming Grandma.

Prior to joining 60 Minutes, Stahl served as CBS News White House correspondent – the first woman to hold that job – during the Carter and Reagan presidencies and part of the term of George H. W. Bush. Her reports appeared frequently on the CBS Evening News, first with Walter Cronkite, then with Dan Rather, and on other CBS News broadcasts. Stahl continues to cover the top political stories of our day, and interviews the top power players in Washington D.C., including President Donald Trump four times during his time as president, Nancy Pelosi, Betsy DeVos, and more.

An Evening With Lesley Stahl 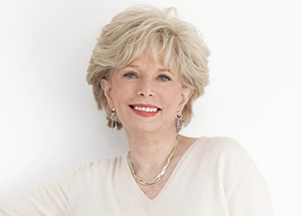 Lesley Stahl Covers the Top Political Stories of Our Time

LESLEY STAHL, one of America's most recognized and experienced broadcast journalists, offers a historical look at politics and world affairs from a career that has spanned over fifty years. Stahl was a CBS White House correspondent in the Carter, Reagan and Bush Senior administrations - the first woman to hold that job - and her reports appeared frequently on the CBS Evening News, first with Walter Cronkite, then with Dan Rather, and on other CBS News broadcasts. Stahl continues to bring her unique perspective to viewers all over the world as a 60 Minutes correspondent, a position she has held since March 1991. She has interviewed global leaders such as Margaret Thatcher, Boris Yeltsin, Yasir Arafat and virtually every top U.S. official, including George H. W. Bush, Bill Clinton, George W. Bush, Barak Obama and Donald Trump. Stahl has a vast collection of journalism awards, including Emmy Awards for her interviews on Face The Nation and her 60 Minutes reporting, a Dupont, a Murrow, and a Lifetime Achievement Emmy. With topics ranging from her extraordinary career to her perspective on current affairs, Lesley Stahl discusses today’s hot topics with eloquence and a wealth of expertise.
Books by Lesley Stahl 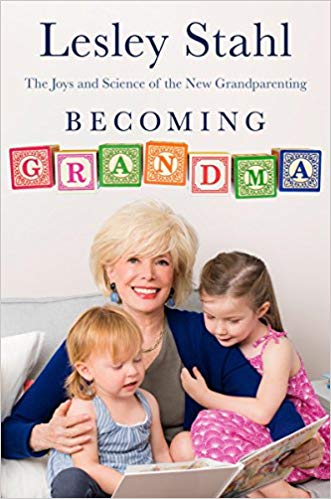 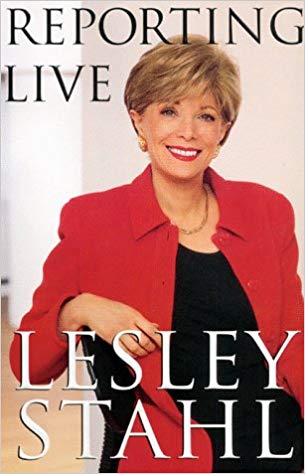 Lesley Stahl is one of America's most honored and experienced broadcast journalists. Her rich career has been marked by political scoops, investigations, surprising features and award-winning foreign reporting, a body of work that won her the Lifetime Achievement Emmy in 2003 for overall excellence in reporting.

She began her 30th season on 60 Minutes in September 2019, having joined the broadcast as a correspondent in March 1991. She is the author of two best-selling books: Reporting Live, about her work as a White House Correspondent, and more recently, Becoming Grandma.

Her recent work at 60 Minutes includes four interviews with Donald J. Trump, the first when he was the Republican nominee in 2016; the second was his first television sit-down as President; the third a one-on-one at the end of his second year in office, and most recently, before the 2020 election. The fourth interview became well-known when Donald Trump walked out early. The New York Times stated, "the footage shows Ms. Stahl...calmly and firmly asking the president about the coronavirus and other topics as Mr. Trump grows increasingly irritated."

Nancy Pelosi gave Stahl her first TV interview as Speaker of the House in 2007 and again, when she returned as Speaker, in 2019.

Stahl's revealing interview with the new Secretary of Education Betsy DeVos was the subject of headlines and political talk shows. She earned an Emmy for a shocking 2015 report on how some police recruit vulnerable young people for dangerous jobs as confidential informants. She won her 13th Emmy for her interview with the widow of a slain hostage that offered a rare look inside the technically illegal process of negotiating with terrorists.

In 2013, Stahl gained unprecedented access to the U.S.'s Guantanamo Bay prison facilities for a two-part series honored with an Edward R. Murrow award. In 2014, she won two Emmys, one for the Guantanamo series and another for an eye-opening story about China's huge real estate bubble. Later in 2014, she was honored by the International Center For Journalists with its Founders Award for Journalistic Excellence.

Her uplifting feature, "Gospel for Teens," was recognized with two Emmy Awards in 2012.

That same year, her whistleblower interview with F-22 Raptor pilots provided the first public personal accounts of the fighter's oxygen system troubles, spurring the Secretary of Defense to take action. Stahl's interview of a former CIA Clandestine Services chief about the use of "enhanced interrogation techniques" on al Qaeda operatives sparked a national debate.

These are just a few examples of the breadth and variety of stories she has covered. Others include two reports from the Middle East in the fall of 2010, "Unfinished Business," about Iraq, and "City of David," about the Israeli-Palestinian conflict, which were honored by the Overseas Press Club for Best Interpretation on International Affairs. Her look at the life of a young, musical savant won her an Edward R. Murrow award for feature reporting for her 2008 follow-up on the boy, Rex Lewis-Clack.

Stahl has an impressive portfolio of interviews with CEOs, featuring Larry Page of Google, Mark Zuckerberg of Facebook, Jamie Dimon of JPMorgan Chase, Susan Wojcicki of YouTube, Beth Ford of Land O'Lakes and Reed Hastings of Netflix, among others.

She has paid tribute to her 60 Minutes colleagues in special reports on Mike Wallace, Morley Safer and Bob Simon. She interviewed Steve Kroft on his retirement in 2019.

Prior to joining 60 Minutes, Stahl served as CBS News White House correspondent – the first woman to hold that job – during the Carter and Reagan presidencies and part of the term of George H. W. Bush. Her reports appeared frequently on the CBS Evening News, first with Walter Cronkite, then with Dan Rather, and on other CBS News broadcasts.

During much of that time, she also served as moderator of Face The Nation, CBS News' Sunday public-affairs broadcast (September 1983–May 1991). For Face The Nation, she interviewed such newsmakers as Margaret Thatcher, Boris Yeltsin, Yasser Arafat and virtually every top U.S. official, including George H. W. Bush and Vice President Dan Quayle.

She was co-host with Charles Kuralt of "America Tonight," a daily CBS News late-night broadcast of interviews and essays (October 1990-March 1991).

Her experiences covering Washington for more than 20 years became the subject of her book Reporting Live (Simon & Schuster, 1999). In it she recalls covering Watergate – from the break-in in 1972 to the Impeachment hearings of President Nixon in 1974 – as well as the 1981 assassination attempt on President Reagan, and the 1991 Gulf War. She reported on the U.S.-Russian summit meetings and the economic summits of the industrialized countries, as well as the national political conventions and election nights, throughout her career.

Stahl anchored several CBS News documentaries, including "The Politics of Cancer" and "In the Red Blues," about the budget deficit, both for "CBS Reports."

She has a collection of awards besides her Emmys. She won an Alfred I. duPont-Columbia University Silver Baton in 1996 for "Punishing Saddam," which exposed the plight of Iraqi citizens, mostly children, suffering the effects of the United Nations sanctions against Iraq.

In 1996, Stahl was awarded the Fred Friendly First Amendment Award, given by Quinnipiac College, in recognition of her journalistic achievements. In 1990 she was honored with the Dennis Kauff Journalism Award for lifetime achievement in the news profession.

She and her husband, author Aaron Latham, live in New York. They have a daughter, Taylor Latham, and two granddaughters. Jordan and Chloe, the subjects of her book, "Becoming Grandma: the Joy and Science of the New Grandparenting."